The Nutjob, the Vixen and the Babe: Female Stereotypes in This Year's Oscar-Nominated Films 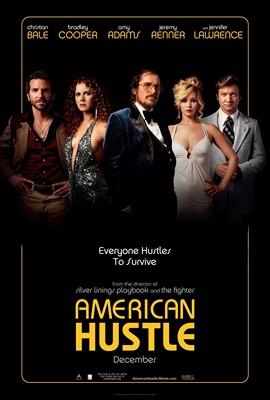 Much has been made of the quality of films to make the Oscar cut this year, and we couldn't agree more. From the rip-roaring perm-haired zip of American Hustle to the 3D dazzle of Gravity to the tragic and important narrative of Twelve Years a Slave, the crop of films up for big awards come Sunday is well-worth applauding.

Still, though, there's one element to these films that invites pause: crappy depictions of women. Here are but a few of the annoying female archetypes on full display in Oscar-nominated pics:

While J. Law did her best to imbue the big-haired, big-mouthed character of Rosalyn Rosenfeld with humanity, at the end of the day, she was basically every guy's worst nightmare of a woman: a borderline-sociopath using manipulation as means of marital entrapment. Amy Adams' Sydney Prosser character, while better, also fit a maddening stereotype: the smart woman who gets ahead with a breasts-first approach. Ugh.

In theory, Gravity's Dr. Ryan Stone character is a victory of women: a whip-smart medical engineer and astronaut who uses strength and intellect to navigate her way out of space (shudder). But was it really necessary to cast the gorgeous Sandra Bullock in the role? Yes, smart women can be smokin' hot, but why do they always have to be? (Hello, Denise Richards as a nuclear physicist!) Constantly casting babes as scientists makes it seem like being super-intelligent just ain't enough. Considering George Clooney was also cast as an astronaut, this isn't even necessarily gendered—just another egregious example of look-ism in Hollywood.

See also: Cate Blanchett's eponymous character in Blue Jasmine, who ended up (spoiler alert!) a muttering, crazed bag lady on the streets when money and big-ticket items were stripped of her. Because, you know, that's what happens when ladies can't have their designer goods anymore.

That said, it wasn't all bad for women in Oscar-nominated films. The Dallas Buyers Club had not one, but two wonderful female characters—the smart and compassionate doctor played by Jennifer Garner and the transgendered Rayon, who (a true rarity) was portrayed as a real, wonderful and complicated human being rather than a one-note stereotype (Jared Leto FTW!). And anytime Judi Dench is on screen, like in Philomena, woman/humankind takes a giant leap forward in sheer awesomeness.

Still, it's worth crying foul on some of the stereotypes this year. There are many, many women who are not manipulative, materialistic and/or sociopathic. Don't we deserve a place on the silver screen, too?