Science Says Dudes with Brothers are Nicer to Women, (As Long as You Date Fruit Flies?!) 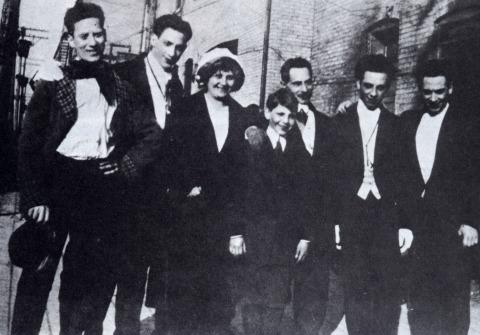 Admit it: you've always wondered about the intricacies of sex between those pesky fruit flies. So rejoice my fierce females, because we have answers for you!

New research shows us that flies who live with their brothers in happy little fly homes aren't as competitive for females than flies who live with a plethora of random flies. This means that flies boasting brotherly love cause less harm to females when attempting to court them. Otherwise, flies are (apparently) super aggressive and hound the females so much that the poor little girly flies barely have time to eat or sleep. (Sound familiar?!)

In large populations brothers don't need to compete so much with each other for female attention since their genes will get passed on if their sibling mates successfully anyway. Their more relaxed attitude to mating results in fewer fights and they also harm the females less as their courting is not so aggressive. When unrelated flies are together, the females are constantly being pestered for sex, which may leave them little time to eat or rest.

I'm really sorry for giving you that visual. As penance, I made a list of smokin' hot celebrities with same-sex siblings. We're not sure if the same rule applies to humans (or women for that matter) but let's just pretend it does for the sake of the 'ol spank bank:

Ashton Kutcher has a brother (bonus: a twin!)

Adam Levine has a younger brother named Michael. You know how Adam is super passionate about gay rights? Well, that's because Michael is gay!

Beyonce has a sister, who is also famous (and beautiful!) named Solange.

Penelope Cruz doesn't have a twin, but younger sister Monica could easily pass as one!