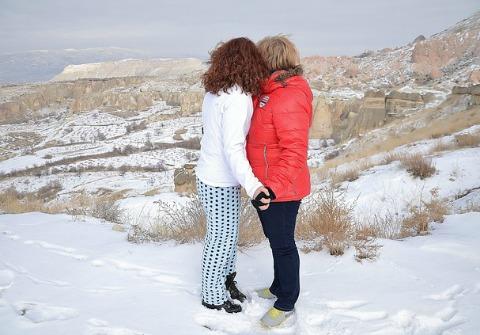 There’s been a lot of buzz about upcoming movie Divergent (based on the novel by Veronica Roth). Or should we say, lots of buzz about the star, Shailene Woodley. You may recognize her from The Secret Life of the American Teenager or The Descendents, but her fierce words are what's really getting attention these days.

This bold babe has already proved that she’s not afraid to speak her mind. Recently she dissed Twilight, claiming that it didn’t empower women. Honestly, we couldn’t agree more. Young girls shouldn't think that they need a boyfriend or girlfriend to be awesome — just need yo' sweet self!

We thought she was finished critiquing how ladies are portrayed in film? But, helllll no. She had way more to say. This time she begged women to respect each other—and presented a solid point:

Oftentimes in films, even if you do have a really strong woman, there’s jealousy and envy among her sisters. So you’ll have this really empowered leader, who’s a chick, and then she has some sort of envious relationship with another woman in the movie. And in ["Divergent"], there’s no envy and no jealousy–no ridiculous girl-fights. It’s such an important message to send out there in this age of feminism because, yes, men need to respect women, and women need to be the leads of films, but at the same time, how do we expect men to respect women if women don’t respect women? A big theme in my life is sisterhood, and I think that this movie is a really great representation of that–of being there and supporting one-another without the malicious attacks that so often come in movies and media. So many women feel so much anger towards other women.

Let's all shine together, shall we? Thanks Shailene for the inspiring words!

If you like this article, please share it! Your clicks keep us alive!
Tags
Shailene Woodley
Divergent
Friendship
Love
be nice
girlfriends
empowerment
Twilight