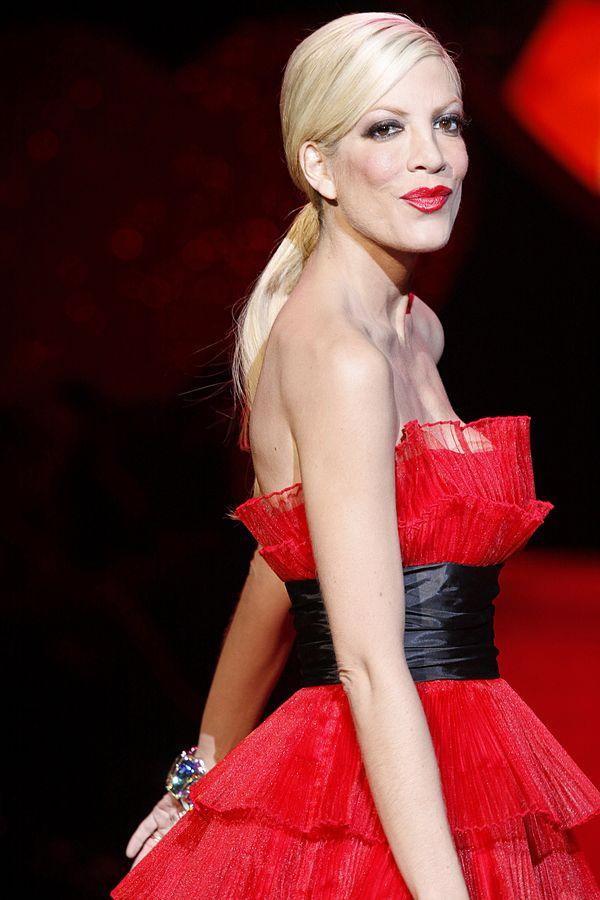 In case you missed it, poor Tori Spelling is dealing with a crumbling marriage. The author, blogger and Lifetime television-movie staple is on the outs with her husband, Dean McDermott, who had a one-night stand with a younger woman in a hotel room, as first revealed in the pages of US Magazine. The tabs have been breathless with speculation about whether or not Tori will reconcile with her two-timing husband, who recently went to rehab for "personal" issues.

Now, in order to deal with this difficult matter more thoughtfully and responsibly, the couple has decided to...star in a reality TV show about their crumbling marriage aptly named? True Tori. (Ah, the glory of the word play!)

Dear Tori: this is a really stupid idea. Not just because it sounds stupid, but because we have actual evidence that it's stupid.

In fact, it seems pretty much every couple ever on reality TV has ultimately broken up. Apparently, losing all privacy while having your personal woes publicly aired is a surefire way to rip at the threads of everlasting love. Who knew?

And no, we're not just talking about relationships that started on reality TV here—the Bruce and Kris Jenners or Kate and Jon Gosselins of the world—but couples with existing careers in the spotlight who decided to drag themselves through the squalid mire that is reality television. Here are three of the most prominent examples of celeb-couple reality shows—plus the time it took to file for divorce papers.

Newlyweds: Nick and Jessica
Remember when Jessica Simpson's air-headed buxom blond bonanza bounced its way into America's golden heart? Documenting the pop star's marriage to boy band hunk Nick Lachey, we witnessed her act increasingly dumb and ditzy much to her husband's supposed (and possibly very real?) exasperation, peppering our viewing pleasure with "cute" quotes like this gem: "Jessica: You married me"; Nick: "Don't remind me."

It was supposed to be adorable when in actuality it was just annoyingly retrograde, not to mention relationship-destroying. The last episode aired in March 2005. The couple filed for divorce in December 2005.

Britney and Kevin: Chaotic
Pre-shaved and sans umbrella, Britney Spears graced audiences with a show about her marriage to back-up dancer heard 'round the world, Kevin Federline. It mostly involved the couple talking about their hot sex lives, making everyone super-uncomfortable. (Although arguably better than squabbling like old hens.) After a five-episode run, the series ended in June 2005. In November 2006, the couple went from "chaotic" to kaput.

Being Bobby Brown
This series documenting the tumultuous marriage of Bobby Brown and Whitney Houston was one of the first places the world bore first-hand witness to Whitney's struggles and Bobby's overbearing, villainous ways. The last episode aired in December 2005. The couple filed for divorce in October 2006.

Why oh why isn't this harrowing track record enough to convince Tori to pull the plug on her, "my-marriage-is-f'ed" reality show? Even if she didn't look at the burning wreckage of her predecessors, she herself has already been on reality TV with her husband, and look where that got them?*

Listen, relationships are hard no matter what, and they frequently fall apart off-screen too But there's enough proof out there to prove that reality TV + love = worst idea ever. Though, to be fair, it also leads to some seriously riveting "entertainment."