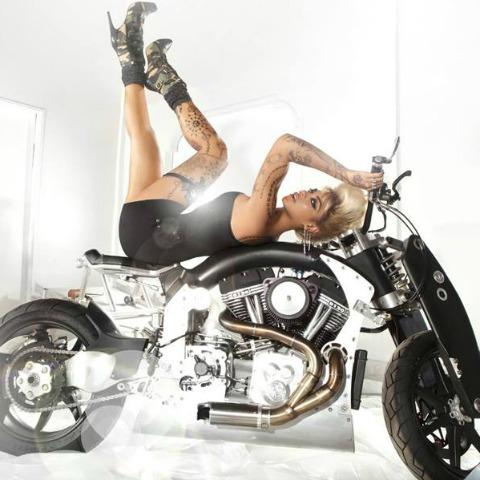 We totally love Beyonce. From her fierce femme fatale persona and her take that! sexist speech to her straight-up ridiculous outfits she wore during the days of Destiny's Child, it's hard to handle the juggernaut of style, talent and raw sexuality that is Queen Bey.

It's in this general awe that we initially cheered at this quote from her interview with Out. But upon reading it twice (and by "twice" I mean a few dozen times) something negative lingered.

I’d like to believe that my music opened up that conversation. There is unbelievable power in ownership, and women should own their sexuality. There is a double standard when it comes to sexuality that still persists. Men are free and women are not. That is crazy. The old lessons of submissiveness and fragility made us victims. Women are so much more than that. You can be a businesswoman, a mother, an artist, and a feminist—whatever you want to be—and still be a sexual being. It’s not mutually exclusive.

Personally, I'm all about owning your sexuality. My heroine is Samantha Jones and former flames have confessed that they find me "scary." Some of my very best friends are the complete opposite (which is why we're friends—lots to talk about). To them, donning a sexy outfit for anyone other than a significant other just isn't appealing. Indeed, to many women, embracing their eroticism outside the sheets simply. isn't. done. No shame. Bey, on the other hand, loves showcasing her voluptuous body and performing ultra raw dance moves. And while we believe her goal isn't necessarily to attract men's attention, she's sure as hell getting it.

Unfortunately, we live in a patriarchal society that attaches a profound stigma to sexually bold women. It's all well and good for Beyonce to put out videos like Drunk in Love and bask in waves of adoration, but if a "normal" woman put out something of that, um, caliber, she'd probably be called a whore, which isn't right—but it's real. Context is everything. There are countless ladies out there happy to give the middle finger to that notion and go on with their days. Sadly, this isn't the case for many women. You're not "caving" to the misogynistic Man if you abstain from grinding on chairs in public. Bey is simply one—often half-naked— woman flexing her sexual ferocity. In no way is she any sort of societal barometer or something to strive for...unless you naturally gravitate toward that kind of exhibitionism anyway.

I think it's best to avoid anybody's presumptions about what female sexuality looks like, even a quadruple platinum mega-star. Focus on how you "own" your sexuality (and hell yes that can be baggy jeans and a big ol' turtleneck beside a fire.)

Bey is completely right that being sexual never has to be mutually exclusive from being successful, but not everybody who loves their sexuality has to showcase it in a g-string.

Image: everyone wants to be that motorcyle. Courtesy of, Facebook

If you like this article, please share it! Your clicks keep us alive!
Tags
Beyonce
Sex
own your sexuality
female sexuality
Love
Relationships
Samantha Jones
patriarchy
not for everyone
cookie cutter sexuality