New App Can Find Your "Happiest" Facebook Friends (Is That Great, Depressing, or Does It Even Matter?) 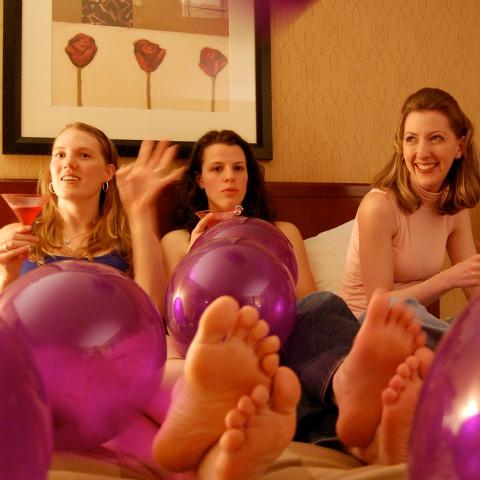 Ahhh, social media. You tell us so much, yet so very little. Then again, most of us are so closely glued to our phones it's hard to have any perspective on its psychological impact anyway. It's all just a blur of 'likes,' luscious photos, and a steady stream of frothing updates. There's no time to consider it's affect on our brains OK?!

But there's a whole bevy of humanity that knows all-too-well the sometimes detrimental effect Facebook has on our self-worth. But, there's also a flip-side to this roller coaster. Reading a post from an old friend beaming with excitement over her new promotion can actually make you happy too! (Instead of making you want to cry alone in the shower.) Because of these findings, TIME designed an app to determine your happiest friends on Facebook. Click away and find out just who you're inviting to Friendsgiving next year! (Instead of all those moody mopester-s from last year.)

So how does it work Giana? So glad you asked!

First, the app determines your top buds by tracking mutual friends, photos of you together and whose posts you have recently liked. Then, it analyzes the number of posts each friend has made in the last year (excluding people with fewer than 10) to determine the ratio of positive ("hilarious") and negative ("disaster") words. Now, the app doesn't understand context or sarcasm—but, when skimming through your news-feed quickly, it's easy for you to miss that as well. It's a fairish assessment.

Well, shouldn't you only surround yourself with who shower you with the excitement of tween girls at a Justin Bieber concert every time they see you?! Eh, not always. Motivational speaker Jim Rohn famously stated that our selves are the cumulative average of the five people we spend the most time with. It's all about achieving a balance your friendships. When looking for honest feedback about something—be it your relationships, job, alcohol consumption, etc.—a friend known to be the Eeyore of your friend tribe may give you a way harsh response you weren't ready to hear while your more sunny sistah might say something over-the-top positive. Neither is enough all by itself; but between the two extremes, you will reach your own conclusions.

That being said, sometimes you need a random smile to brighten your day, so you don't call up your existential nihilist Eeyore pal; it's just not what you need at the moment. And when your can't reach your pals, and your friendly coworkers and public transit neighbors fail you, it's all-too-easy to whip out your phone and check in on newlywed Tiffany (who was my happiest close friend on Facebook, thank you!) and see what grin-inducing things she's saying today. Aw, today she's feeling thankful for her awesome new sisters in law! That makes me feel thankful for . . . you get the idea.