This is Why You Should Recycle Your Sex Toys! 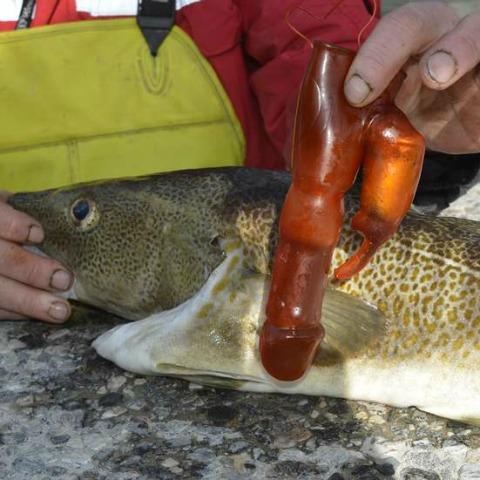 You know that recycling is important, Captain Planet has been teaching us this shit since like 1992. Yet, so many of us skimp out in easy areas. Even the most taboo possession hidden away in your sock drawer—your 'ol sticky sex toys—can, and should! be recycled.

Guys, it's all well and good to banish you butt-plug from your booty because o-l-d, but don't chuck it into the ocean—I mean c'mon now! There's already an unfortunate taboo attached to sex-cessories—ain't we clever? These O-making gadgets don't need any more bad publicity OK?! PETA is probably foaming at the mouth with fish-inflicted rage right now. It's all-too-easy to recycle these cum-laden gems and it takes oh-so-little effort on your part.

Companies like Scarlet Girl and Sex Toy Recycling will both gladly take your old vibrating friends to break down the materials and reuse them. Better yet?Both businesses will also give you a voucher that can be used for the purchase of a new toy!

If you'd like to take your sex-positive animal activism a step further, try GLYDE's certified Ethical, Vegan & Fair Trade condoms. Many condom brands (lookin' at you Trojan and Durex) test on animals, but GLYDE is committed to abstaining from such procedures. Also, they're totally organic and support nonprofits. Price wise they're on par with popular brands too.

Ultimately, it's important to reduce your impact in some other way than not showering or drinking whiskey instead of water.