Science is Sweet: Youth-Extending Revelations from Study of Centenarian's Body 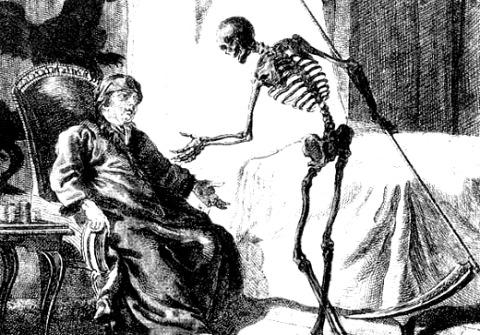 They say there are only two things certain in life: death and taxes. But new discoveries in medical research continually invite speculation on humankind’s potential to cheat the grim reaper (sorry, no scientific insight into avoiding taxes). A recent example comes from a proclaimed “pioneering” analysis of blood from one of the oldest and healthiest people in history. The study provides clues to the ultimate boundaries of the body, and gives hope for future interventions.

Born in 1890, Hendrikje van Andel-Schipper of the Netherlands was at one point the oldest woman in the world. Even in her latest years she was remarkably healthy, with striking mental sharpness, and a disease-free blood circulatory system (normally a common weakness among the elderly). Luckily, when she died in 2005, she agreed to donate her Gilded-Age body to science.

Examination of her blood and other tissues suggest that barring other bodily breakdowns, our lives are ultimately limited by stem cell fatigue—that is, the capacity of stem cells to keep replenishing tissues. Being the busy little bees they are, stem cells eventually reach a point of exhaustion, gradually die out, and steadily diminish the body’s ability to regenerate itself.

1. It appeared that about two-thirds of the white blood cells remaining in her body at death originated from just two stem cells (which can be deduced by matching accumulated mutations in blood cells to mutations in their mother stem cell), implying that most of the blood stem cells she had when thrust into this mortal coil had burned out and died before her demise.

2. Corroborating observations showed that cells that had replicated many times (like blood cells) were worn down compared to her brain cells, which hardly replicate in life.

Putting these findings together, the research team posited this quandary: Is there simply a finite boundary to our life spans based on a limited number of times a stem cell can (healthily) divide? Or, as the head scientist asked, “can you get round that by replenishment with cells saved from earlier in your life?” Gasp!

The team ended the analysis with the tantalizing possibility of rejuvenating ageing bodies by injecting stem cells saved from birth or early youth. These pristine stem cells would presumably be free of the mutations that develop during replication, and ready to blast out Superman cells. Kind of sucks that theoretical fountain-of-youth treatments like this probably won’t exist until after all of us currently living are long gone. But by then the Earth might be a hostile gas chamber of doom anyway, so maybe it’s a wash.

If you like this article, please share it! Your clicks keep us alive!
Tags
study
death
stem cells
replication
oldest
Youth