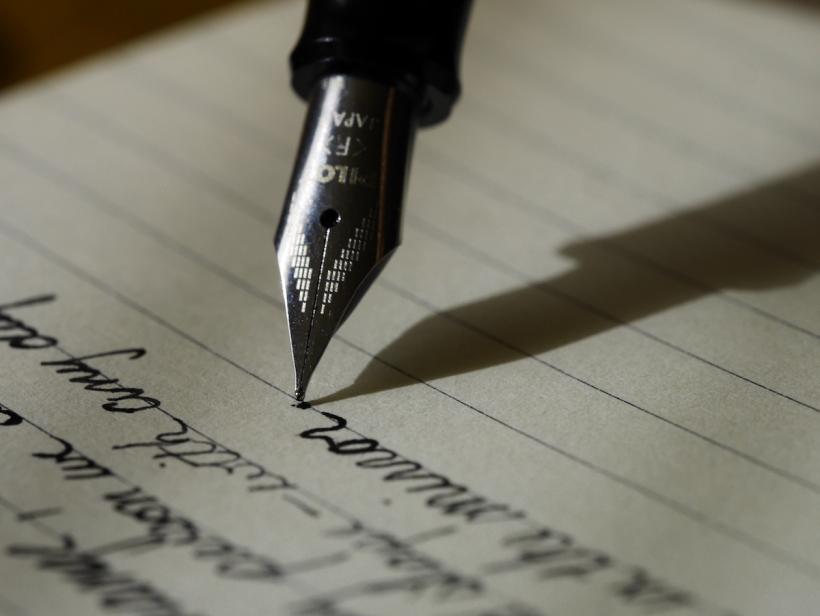 Photo by Aaron Burden on Unsplash

In the book, The Art of Death: Writing The Final Story, Edwidge Danticat writes with profound openness about her mother’s death. The book explores writing on death, in some effort to explain how to write it, and it get rights to the heart of the matter. Danticat mentions Mary Gordon’s memoir, Circling My Mother, in which Gordon states that writing was the only way that she could mourn her mother.

It was described as an active grief. That made sense to me; some grief is inert. Some grief is an engine. Sometimes actively participating in grief, I’ve learned, is one small way we can learn to escape its riptide.

In a way, when we mourn and when we write, we are weaving an indelible memory. We can do something with the grief.

Two years ago, I lost two people who were close to me. The grief was tidal, and I was at sea. Nights were underscored by anxiety around what I could have or should have done, obsession on mortality and meaning, and nostalgia like a drunken swirl. My days were hazy, weary, long. At work, I was distracted. At home, I was restless. I was caught between trying to live and trying to let go.

Grief if a sickness that grows without cure. It affects more than the body, more than the mind. It affects the essence of us, our starstuff, our souls, our hearts, our energy. It metastasizes over a lifetime, and with each new death it takes a new organ. I’m only 33. I’ve got a way to go. You may be further.

My aunt, just before she died, asked me over the phone what I’d be doing that night. Her voice was so small, so sick, so tired, but I could tell she was trying to sound enthusiastic. She was one of those rare beings who emanated an effortless and natural light; she was full of the beauty of this life, and you couldn’t help but feel it. I wish I spent more time with her when she was alive. I wish she knew that.

“I’m going out to listen to some music,” I told her. I was going to see a symphony.

“Well, dance...for me, honey!” she said in her thick Virginia accent. My aunt loved to dance. She danced every week until she couldn’t. In that way, she worked her way into my DNA.

“I will, Aunt Ruthy, I promise,” I told her. I couldn’t bring myself to tell her it was a symphony; I wouldn’t be dancing. The point is, I would dance for her. And I would remember to dance forever.

After she died I swung between regret and anger. Why did she have to suffer? Why do bodies simply expire after living and giving birth and making art and making love? How could that be the end for each of us? I regretted not dancing more. I regretted not calling her more before she passed.

And so when she died, I took to the journal to write a letter. Journaling was one of the only things that made sense; I was able to say everything out loud, rather than keep it boxed up, throat-less. Without shame, and without censorship.

When I finished the letter, I placed it in a wooden bowl and burned it. You may want to burn it, bury it, or store it in a box. There is magic in transforming your memories into words and then your words into foreverness by casting it out. No matter your religion or belief, you’ll be pulling the wound out of your body and onto paper.

The very act of embracing your feelings around death, summoning the memories of your dead, and inviting them into your space through the page is powerful'; it is a conjuring on many levels. And it is a great way to embrace the death positive philosophy, which encourages people to speak openly about death, dying, and corpses. While no philosophy can remove the eternal sting of death’s pain, this philosophy helps to lessen the shame, fear, confusion, and stigma attached to death and grief.

THE RITUAL: WRITING LETTERS TO YOUR DEAD

Choose who you’ll write to, and what you want to say. Your letter can be written on paper or electronically. You may speak it into a audio recorder, type it out, or write it by hand. What feels right?

Do you have a photograph of them? If so, place it before you. Light a candle and look into the flame. Think of this flame as illuminating a way for them to come home, to you, to your room, to your side.

Sit here for a bit.

Some grief is extra complex. Perhaps the person who passed away was someone who hurt you but whom you still mourn. If so, acknowledge this. What did they do to hurt you? What have they done that has never been resolved? How has it hurt you? Can you forgive them? Can you work on forgiveness? There is no shame in not reaching forgiveness; this is a personal act.

Open the letter, “Dear [NAME],” and then go as naturally as you’d like. You can remain in the positive, or tell them everything you miss about them. You may want to tell them the hard truth; you may to let the rage out of its tiny, silenced box. Or, maybe you want to tell them it’s okay to go. Perhaps they felt they had to stay? Perhaps they suffered? Maybe you simply want to know what it’s like to be dead. The letter can be structured or wild. This is up to you.

The important thing is that you’re honest and that you say everything you want to say, no holds barred.

You may do this whenever you feel the urge rising up. Maybe you make it a point to do write to them with each new moon, or on their birthday.

Whatever feels right to you is what is right for you.

An ending note: If you are afraid of the darkness (this is shadow work) involved here, keep your environment comfortable and comforting. Have objects of happiness and light around you. Make sure you have a support system on speed dial. Be sure to take care of yourself afterward. Part of diving into the abyss is knowing your way out.

If you like this article, please share it! Your clicks keep us alive!
Tags
grief
Ritual
rituals
letter writing
writing
death
loss