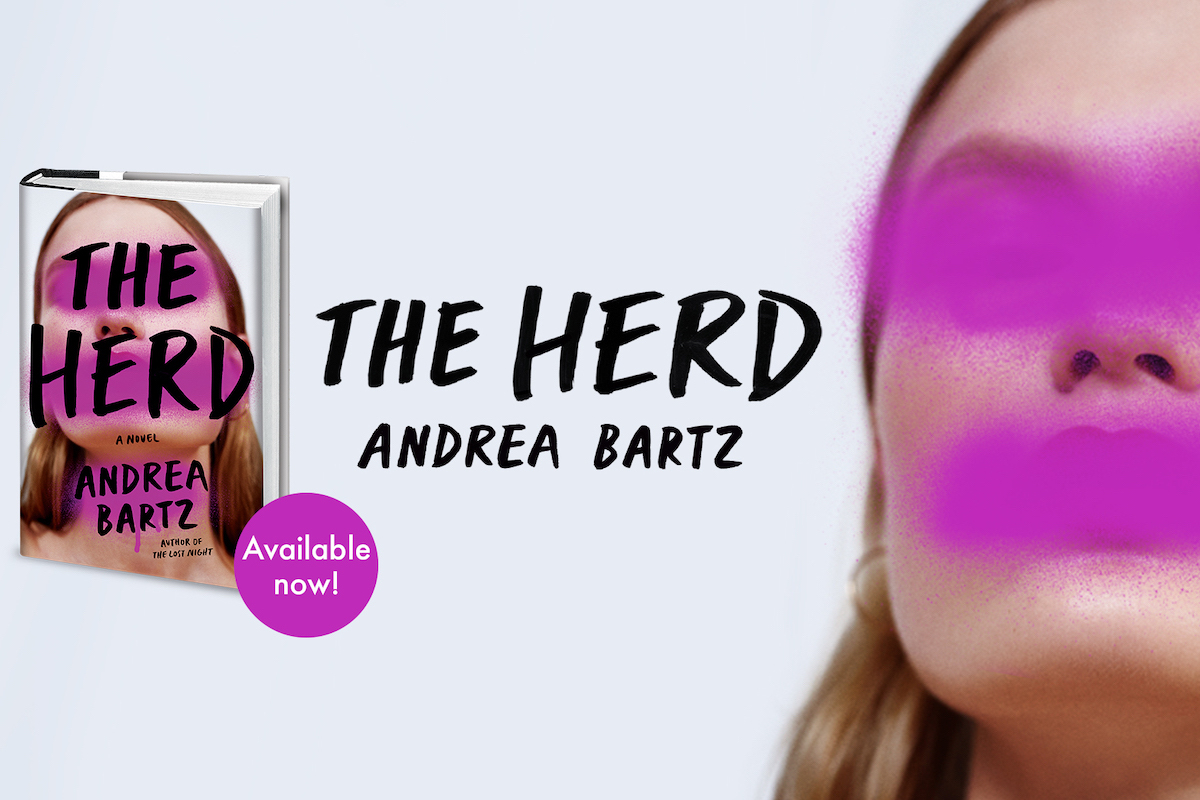 The name of the elite women-only coworking space stretches across the wall behind the check-in desk: THE HERD, the H-E-R always purple. In-the-know New Yorkers crawl over one another to apply for membership to this community that prides itself on mentorship and empowerment. Among the hopefuls is Katie Bradley, who’s just returned from the Midwest after a stint of book research blew up in her face. Luckily, Katie has an in, thanks to her sister, Hana, an original Herder and the best friend of Eleanor Walsh, the Herd’s charismatic founder.

Eleanor is a queen among the Herd’s sun-filled rooms, admired and quietly feared even as she strives to be warm and approachable. As head of PR, Hana is working around the clock to prepare for a huge announcement from Eleanor—one that will change the trajectory of the Herd forever. Though Katie loves her sister’s crew, she secretly hopes that she’s found her next book subject in Eleanor, who’s brilliant, trailblazing—and extremely private.

Then, on the night of the glitzy Herd news conference, Eleanor vanishes without a trace. Everybody has a theory about what made Eleanor run, but when the police suggest foul play, everyone is a suspect: Eleanor’s husband, other Herders, the men’s rights groups that have had it out for the Herd since its launch—even Eleanor’s closest friends. As Hana struggles to figure out what her friend was hiding and Katie chases the story of her life, the sisters must face the secrets they’ve been keeping from each other—and confront just how dangerous it can be when women’s perfect veneers start to crack, crumble, and then fall away altogether.

Where did you first get the idea for THE HERD?

I love setting whodunits within exclusive, closed-door worlds with tight-knit members; with THE LOST NIGHT, my first thriller, I set a murder mystery within the warehouse parties of circa-2009 hipster Brooklyn, and I wanted to find an equally compelling social milieu. I was kicking around several ideas, including a Wing-like all-female coworking space, when I suddenly saw the logo: THE HERD with the H-E-R in purple. It made me laugh and convinced me to move ahead with the idea: the glamorous founder of an elite women's workspace vanishes on the night of an important company announcement. The space became a fun crucible to play with as a backdrop.

What do you hope readers take away from the book?

First and foremost, I hope it's an entertaining, escapist page-turner! WSJ Magazine said, "A wonderfully gossipy thriller about feminism, friendship and foul play, The Herd is a lollipop of a novel that will suck you right in," and that's exactly where I was aiming: fun and soapy but with a little substance, too. I hope it makes readers think about the double standards surrounding how women are “supposed” to behave—we’re constantly on a tightrope between seeming ambitious but now work-obsessed, competent but not bossy, agreeable but not weak, authoritative but not intimidating, pretty but not vacuous, and so on. Men don't face the same expectations when it comes to "likability," and the contradictions set us up for failure and drain our energy. THE HERD drills down into the ramifications of living in a society that keeps one gender down—and explores how far women will go in the name of self-preservation and getting ahead.

How do you think the current pandemic will affect your writing process?

It's so hard to be creative when you're frightened and stressed. That's just biology; when you're in danger, you're in survival mode—not spinning lofty yarns about what would make a super clever and satisfying plot twist. I'm about to turn in a manuscript of Book 3 (and luckily, I finished the first draft before the pandemic hit), but soon I'll need to start thinking about my next book idea, and it's so hard to pull back and let my imagination soar when I am living in the COVID-19 epicenter and freaking out that my grandparents are still going grocery-shopping. I'm just trying to be very kind to myself and accept that right now is not the moment when I'll read all the classics or crank out pages and pages per day. Now that quarantine feels more normal, I'm getting back into a work routine, and eventually, I'll be back at my old 600-words-a-day pace. March felt 4,000 years long, but April flew by, and I think that's because we've kind of accepted our fate and are getting used to this bizarre new normal.

The worst piece of writing advice I've ever received (and continue to receive!) is that you MUST outline your novel before you start writing. That's dumb! Some people work out the plot before they begin writing, and that's great for them, but I start with nothing but a premise and figure out the plot by vomiting words onto the page...and then later poking through to see what works (ew). If I waited for the ending to come to me before I began writing, I would....never begin writing. So if you have a great idea and don't know where it'll take you, go find out!

Which brings me to the best advice I ever received, back when I had the idea for THE LOST NIGHT but was freaking out because everyone hated hipsters at the time (it was 2014, remember the backlash?) and I worried it would never be sellable and it'd all be a waste of time. A friend gave me some real-talk; she was like, "Stop worrying about marketability and just fucking write." And she was right! The only way to write a novel is to...write a novel, and there's no sense worrying about the further-out steps before you type THE END.

So many great thrillers by women! Janelle Brown's PRETTY THINGS and Jennifer Hillier's LITTLE SECRETS just came out, and both are so modern and twisty and brilliant. Sara Sligar's debut literary thriller, TAKE ME APART, comes out 4/28, and I love love loved it—beautifully written and subtle and sexy. Coming out this summer, Leah Konen's debut, ALL THE BROKEN PEOPLE, is a masterful Hitchcockian thrill ride, and Megan Collins' BEHIND THE RED DOOR is gripping and leave-the-light-on creepy. 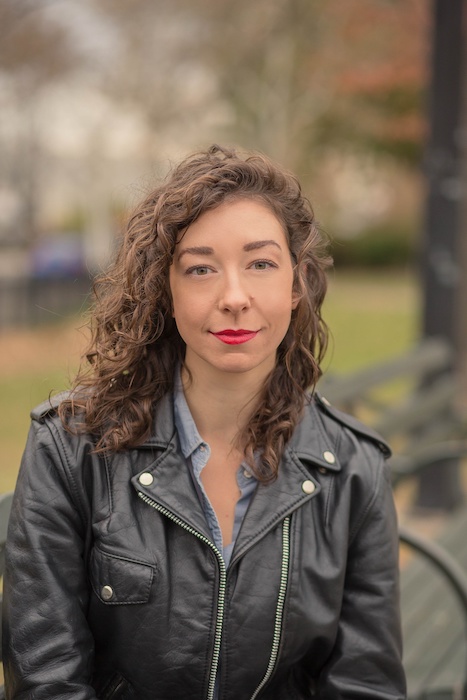 Andrea Bartz is a Brooklyn-based journalist and author of the new thriller THE HERD. Her debut thriller, THE LOST NIGHT (Crown, 2019), is being developed for TV by Mila Kunis. Andi hails from Milwaukee and studied journalism at Northwestern University before moving to New York to become a magazine editor. Her work has appeared in The Wall Street Journal, Vogue, Cosmopolitan, Women's Health, Martha Stewart Living, Elle, and many other outlets, and she's held editorial positions at Glamour, Psychology Today, and Self, among other titles.

If you like this article, please share it! Your clicks keep us alive!
Tags
q&a
Books
authors
novel
writing