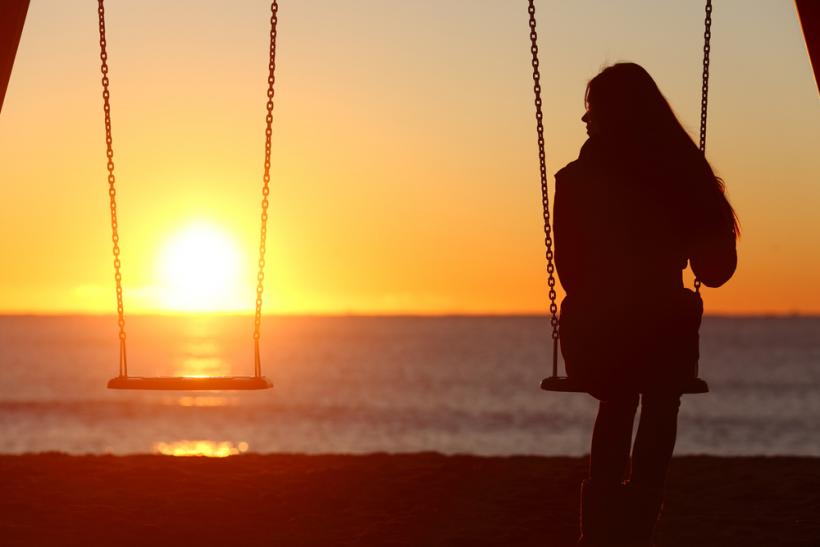 You can learn to live with the pain, you can move on as I have after over a decade of self-reflection and hard work, but you never, ever get over it.

Please don’t tell me how to grieve.

Dealing with the end of a relationship is never easy.

No matter how rough or clean the break was, there’s still parts of you that you have to pull back together. You may have certain shows you can’t watch for a while, or restaurants you can’t bring yourself to eat at because those things or places are connected more to your relationship than they are to you. While some of these things may end up banned from your Netflix queue forever, more often than not, with a little time and more positive associations, you can find your way back to your fave burger joint.

But it’s different when your partner dies.

I remember reading somewhere it takes twice as long as your relationship lasted to get over their death and I don’t know who came up with that statistic but I’m starting to suspect they just picked a number at random. I’m almost twelve years out since my girlfriend was murdered, and I still miss her every day.

When your partner dies, there is no breakup. There is no one final fight, there’s no final line that was crossed, there’s no calm conversation in which you mutually agree that it just isn’t working. You wake up one morning and suddenly you’re… what, single? If you didn’t break up, can you be single? Not that I was even thinking of my life in terms of my relationship status, not when getting through each day was like swimming through a thick fog of memories, walking over the shattered bits of our would-be future.

It took me a while to start dating again, and when I did I ran into all kinds of issues. In addition to my own paranoia and what I’m told by doctors is likely PTSD from the experience, there’s the issue of my baggage.

I’m a firm believer that everyone brings baggage into a relationship, but at what point do you spill the beans of, “Oh, and by the way, my last partner was shot in the back of the head?” If you do it too early you risk running someone off, wait too late and you may look like you were hiding an admittedly crucial part of your past from someone important.

I straight up had friends I’d had for years come up to me and say, “I can’t be your friend right now, I can’t deal with remembering her every time I see you.” If friends can’t handle it, how could potential partners?

I expected all of that, though. You know how heavy your own bags are. What did surprise me, was the insistence of a couple of my would-be partners that I “get over” my past relationship, like it was any other breakup and I was refusing to let go of an ex. For starters, I try every day to let go of that grief. It’s no fun to sit in a tub full of your own misery, and I do all the therapy and processing and facing it that I can figure out how to do. And for another thing, she’s not an ex.

My first major relationship after my partner passed lasted two years. She’d known my partner, and I thought this would make it easier – she knew exactly what I’d been through, how close we were, and was there for me in the aftermath. It’s why I was genuinely confused when she met me at my office before going to a movie and saw a photo of my deceased partner next to hers on my desk. Her mouth pinched, but she didn’t say anything then. Not until after the movie when it all but exploded from her.

“I can’t believe you still have a photo of her on your desk. It’s been four years. Aren’t you over it yet?”

All I could do was gape at her.

If I hadn’t convinced her already this wasn’t something I was just going to “get over,” I wasn’t ever going to have that power. Maybe it’s something you can only understand if you’re actually going through it yourself.

You can learn to live with the pain, you can move on as I have after over a decade of self-reflection and hard work, but you never, ever get over it.

Another one I heard a lot was “time heals all wounds.” That one’s pretty much a lie. Time definitely helps, though. The wound stops bleeding after a while and scabs over. You may pick at it a few times and open up the wound again, but eventually it scabs back over. The puckered scar stays right there, though. It’s a stain on your skin — a darker mark, reminding you of what you survived. Of what I survived.

If you like this article, please share it! Your clicks keep us alive!
Tags
get over it
death
grieving
grief
loss
PTSD
Love