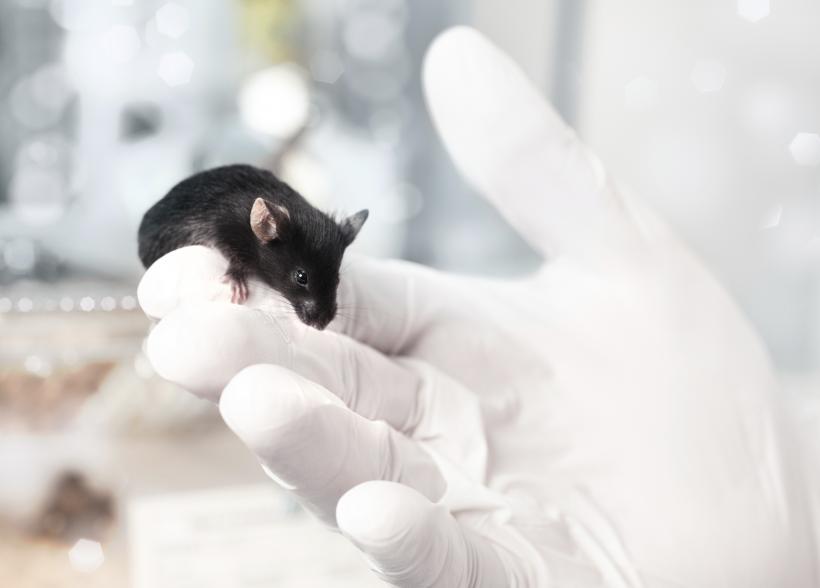 Don’t you loathe that moment when you find out all your hard work on a given project might be compromised because you were doing one itty bitty part of it wrong?

No, this isn’t a story about IKEA assembly—it’s about a new study arguing that mice have different physiological responses to male and female researchers. Because mice are the go-to animal for laboratory testing—and the findings may even extend to other lab rodents—this constitutes a sad revelation that the vast number of studies using male lab technicians may be flawed.

If you're wondering just how anyone figured out this strange reality, it's rumored that extra-observant students at McGill University in Montreal (who were looking for signs of pain in mice), noticed the rodents failed to display this response if handled by male students. As tends to be the case in science, this observation begat an experiment—and guess what is found. Mice left alone with a man had increased levels of a pain-relieving hormone. Researchers isolated the key variable to men’s pheromones—since the mice also reacted this way toward female researchers if they had on T-shirts worn overnight by men (hubba hubba).

While this might give the impression that men have a soothing influence on mice, it's actually quite the contrary! Jeffrey Mogil, the head researcher in the study, conjectures that “[i]t’s a primordial response. If you smell a solitary male nearby, chances are he’s hunting or defending his territory.” Feeling pain can leave a creature more vulnerable, so the mice’s bodies nixed it. (Granted, this explanation is just a theory that probably requires more corroboration).

Indeed, as the mice’s bodies numbed their physical pain, they also produced “massive” amounts of stress hormones when handled by men. Both of these physical responses would represent a confounding factor in many-a-study, since experiments often look for very specific chemical ratios in their findings, or for certain physiological responses.

At this point, everyone just sort of hopes this factor wasn’t especially important in previous findings. Unless any selfless volunteers out there step forward to redo, you know, like every. rodent. study of the past 200 years.

So how does this affect future research? Mogil relays that mice can acclimate to a man’s presence, if left alone with him for 45 minutes or so before an experiment. But that's also what we call a major time waste. “I don’t actually expect anyone to do that,” he says. “Really. . . people have to put this information in their methods section, pure and simple.”

Although, it seems like researchers could bypass this whole methods-section disclaimer business and possibly have more reliable data if they had an all-female staff to handle the mice. We're not gonna lie—this is a rather shitty way to gain more female involvement in the sciences, but hey—we'll take encouragement for less Barbie and more science kit where we can get it.

If you like this article, please share it! Your clicks keep us alive!
Tags
science
Research
studies
mice
men
women
flawed