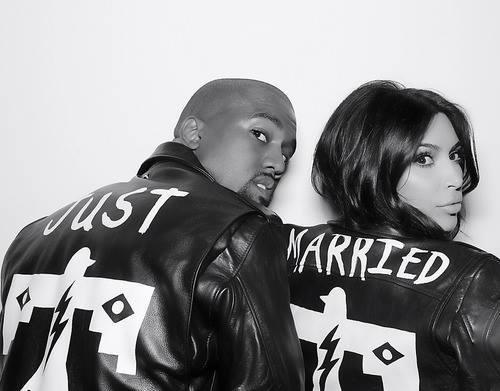 Unless you've been living in blissful serenity under a news-sheltered rock (lucky you), you've likely heard that Kanye West and Kim Kardashian got married this weekend. But as much as we want to mock the nuptials, we couldn't muster even an ironic chuckle when we saw the pictures.

Brace yourselves, folks, because . . . the two are actually damn cute together.

Kanye West looks like a wealthy, rapping Ted Mosby, elated to be accompanied by the mother of his adorable baby daughter. Kim Kardashian is always beautiful (shut up haters, Kim's a looker and you know it), but it's the happiness in her eyes that really make her stun. 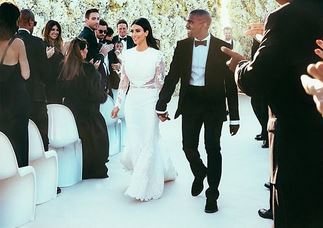 If hearing this earnest praise for the happy couple makes you want to stick your finger in your mouth while yelling "blech!" like a grade schooler, ask yourself this: why is it so difficult to take celebrity relationships seriously? Sure, Kanye released that ridiculous "Bound 2" music video, featuring him and Kim riding horseback in borderline-creepy naked bliss. But one silly video doesn't mean the two can't share a genuine emotional bond.

Here's the thing: we know nothing about their relationship. And yet we lowly non-celeb peons are all too happy to laugh at and judge it.

Are Kim and Kanye vain, self-absorbed stars who are extremely irritating at times? Hell yes. But that doesn't mean they don't deserve love and happiness. Anyone who's read Wurthering Heights could tell you that. I mean, Cathy and Heathcliff are arguably the worst people ever, yet we all totally rallied to support their trainwreck of a love story.

So what's our problem?

Maybe jealousy. Maybe cynicism. Maybe a penchant for all things snarky. But instead of hating, why not get lost in the spectacle of a loving couple's lavish wedding? As the Beatles crooned, all you need is love . . . no matter how rich, annoying or conceited you are. 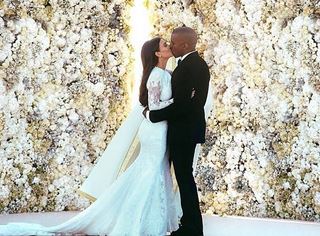 If you like this article, please share it! Your clicks keep us alive!
Tags
Kanye West
Kim Kardashian
Love
Relationships
marriage
trending
Wurthering Heights
Cathy and Heathcliff
love story
celebrity
self absorbed
vain
vapid
out of touch
happiness
all you need is love