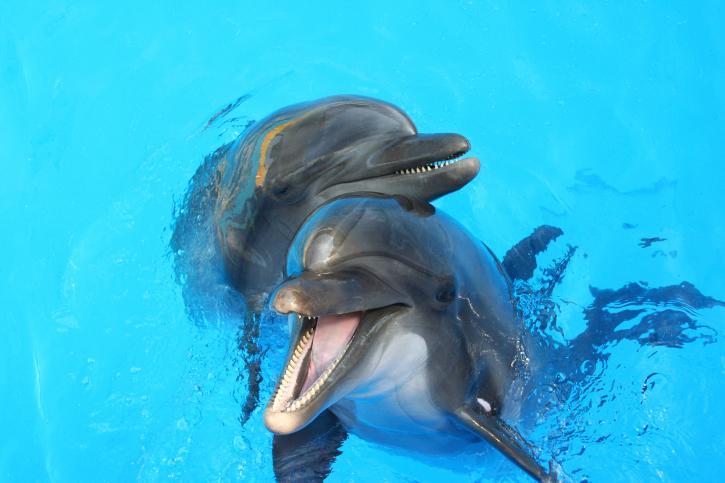 Back in the free-love 1960s, scientist Margaret Howe Lovatt assisted Dr. John Lilly with some dolphin research. She expected to teach dolphins to communicate with humans. Instead, she found an ultra-horny dolphin who routinely tried to seduce her with his marine mammal charm. Winning!

The new documentary The Girl Who Talked to Dolphins explores the journey of this unusual relationship. Lovatt is quick to say the experience wasn't sexual for her—sensuous at most—but it was reportedly damn randy for the dolphin.

So did she stumble upon a sexual anomaly—the Ron Jeremy of the dolphin pack?

The Truth About Dolphin Sexuality

Producing offspring is not always the goal for dolphins. In fact, they even experiment with homosexuality. Some do the dolphin equivalent of college girl-on-girl makeout sessions. Others actually take experimentation to a new level: dolphins can pursue same-sex tendencies exclusively for extended periods of time. Tell that to your homophobic uncle next Thanksgiving!

On a darker side, dolphins do rape each other. One creepy study found that dolphins will engage in gang rape to assert dominance, thereby challenging everything I thought to be right in the world.

Perhaps lady dolphins can take #YesAllWomen to the ocean.