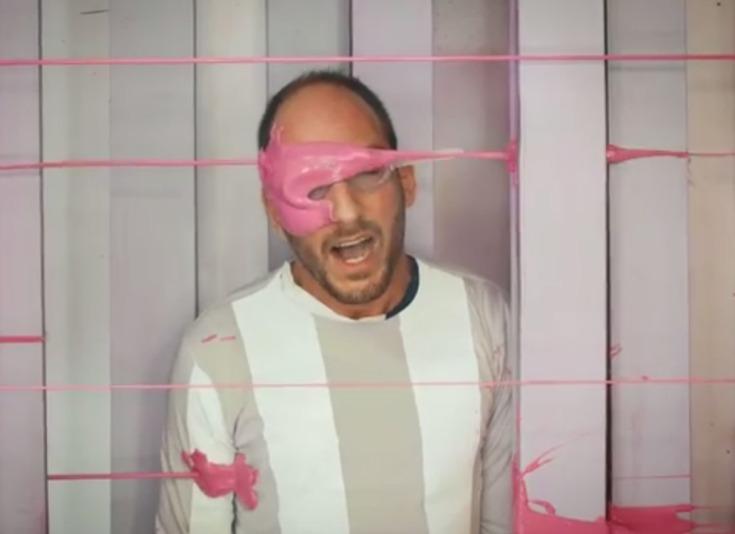 Love optical illusions? Dig a good music video? Well look no further, my friends: OK Go's new video "Writing's on the Wall" is a feast for the eyes and brain. You won't know what the hell is going on . . . but in a good way!

"Writing's on the Wall" was reportedly filmed in a giant Brooklyn lot. But I think it was actually shot in a parallel universe where basic laws of logic cease to exist.

Done in just one shot, it takes the viewer on a crazy journey of color, disbelief, amazement and just general OMG-ness. At the end, the crew pops out of the background and everyone cheers. We can only imagine the immense amount of work it took to accomplish this feat, and it's impressive how far OK Go has come since "Here it Goes Again" back in 2006. Their music continues to be an awesome indie installation, while their videos captivate the Internet.