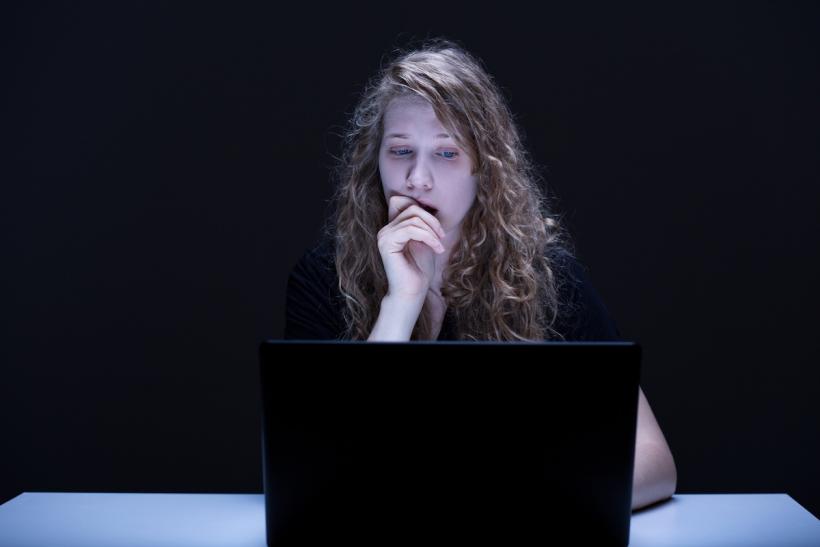 Sadly, I know I'm not the only one who was hurt by Logan Paul's video.

When I was just 21, my father died from suicide. The months and years following his death were harrowing — a mixture of numbness, confusion, anger and unrelenting sadness. The wounds of grief imprinted themselves on my heart like a tattoo.

Last week, those wounds were opened once again, thanks to YouTuber Logan Paul and his irresponsible and insensitive video that featured a suicide victim in it.

Sadly, I know I'm not the only one who was hurt by Paul's video. I know because it's a hurt shared by so many survivors of suicide. With just one video, it feels like you're reliving the suicide of your loved one all over again. Even now, 15 years later, everything about that Monday morning my father died still plays vividly in my mind. The note he left. The people who poured through our small apartment. The way nothing felt real. The way everything felt too real.

As someone left in the wake of suicide's devastation, I'm appalled that anyone would think this type of video is acceptable. Suicide is nothing to make light of or use for shock value. It's not something to use as click bait or to up your views. It's not funny or hip or cool.

Naturally, my mind immediately goes to the victim's family; I wonder about them — if they're feeling the same things I've felt for 15 years. I can't imagine what would be going through their minds if they logged on to YouTube, only to see their loved one on the screen. No family should have to endure that.

I wonder about the victim. Who were they? What were their hobbies? Were they someone's sister? Son? Best friend? Father? Did Paul even take time to consider who this person was? Something tells me he didn't think twice about it.

Paul took to Twitter to explain his intentions with the video, saying, "I did it because I thought I could make a positive ripple on the internet, not cause a monsoon of negativity. That's never the intention. I intended to raise awareness for suicide and suicide prevention..."

He didn't raise awareness. Instead, he exploited someone's pain and their family's grief all in the name of a viral video.

If he really wanted to raise awareness, he'd certainly have the platform to do it. Paul has amassed more than 15 million subscribers on his YouTube channel; there's no denying that his platform is astronomical. But what exactly are his young viewers supposed to take away from a video in which he's laughing over the victim's body? What kind of message is that sending? His fans, mostly preteens and even younger, are incredibly vulnerable and impressionable. They look up to their favorite YouTubers, watch their favorite videos after school, and some aspire to be the next big social media star. It's scary to think this is the sort of content they might try to emulate.

Amid controversy, Paul has since deleted the video and posted an apology video, and YouTube released a statement this week in which the digital platform said they were "upset by the video that was shared last week. Suicide is not a joke, nor should it ever be a driving force for views.” YouTube has also cut Paul from its premium advertising.

But as is often the case when celebrities are caught behaving badly, Paul's words and YouTube's actions are too little, too late. Because things aren't nearly as easy for people like me.

Unlike Paul, survivors of suicide can't just delete a video or close our laptops and just go on to something else.

As much as we can "move on," whatever that means, we will always carry the pain of our loss wherever we go and whatever we do. There's no "out of sight, out of mind" for us, and, sadly, there never will be.

Suicide is devastating, plain and simple. But what's even more troubling in all of this? Paul's seeming inability to realize the full ramifications of his actions, despite taking the video down and issuing an apology. Because for me, suicide isn't something that can be dealt with in a simple apology video. Maybe Paul's intentions were good, and maybe he really has learned a valuable lesson in all of this. I just wish the trauma felt by suicide survivors didn't come at the expense of his "lesson."

If you like this article, please share it! Your clicks keep us alive!
Tags
Logan Paul
suicide
You Tube
survivor
viral video
apology