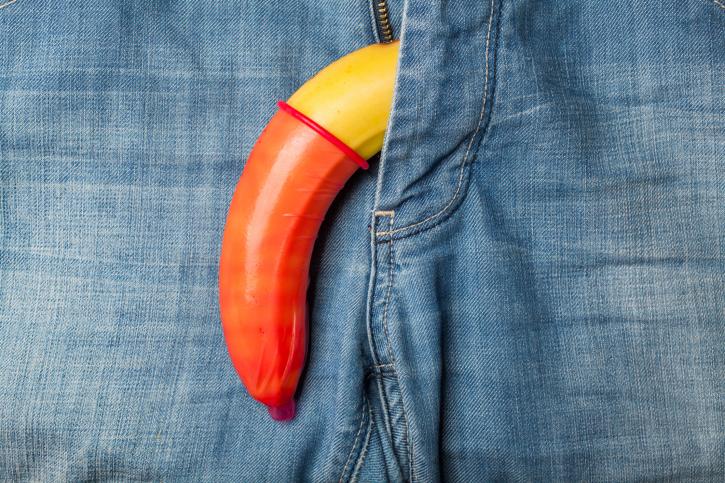 Sweet Aphrodite, if I weren't terrified of Brazil at the moment, I'd hop on the next plane out of SFO. Because as we all know, sometimes a girl needs to try her luck with rubbers and the Aussie team.

The biggest condom-making company in the world, Karex, (which suspiciously sounds like the love child of Durex and Kotex) struck gold when DKT International commissioned it to design fancy World Cup condoms. Karex hopped on the safe-sex bandwagon and crafted yellow and green beauties (those are Brazil's colors), distributing them under the Prudence brand. Then—here comes the best part—the condoms were flavored with the Brazilian cocktail, Caipirinha.

Though they're only available in Brazil, a smashing 2.1 million of these condoms have been sold since February. To compare, Brazil reportedly sells about 1 billion condoms. That's quite a dent in the pie chart of condom sales!

Now, I know what you're thinking: But Giana, I can't fly to Brazil. Or get laid. Don't worry, me either (except for the getting laid part). What you can do is make the cocktail, Caipirinha, at home—then watch some soccer while swiping around on Tindr.

Get a large cup. First squeeze, then drop in the lime. Next, add the sugar. Mash the mixture with the ferocity of Ghana as they tried to beat the U.S.—but, obviously, don't fail like Ghana did. Pour in the cachaca and add the ice. Stir well. Drink up, m'lady!