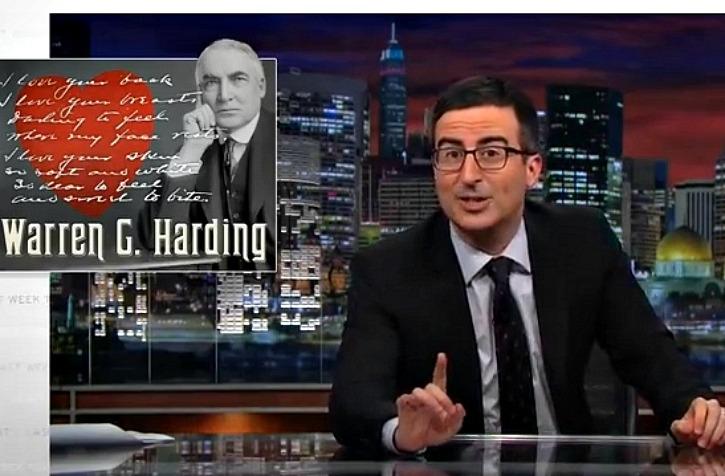 We recently discussed the anticipated release of a treasure trove of love letters from our 29th president, Warren G. Harding, to his long-time mistress. Or one of them, anyway.

Now the letters are officially available for public consumption, and John Oliver wasted no time getting to the bottom of these writs of affection, which he demurely describes as “smutty fuck notes.”

So if you’re cruising for some presidential bawdiness, look no further! Maybe it will even inspire some word-smithery for your own love notes.