The Trials And Tribulations Of A Token Pretty Girl 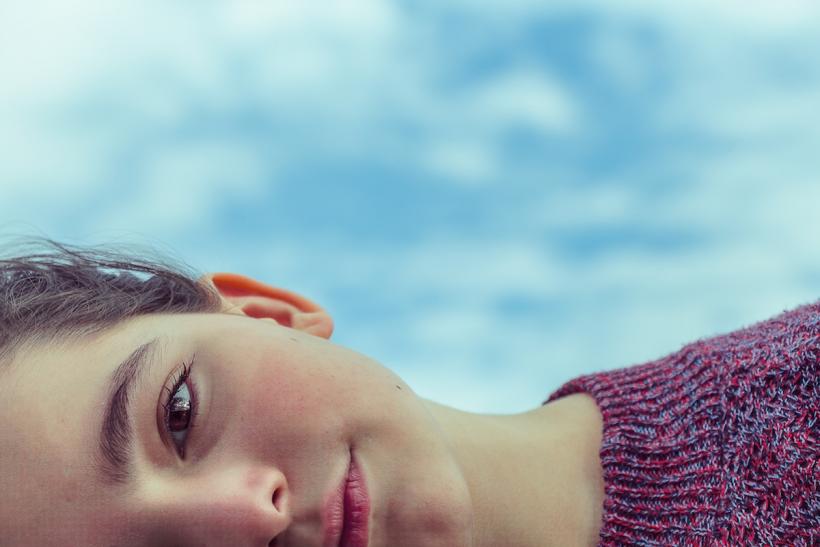 Simply put, I fear that my appearance is valued more highly than anything else I posses as this token pretty girl.

I remember my first brush with street harassment better than my first kiss. In the former, I was 11. Clad in a neon green top that matched the hibiscus flowers of my navy blue shorts, I was running down a street on my way home from my friend’s house. A man (who, as an adult, I speculate was around 20) whistled at me from the back of his dilapidated pickup truck. An odd chill creeped over my young body; I had a sinking feeling that my childhood was just about over.

While I certainly don’t support street harassment in any way, shape or form, I wouldn’t go as far as to call this man a pedophile. By the time I was 11, I stood at 5’5” and wore a B cup bra, despite my skinny frame. In fact, my body wasn’t terribly different than it is now—just a little shorter and less filled out. From a distance, I could easily be mistaken for an immature adult.

I didn’t understand. I turned to my friends and begged them to explain why I attracted this attention. But they were my age and didn't understood what was happening. Sweetly, they’d express immature condolences and repeatedly say, “it’s just because you’re pretty.”

My child brain assessed the following: I was pretty; therefore, my main talent in life seemed to be sexually exciting strange men. Other girls could excel in soccer, math, art or juggling while I felt destined for a role I both detested and couldn’t understand. After all, what does a 12-year-old truly comprehend about adult sexuality?

Unfortunately, street harassment turned out to be the least of my concerns. Events that I simply can’t share with the internet led me down a spiral of self doubt. I gained weight to attract less attention, but all that did was make my boobs surge to unbelievable sizes. I shunned friends. Though I dated, I was terrified of boys. I loved being a teenager in many ways, but I would rather face any one of Dante’s nine rings of hell than return to those years.

Thanks to a string of thoughtful teachers, adolescent milestones and pep talks from my loving parents, by the time I graduated high school, I had banished the assumption that my lot in life was to be a living sex doll.

While I’m proud to have cleared that hurdle, I still haven’t managed to shake off my bizarre hang-ups about beauty. Jokingly, I refer to it as my toxic relationship with my appearance. It may be taboo to admit, but I know I’m pretty. Street harassment plagues me daily, but now I also attract many kindly worded compliments from strangers as well.

Let me be clear: compliments are nice. I won’t pretend that I wish I were ugly. I don’t. Simply put, I fear that my appearance is valued more highly than anything else I posses. Namely, assets I have worked hard to achieve. Things like, well, a college degree. More than one coveted job position. A promising career path. In the end, my insecurities still grasp at my very being with the tenacity of a relentless undertow and I'm endlessly overcompensating. I read constantly to learn random facts that (I hope) make me sound intelligent and engaged. When in conversation, I drop these gems of newfound knowledge persistently. I may as well write “please tell me I’m smart” across my forehead.

There’s also some strange and sad-making patterns I’ve noticed in dating. On a few occasions, I have dated men who show little interest in me when we’re alone. In public, they shower me with affection and attention. Bonus points if their friends are in eyesight. One particular man actually told me (later) that he wasn’t “feeling it” with me, but knew I was a catch because I am “so damn beautiful,” so he dutifully trudged on in the task of dating me. I literally cringed just typing that—for now I imagine him, and others, dreading seeing me and working up the strength for the treacherous task just for the thrill of receiving a few nods of approval from other men.

Logically, I recognize that this is not my problem. It is their issue. Also, I understand that this has likely happened twice at the most but insecurities have a funny way of ignoring reason. Instead, they feed off our deepest shames and amplify them to carnivorous monsters with an insatiable appetite for destruction. My best friend Moira has assured me, on numerous occasions, that these doubts are alive only in my head. Sometimes I believe her.

At the end of the day, I believe this will be another life hurdle that I’ll clear. In reality, I am surrounded by a wonderful family and friends who intellectually stimulate me. Recently, I aired (okay, slurred) my bizarre beauty woes to my friend Chad in a bar after five different drunk people accosted our table to inform him that, in case he didn’t realize, I was pretty. My laments evoked genuine surprise from him. With a raised glass, Chad said: "Giana, I’m not friends with you because you’re hot. You’re my friend because you say funny shit.”

And there you have it. I do say funny shit, damnit. These doubts are just a product of my own insecurities. And someday, I won’t have to remind myself of that.