Inside the Sexual Harassment Investigation of Navy Hotshots 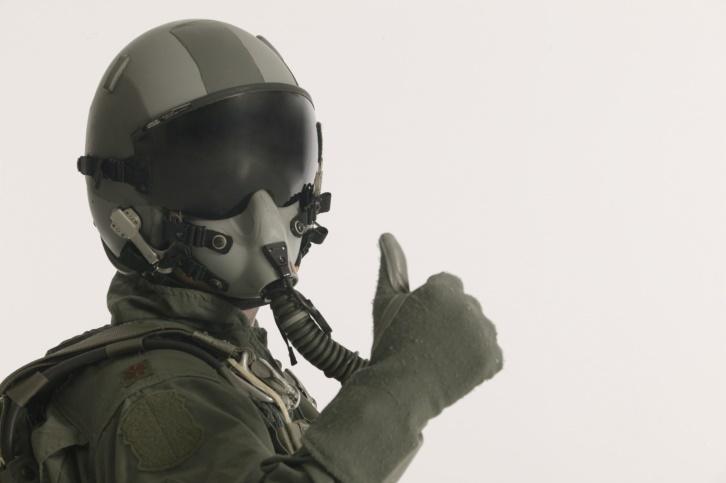 Another day, another sexual harassment investigation in the military. This time, the famous, high-flying Blue Angels are feeling the heat of scandal. This daredevil air unit performs in high-stakes air shows throughout the U.S., helping to inspire patriotic children to one day join the military. But the family-friendly events they star in differ starkly from their work environment. For starters, while I haven’t personally attended a show, I’m confident there are far fewer phallic depictions than are apparently present in the offices of these hotshot pilots.

The current investigation centers on the Angels’ former commanding officer, Gregory McWherter, who allegedly "witnessed, accepted, and encouraged behavior that, while juvenile and sophomoric in the beginning, ultimately and in the aggregate, became destructive, toxic, and hostile." A real hooah spirit for inappropriate behavior!

Disclosed details show the ways in which the Blue Angels' working culture was harassing both toward women—who have flown Navy planes for decades, but have never served as Blue Angels themselves—and for men who prefer not to engage in creepy workplace antics like constantly looking at pornography and discussing coworkers’ sex exploits. Some of the revealed anecdotes (thank you, FOIA) of squadron life under Capt. McWherter include:

* One soldier displayed a particular penchant for showing colleagues pictures of his girlfriends, sometimes in the nude. Capt. McWherter “would actively participate in these conversations, would view the pictures, and when [the soldier] would go for a period without offering up the pictures, Capt. McWherter would request them out loud in front of everyone.” Following this, “[j]oking or banter about the women in the pictures would occur.”

* Capt. McWherter was involved in discussions in which members would discuss the attractiveness of women around them at work, sometimes including such crass phrases as “she can sit on my face.” (After much reflection, I think I’ve deduced what that means—grimace firmly planted on my face.)

* The captain was even happy to entertain a little Halloween nastiness, in the form of “pornkins”—that is, pornographic carvings in pumpkins that some of the crew had constructed and brought in to decorate the offices.

* We wrap up with some more penis action, in the form of a blue and gold member some of the men painted on the roof of a trailer at the Blue Angels’ winter training facilities. Said penis was so large it was reportedly visible from satellite imagery.

There’s Joking and Then There’s This

We don’t blame a group of coworkers—in the military or otherwise—for engaging in some non-PC joking from time to time. A little irreverence can make the workday a bit brighter. But “hostile” is definitely the correct word to describe the environment at Blue Angels HQ—even more so since the situation apparently devolved into a high-schoolish scenario of bullying bros harassing those who wanted to stay within the realm of common decency.

The Navy has announced reforms for the squadron’s operations, especially in the realms of oversight and the screening process for Blue Angel members. As for the head honcho himself, McWherter? He’s received a letter of reprimand that may end his Navy career, though his ultimate fate is still unclear. Good for the Navy for taking the complaints seriously—and may the Blue Angels of tomorrow focus more on getting their thrills from air stunts, and less from workplace beta-male sexual braggadocio.