Why Dove's "Real" Beauty Campaign is a Load of Crap 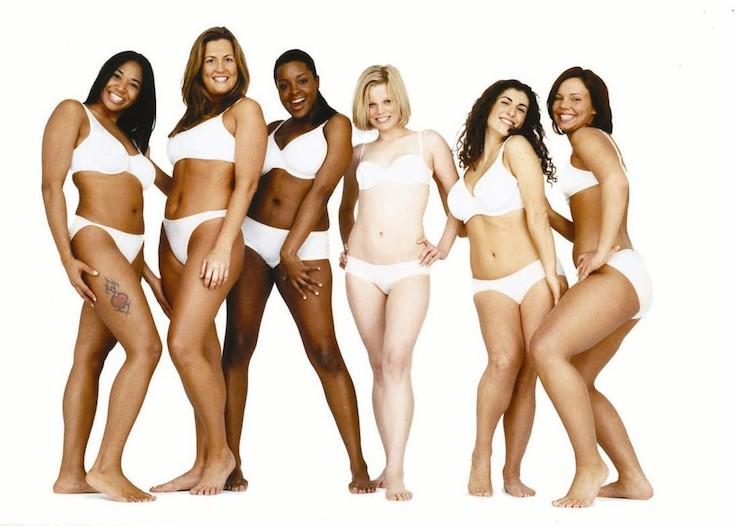 Ummm, did the token Asian call in sick? Courtesy of Colleen Criss

Sick of those "Real Beauty" ads produced by Dove? We are. In fact, we're so sick of them, they make us want to stop using their luscious beauty creams. Almost.

Initially, it seemed as if we were heading in a good direction; magazine ads featuring women who weren't stick thin graced the pages. As a stick thin woman myself—I noticed that, while these women weren't battling Kate Moss for wispiest bitch in the game, these women were, well, pretty damn fit. They looked nothing like many of the women we see in the locker room at gyms. Unfortunately, weight is just the tip of this icky pretty iceberg. Now, a concerned father (heart = melted) is gathering attention with his petition: ask Dove to admit when they use Photoshop, and make their ad placement less conspicuous for young girls.

As someone who has modeled and, thus, has been Photoshopped, I cannot stress the importance of this. Understand, Photoshop isn't always evil. It offers a panoply of visual splendor and trickery, giving artists all kinds of creative freedoms that otherwise would be next-to-impossible to achieve; it has no place, however, amongst images of "real" beauty.

If I'm going to see realness, I expect at least some stray grays, a questionable tattoo, a webbed toe, a birthmark, stretch marks (yes, lots of those), hair growth in an unwanted place, a gap tooth, wrinkles, a surgery scar, skin tags, moles, a lazy eye, freckles, uneven boobs, an amputee and, hell, about a hundred other things. That is what real women look like, no matter how she appears on a magazine page. And guess what; while these are the things that we hate about ourselves, those who love us most find them endearing. Me? Neck moles. I hate them. If Lucifer himself popped up through my floor right now and told me that he could get rid of them (with no scarring) in exchange for my soul, I'd at least consider the offer. Yet, every boyfriend I've ever had loves them. These weird bodily things make us unique. 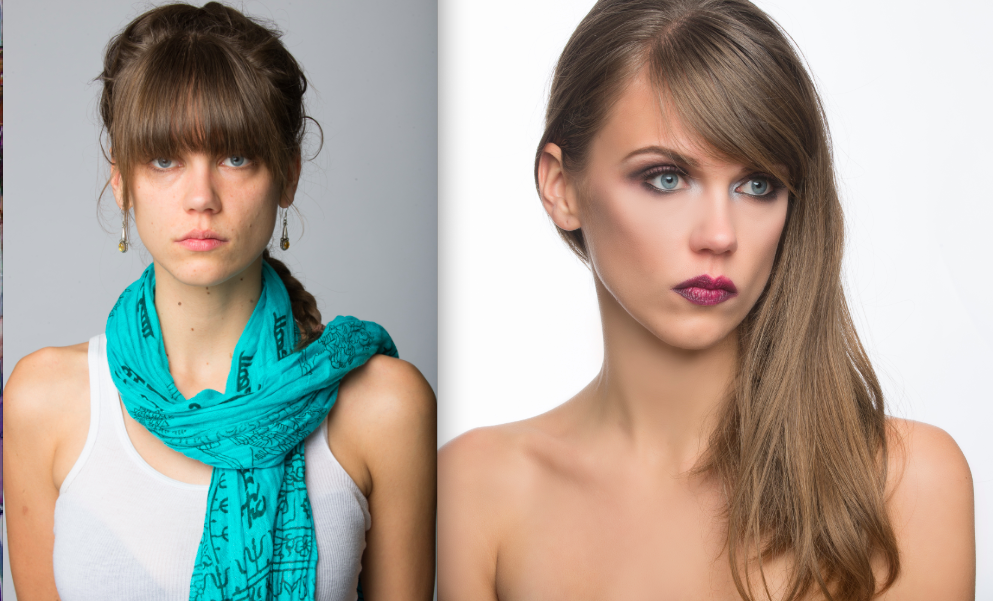 On the left you'll see that the photographer and designed didn't agree with my former lovers. My neck moles were sacrificed. Sure, the woman on the right makes for a nice picture—but wouldn't it be creepy as hell if I looked like that all the time? Yes, yes and yes.

Yet, Dove fails to agree. L.A. Dad Seth Matlins made some valid points in his petition to ask Dove to change their ways. He pointed out that over half of our nation's 13-year-old girls are unhappy with their bodies. Puberty sucks, and, as Clueless heroine Cher Horowitz once said, "the wounds of adolescence can take years to heal." It should be no surprise that this "I hate my body" jumps to 78% by the time girls reach 17.

All Matlins wants is some honesty: Dove should label their doctored images as such, and possibly even avoid placing said ads where kids could see them. For a company that prides itself on promoting "real" beauty, this doesn't sound like too wild a request.

Victoria's Secret, to contrast, has never tried to promote "real" beauty. They prefer perfectly toned, tanned, coiffed, long-legged busty models to promote a fantasy. As a culture, we can collectively giggle about anyone's ability—models included—to actually look that way.

Ironically, Dove is a much crueler beast by honoring "real" beauty, but only allowing conventionally pretty women into the club and then Photoshopping them; it's a highly exclusive club that feigns total acceptance. It's akin to saying, "Of course I wouldn't turn down a date from a short man—as long as he's not shorter than me. I'm 5'10"."

So how did Dove react to the petition? Glad you asked. Basically they delivered a response worthy of a shady politician, to the New York Daily News:

"When the Dove Campaign for Real Beauty launched in 2004, we made a commitment to all women that we would not distort any of our images to create an unrealistic view of beauty. Dove takes great care to realistically portray women by accurately depicting their natural shape, size, skin color and age, thereby representing them as they genuinely are."

Not sure about you, but this is the message I get: "the idea of beauty we portray is not unrealistic. Shut up, Matlins." It's worth noting that being beautiful is not the ultimate goal of all women—yet, culturally we emphasize the value of appearance.

At this point, we either need to change the value of aesthetic appeal or widen the commercial scope of what it means to be "beautiful"—owning up to Photoshop jobs could be a start. So could including those so-called flaws I mentioned. Either way, this has gone too far.

Hey Dove, I showed my "real" and commercial beauty: now it's your turn.