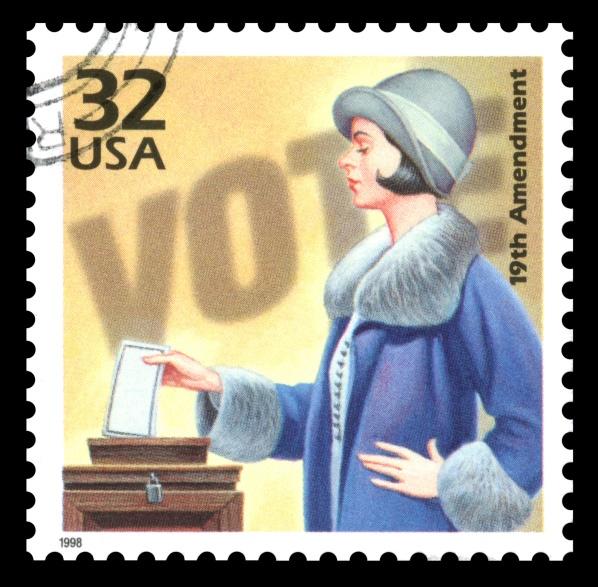 All hyped up on getting to exercise some civic duty at the polls today, you're probably not thinking too much about women's suffrage. Likely because, through the tireless fights of early American feminists, we've had the vote on lock since 1920 with the passing of the 19th Amendment. It's hard to fathom that anyone could possibly have beef with the 19th Amendment and yet . . . check this out: There are still people who think this whole ladies-gaining-access-to-voting-booths thing is bad news—including, yes, some women. Sigh.

So not to totally ruin this special and important day or anything, but without further ado, here are four quotes from people who actually believe only men should have a say in the democratic process.

"If we took away women's right to vote, we'd never have to worry about another Democrat president. It's kind of a pipe dream, it's a personal fantasy of mine, but I don't think it's going to happen. And it is a good way of making the point that women are voting so stupidly, at least single women. It also makes the point, it is kind of embarrassing, the Democratic Party ought to be hanging its head in shame, that it has so much difficulty getting men to vote for it. I mean, you do see it's the party of women and 'We'll pay for health care and tuition and day care—and here, what else can we give you, soccer moms?'"

"I think that one of the greatest mistakes America made was to allow women the opportunity to vote. We should have never turned that over to women. There are more women out there voting than men now . . . and these women are voting in the wrong people. They are voting in people who are evil, who agree with them, who are going to take us down this pathway of destruction."

“I’m really going to set you back here. Probably the biggest turn we ever made was when the women got the right to vote. Our country might have been better off if it was still just men voting. There is nothing worse than a bunch of mean, hateful women. They are diabolical in how than can skewer a person. I do not see that in men. The whole time I worked, I’d much rather have a male boss than a female boss. Double-minded, you never can trust them."

4. John Derbyshire — British-American conservative author and columnist for the National Review, in an interview on the case against female suffrage with radio show host Alan Colmes

Derbyshire: "Ah . . . I’m not putting forward a political program here . . . But among the hopes that I do not realistically nurse is the hope that female suffrage will be repealed. But I’ll say this—if it were to be, I wouldn’t lose a minute’s sleep."

Colmes: "We’d be a better country if women didn’t vote?"

Derbyshire: "Probably. Don’t you think so?"

Colmes: "No, I do not think so whatsoever."

We wish this election day we could cast a vote against these ridiculous and offensive views. Alas, we shall have to settle for running out to our respective voting booths to make our voices heard because, no matter the lunacy espoused by these four individuals, we can totally do that.