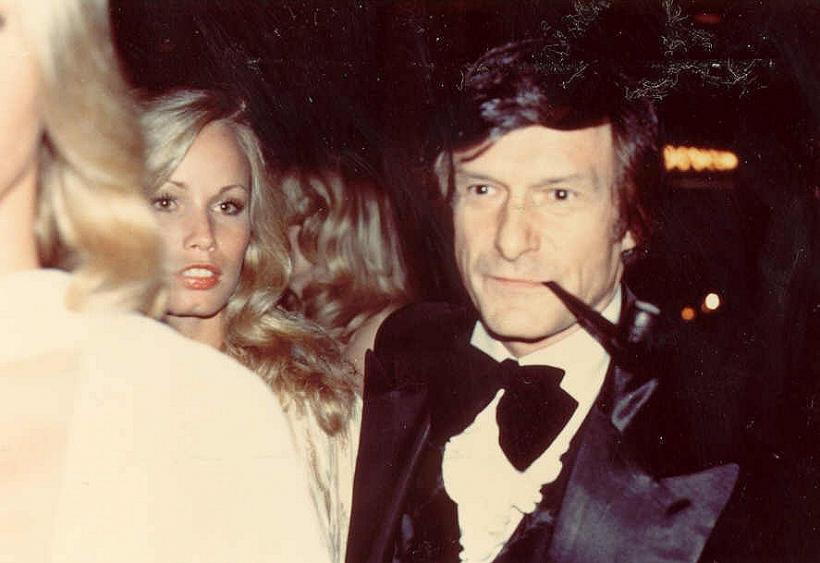 Hope you're sitting down, because the following might surprise you: Playboy, the premier source for all things related to women-ogling, recently posted a statement on its website bashing street harassment. You can read it here for yourself, but I'll summarize.

First, you have to admire the introduction: a flowchart titled "Should You Catcall Her?"

A young lady walks by, who you find sexually attractive. You're probably not clever enough to come up with an original thought, so the only remaining option is to yell out at her, like you are not a smart person. Should you do it?

1. She is literally a cat. So that means you can't even holla at Hello Kitty.
2. You two are currently engaged in a relationship. Previously, you have discussed the appeal of catcalling each other in public.

Wow. So the magazine (which, for the record, actually does have good articles) that boasts nudie pictures of beautiful women is anti-street harassment? Yup. This isn't a new-fangled attempt to get some lady likes either. Actually, 88 year ol' Hugh Hefner isn't a misogynist. He's more of a, well, sex-obsessed old man who believes that everyone should knock boots. After all, he did once say:

Everybody, if they've got their head on straight, wants to be a sexual object, among other things. They want to be attractive. Otherwise, what a sad and pathetic life. To really live a worthwhile life is to be attracted to and attractive to other people.

This quote includes both genders—not just women. As for women, he said this:

One of the problems with organized religion is that it has always kept women in a second-class position. They have been viewed as the daughters of Eve.

We're definitely not telling you to make Hefner your new feminism hero, but he also shouldn't be thrown in the same category as creepy bar dudes. In his (possibly misguided mind) he is freeing women of Puritanical sexual restraints. To him, Playboy represents liberation. For everyone. Remember: The magazine was launched in the 1950s, long before Victoria's Secret models vamped about on billboards.

In fact, Hefner has seen himself as a women's advocate. In 2012, he spoke out about women's issues:

All these years later I hear echoes of this same ignorance espoused by a new crop of self-appointed arbiters who are determined to oversee our morality. I heard it when Santorum backer Foster Friess said, ‘Back in my days, [women] used Bayer aspirin for contraceptives,’ implying that if women held an aspirin between their legs, they wouldn’t open them. I heard it when I learned about proposed anit-abortion legislation in Kansas that would protect doctors who conceal vital medical information from pregnant women. And I heard it when Rush Limbaugh called a Georgetown University law student a ‘slut’ and a ‘prostitute’ after she testified on Capitol Hill about allowing employers to avoid providing contraception for religious reasons . . . Fifty years of sexual freedom vanished in a sound bite . . . If these zealots have their way, our hard-won sexual liberation—women’s rights, reproductive rights and rights to privacy—lie in peril. We won’t let that happen.

Cynical to the core, I read this and think, Well obviously Hef would be down with birth control. If straight women swallow birth control pills every day, more men can have sex with them, and Hefner can bang a thousand ladies without fear of consequence.

It's worth noting, however, that Playboy really has been progressive in the industry. For instance, it showcased its first black Playmate, Jennifer Jackson, in 1965. To compare, "pro-woman" magazine Cosmopolitan didn't get its first black cover girl until 1973, showcasing the gorgeous Naomi Sims. And at this point, the magazine had been in circulation since the late 1800s.

So . . . thanks for demonizing street harassment, Playboy. And honestly, thanks for a lot of things (including the great articles. No, seriously!).