No A-poly-gies: A Social Justice Perspective On Non-Monogamy 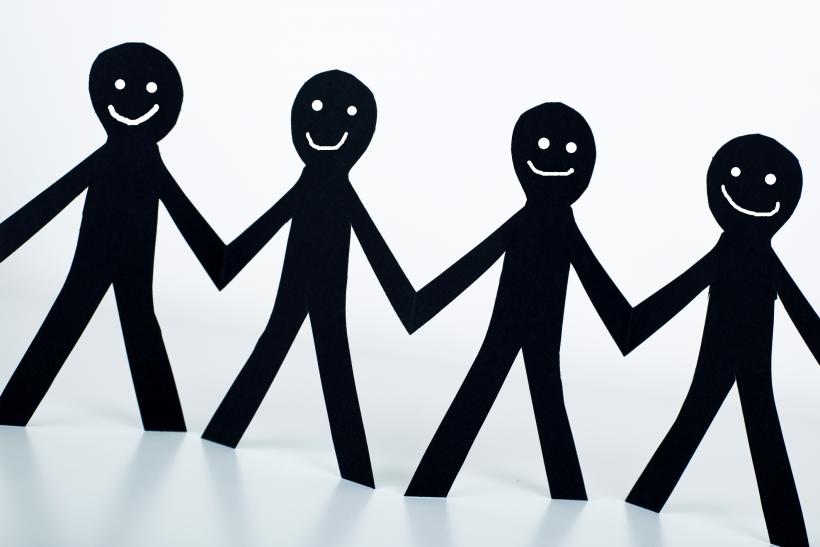 I’m polyamorous. And I’m proud. But not of an identity or lifestyle that is to me at times almost painfully default, and not my perceived attractiveness and sexual/romantic currency that affords me multiple relationships and more than a smattering of casual hook-ups and friends with benefits.

Just as I’m not proud to be a woman.

What I am proud of however, is the struggles I and other women overcome; I’m proud of the solidarity that I have with other women, and the relationships and community that being a woman has allowed me. Being a polyamorist has yet to afford me that “communal pride.” It’s not an identity that I associate with good politics.

Having three girlfriends does not warrant a logo or a place in a parade celebrating the ever-growing attention corporations are lavishing on those those dozens and dozens of pink dollars.

If non-monogamy has changed your life, you owe it and your partners something more sensitive and sincere. You can put a brand on your love, but not a dime of it would trickle down to the people who need it, the people who deserve to take to the streets with pride; the queer youth of color, the elders, the sex workers. They (as in those who are absent from the representation that looking up “polyamory” on Google image offers) need and deserve that space to have pride.

I take pride in my relationships. I respect and admire—with all of my ever-healing heart—the women and non-binary genderqueer people in my life, who write tiny tender songs and have great taste in French films and do wonderful things to my face with eye shadow.

They move—blithe and sublime—through a world that openly doesn’t care for them, but by holding their hands at crosswalks and flipping chocolate chip pancakes at four in the afternoon, I’m able to be a part of their movement through the world, of their compassionate resistance to normalcy.

And then all go out for tacos.

I’m proud because it was hard work to get there, to surround myself. I’m not even talking about that tight-rope tetris of scheduling dates that don’t interfere with other dates. Or trading emails with girlfriends’ husbands to talk about boundaries and “how did you get those cookies she brought home the right kind of chewy,” and “oh well I guess we should have another talk about why you’re feeding your husband cookies I baked for you.”

You gotta crawl through the dungeon before you can fuck the three-headed dragon goddess.

Being poly required me to lay bare in the wake of truth—the harsh, unflinching truth about myself and the world I live in. I am not through to that other side. I backtrack, I blink. But facing that truth and allowing them to fill my gaze has in turn, allowed me to have a life and love worth waking up to.

No other person will complete me.

This fantasy is so seductive: you’re just one fling or singles mixer away from that person (or persons) who makes you make sense. Those afternoons spent crying alone while binge-watching The X-Files and that discomforting sense of “not getting it” when people talk about their bikes or their favorite Rothko is a symptom indicative of a deficit rather than an innate part of you and how you live.

It has many faces. Kids growing up. Lover/s leaving, or growing ill. It might even come to you during one-too-many business trips away from home. At some point you may experience that deafening hush of the self. Who are I? What am I made of?

Subtracting these people you’re enjoined to, do you even have an identity?

If you are diminished when at distance from the people you love, what does that say about what you provide to their lives? Kinky roleplays excepted, your partner/s deserve more than some weird, attention-powered empathy butler.

I don’t want to take part of someone’s self with me when I catch the train home. Because one day, I won’t make the return tip. One day, I will be gone. And I won’t be able to give that part of themselves back. That’s not compassion. That’s not love.

Fighting The Good Fight Is Far From Simple

My practices and preferences can perpetuate the injustice I claim to fight.

I’m a trans woman and self-identified intersectional feminist. I write, or rather attempt to write, about racism, ableism, and transmisogyny (though as an able-bodied white woman I am not an expert or fluent in these subjects in any meaningful way). On paper, it would seem that I would “be open” to relationships with “all women.”

In fact, on said paper, I could be open to relationships with literally all the women. At once! God Bless Dossie Easton—penner of The Ethical Slut—we shall fuck the prejudice and privilege out of our community!

Alas: my dating history is almost exclusively white, able-bodied—and up until I set a conscious rule with myself to prioritize relationships with fat and trans women—mostly cis. Now, for sure, the more flattering scenario is just that I just haven’t met as many queer people of color or queer disabled folk who caught my eye. In Oakland. Dyke capital of the United States.

But I know better. I recognize the voice I hear when I see myself naked in the mirror—the voice that tells me I’m hideous and ugly and deserve no one’s love—isn’t mine. And yet, I still give in. I skip meals. I do sit-ups at 4 in the morning. I cancel dates with women with “better” proportions.

I also realize that if I’ve let that voice tell me how to view myself, I’ve probably been letting it tell me how to view others, too. The ambiguity in that phrasing is entirely for the benefit of the skeptical—I know where I’ve gone wrong, and where I might continue to do so—in spite of vigilant self-checking.

If you are not a white man, you do not make the rules of who is afforded cultural attractiveness. You can enforce them, you can resist them, you can even defy them with alternatives, but until patriarchy is dismantled, our sex lives are evermore influenced by the ruling class. Hint: the white, able-bodied cisgender men.

Monogamy’s skated by on this one for a while. You just can’t help who you fall in love with! We went to the same school/church/Burning Man camp. But when you have multiple partners and your relationship tree looks (for lack of a better phrase) like you, you are drawing a very clear line in the sand. Or rather: several lines in the sand that spell out “Fuck you, I got mine.”

No one’s saying you need to take one for the team and date someone you don’t want to because they’re not “like you.” But consider this: if the basis for polyamory is compassionate love, how is the abundance of people who clearly prefer people with like privilege in any way compassionate to those in “our community” who lack that privilege?

Sometimes you won’t get what you want and well, it is what it is.

I realize polyamory is not so “logical” that it can be employed to solve “irrational” problems like jealousy or codependence. We have ourselves a fine eye roll at “cheating” plots in television or movies, but those are real emotions that are felt by real people, and if your response to someone’s emotional distress is, “just fuck other people then this won’t be an issue!” then you are in effect more toxic than the situation that your friend is trying to process.

The Beauty Of Boundaries

Dating or fucking someone is not always the best use of that relationship. You need people in your life that you trust with emotional—and at times physical—intimacy that you are not fucking.

And sometimes achieving those boundaries can be hard: you and your friend have the hots for each other and you both have a lot of faith in your boundaries and your ability to traverse whatever happens, together. You want to hook up. You want to realize your fantasy, “relationship drama” be damned.

But how is this polyamory compassionate when you already see the red-flag situations that you know will dissipate into hurt feelings—her partner’s not ready to open the relationship, you’re already dating someone in her chosen family, etc. etc. etc.—and you put faith in the logic of a shared belief system rather than your own common sense?

I’m working to create a community, to create a queer family and poly “identity” I can be proud to partake in.

It’s a pride we should all strive for no matter who—or how many—people we’re involved with . . . romantically, physically, emotionally, and any other “ly” you can think of.