Why My Longterm Relationship With Singledom Is Just Fine 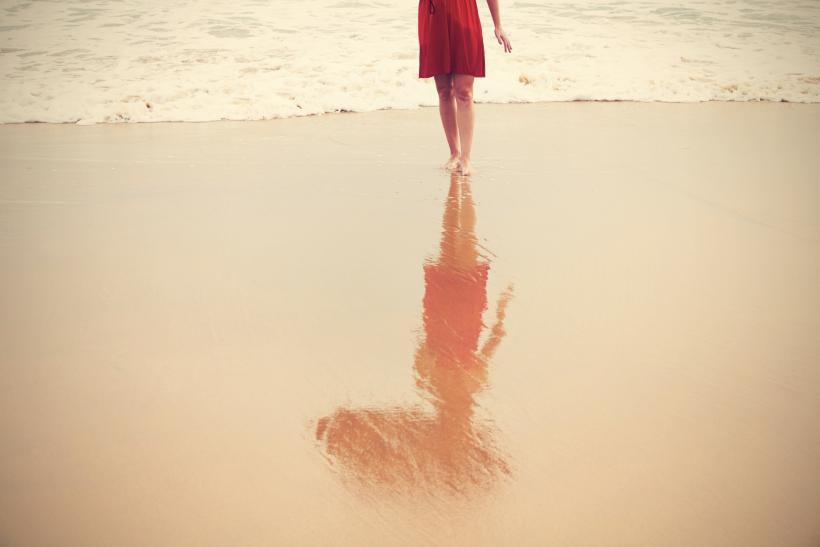 I'm a firm believer in calling something what it is. In that vein, I readily identify myself as perma-single. Which is to say, I've not had anything near what I would term a serious relationship for years. Like, five years. Maybe more. The fact that I don't even know only solidifies the broader point I seek to make: that being in a relationship is not at a predominant feature of my life. Not even close. And perhaps my bigger point? I think this is totally fine.

This is not an ode to all my single ladies—but it can be, if that's what you want it to be. This is also not an effort to hate on my coupled-up brethren—I bask in the joy of your pairings. I seek only to address what must be an entire cadre of compatriots who exist, but about whom I hear far too precious of: those of us who live our lives singly—without this quality of being single having all that much meaning for us.

There are trillions of songs, stories, poems—whole books, an entire literary subgenre, perhaps—out there about the experiences of heartbreak. As I am not soulless, such artistic releases can and do move me. But if I'm being honest, they don't in any real visceral sense. As someone who's been single for so long, I cognitively understand the pain of break-ups and lost love and if I try real hard, I can conjure up a memory or two of that eviscerating pain. But I don't feel it in my body—not in my cells or any of that interstitial space. Not really.

Similarly, there is song after song and Facebook post after Facebook post about the joys and freedoms of rediscovered singledom. To these I say "great!" But again, they are nothing I associate with on an atomic level. I take the freedom my singledom affords me 100% for granted—and I would, as it's been my long-term reality. The notion of cluing someone in on my last-minute trip to Boston? Doesn't register. Having to consult another person about what I'm going to watch on Netflix as I take some Thai food to the face? Utterly foreign.

So while I love seeing people embrace and celebrate these freedoms . . . they don't feel distinctly like freedoms to me. They just feel like my life—a life for which I am grateful and that in no way feels empty. In the way that a relationship with a longtime partner might grow to feel content, complacent, and commonplace (although, of course, I wouldn't know for sure), that's how I feel about my singledom; it is merely an extension of me to which I've grown accustomed. It simply . . . is.

Do I canoodle and whisper sweet nothings over a pillow to a loved one every night? No. But the voice I really never hear is the one that reassures me that this is, indeed, a perfectly fine way for one to lead his or her life. At times, I'll concede, it can get boring—but if we are conceiving of my singleness as something I am involved with, don't all relationships grow a bit dull from time to time?

I recently witnessed a friend go through the turmoil of his ex getting engaged. The empathetic part of me realizes that such an event has the potential to be excruciating . . . but I find myself totally immune from feeling any such pain myself.

There is no one—literally no one—in my life whose engagement would cause me a second of even mild discomfort. Nary a pause would be warranted for any announcement of impending nuptials, or even the announcement of just a new relationship. And while I'll readily allow that there are experiences I've yet to have that afford me this avoidance of pain, I'd also like to highlight the extraordinary freedom of this position. Because it is extraordinary.

As is the freedom of not being subject to the anxieties surrounding even smaller emotional affairs. I'll admit, I have had these from time to time—but none terribly recently. So while many of my friends spend hours trying to dissect what that lack of an exclamation point in a text really means, I'm free to frolic about and do whatever the hell I please.

And I want to make this clear, as it's what I view to be a gaping omission in our society's dealings with singledom: My singledom is in no way born of some belief that I am unworthy of a partner or affection or love. I am as worthy as any, and I believe that to my core. It's simply that whatever is required to happen for two people to meaningfully come together hasn't happened for me, likely because I've spent the past two years literally bouncing around from place to place. In the past? Sure, I've blocked people out, kept them at arm's length—and I can provide you a novel-length list of all the reasons why I've remained alone. But of late? I understand that list, I understand myself, and I value both me and that process of figuring it all out.

So, do I think "lightning" could strike at any minute? Definitely. I've seen it a million times—under the most unexpected circumstances, from the party-soaked beaches of Thailand to the remotest regions of Vermont: People just gravitate toward each other and click. I in no way count myself out of the possibility that this could happen to me; I think the aforementioned lightning could even strike for me right now (actually, if we're being literal, not really . . . I'm curled up in suburban New Jersey away from the public, so not actually right now).

My broader point, though, is that if this were to happen, and I believe it will, I'm open to it. I have complete faith that I contain all the necessary molecular components to get excited about someone and commit; all the necessary hardwiring remains intact within me. But so does this: the belief that if lightning doesn't strike soon, that's genuinely cool too.

Because I have a lot going on in my life right now. Given, what some would have you believe, is a miserable gaping hole that is a lack of a partner, I've been able to build and sustain what I consider to be a tremendous social network. In no way do I think my singleness has precluded me from intimacy. By contrast, I'm lucky as hell. I'm surrounded by people who not only put up with me, but support and embrace me. I chatter to them, they listen to me; I provide support and succor. We drink together, we laugh. My life is blissfully rich with human connection and realness and all that shit psychologists say you need to be a healthy human.

So all that space a partner would occupy? It's assuredly filled. Both with the aforementioned people in my life and now, also, with a fulfilling job. I'm not prone to earnestness but I'll make an exception to admit that I'm realizing a lifelong dream of writing—who actually gets to do that? I'm ridiculously fortunate. So the fact that the thing I'm currently getting the most intimate with happens to be the English language? I actually fist pump that.

And were you to feel that it's somehow sad that my current greatest passions are em dashes and Oxford commas? Well, I genuinely wish you could pull up a seat and watch me not care. I'm a smart person; I get that there are aspects of life that us singletons—especially of the "perma" variety—can't know or feel. But sometimes, whether we're inherently screwed up (and really, who isn't) or for reasons born of circumstance, we don't have the opportunity to pursue healthy relationships (and to be clear, these are the only kind on the table for me). And I just don't think we hear enough that this is totally okay. In fact, it is more than okay; it is just as much a part of the human experience as is being tied up or coming undone from a partnership.

Our society is rife with its infatuation with relationships—their ups, their downs, their beginnings, their ends. I'm only attempting to create a bit of space for those of us these conversations resonate less with, if at all.

Put another way, we often hear that the grass is always greener on the other side. I guess I feel like my particular corner of the pasture isn't usually—or seemingly ever—mentioned. So in conclusion, I alert fellow grazers of this perma-single pasture of my existence, and invite them to roll around, even, in the shared greenness of our experience, for it is bright and worth noting—and even relishing in.

If you like this article, please share it! Your clicks keep us alive!
Tags
singledom
Relationships
all the upsides of being single
boyfruends
girlfriends
monogamy