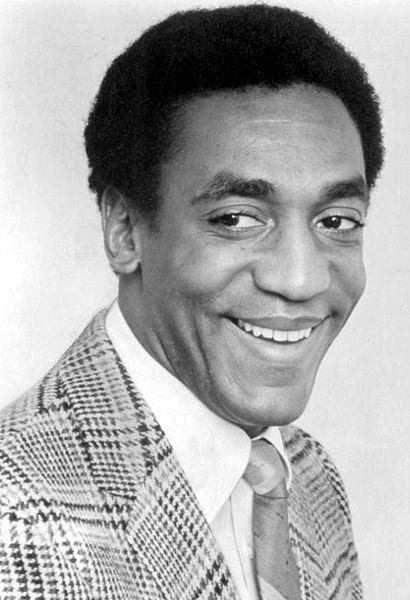 This ineffable lovability is at the heart of Mark Whitaker's new book Bill Cosby: His Life and Times, a biography that's been described as "square, gentle, competent, G-rated, dignified"—in short, an exemplar of how we've always viewed Cosby himself.

But there's a nagging detail that doesn't fit so neatly into this vision of Cosby as a paragon of decency, and it's one the book conveniently doesn't even touch on: Bill Cosby very well may be a rapist.

In 2004, a civil lawsuit against Cosby involved the testimony of no fewer than 13 women who stated they had been sexually abused by him, with many claiming they had been drugged. Though the lawsuit was settled out of court, the allegations have periodically resurfaced.

Earlier this year, one of the witnesses, Barbara Bowman, spoke out in detail about the sexual abuse she suffered in his hands:

"I was assaulted a number of times from age 18 to 19. Cosby would warn me before out-of-town trips, 'You aren’t going to fight me this time, are you?'

From them on, I would be praying and begging to God that it was in my imagination, it didn’t happen. I’d sit on the plane and say “Please God, please God, this is really about my career—I’m lucky.” And then I’d get there and he would just intimidate me and make me so scared . . . "

Bowman was one of two witnesses who shared her story with Newsweek, and as the reporter noted, “neither had anything to gain financially, as the statute of limitations had expired for both of them.”

These accounts, coupled with the sheer volume of women to bring charges against Cosby, should at the very least garner some scrutiny. Yet instead of confronting the possibility that Cosby is a chronic rapist, audiences and the media have chosen to turn their noses from the mere whiff of his guilt.

Bill Cosby: His Life and Times, which is ostensibly designed to shed light on Cosby's life, has omitted the lawsuit altogether. The message? The only possibility is that all 13 women who claimed abuse are lying.

Why We Believe The Actor

This compulsion to side with Cosby taps into an all-too-common desire to blame victims and forgive potential perpetrators. But there's another force likely at play, and it's disturbing in its own right: We don't want to believe Bill Cosby could rape, because we really like the characters he's played on TV.

The imperative to turn a blind eye to charges of misconduct against celebs also explains why so many people unequivocally defended Woody Allen when he was charged with child sexual abuse, and why we continue to support the work of people like Charlie Sheen, who just this week was embroiled in yet another case of violence against women.

Here's how a Stanford neurology and biology professor has described the peculiar relationship audiences have with celebrities they idolize:

"Celebrities . . . reflect the peculiar distance we have traveled culturally since our hominid past, and reveal how distorted our minds can become in our virtual world. We obsess over celebrities because, for better or worse, we feel a deep personal sense of connection with people who aren’t real."

At the same time, we’re quick to conflate the characters people play with who they are in real life. According to the book The Psychology of Entertainment Media: Blurring the Lines Between Entertainment and Persuasion, TV viewers often identify with cast members in a show so much, they flat-out forget the characters they're playing are fictional.

In other words, on some strange subconscious level, we see Cliff Huxtable as a real person, who would never rape women. But Cliff Huxtable isn’t the one being accused of rape. Bill Cosby is. And he deserves the same scrutiny we'd give anyone accused of drugging and sexually abusing multiple women.

If you like this article, please share it! Your clicks keep us alive!
Tags
Bill Cosby
Rape
sexual abuse
Woody Allen