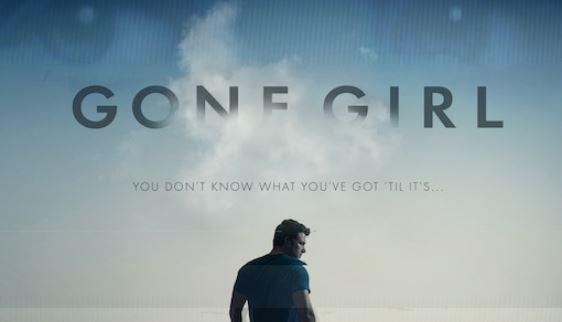 Gone Girl is one of the most perplexing books—and now films—about gender roles and stereotypes to come around in a long while. It's written by a woman and features a complex female protagonist (Amy) who (spoiler alert!) is revealed to be as vicious, violent and evil as any prototypical male villain. And yes, this highly negative portrayal does count as progress, because it shows that even villainy can be gender-blind.

At the same time, Amy's flaws are textbook gender stereotypes, even comically so: She's manipulative, nagging, obnoxiously Type A, narcissistic and, ultimately, obsessed with getting back her beloved boy, to the extent that she even fakes a pregnancy to do it.

It's hard to tell if Gillian Flynn, who wrote the book and now the screenplay, is trafficking in stereotypes or trying to subvert them, as her male protagonist is just as flawed in stereotypically male ways, and her work is so dark and gloomy it's hard not to perceive the whole thing as a sardonic finger-flip to the world and its gender conventions.

That said, there is one scene in the book and movie that seems unequivocally misogynistic, and it hasn't sat right with me ever since I read the book and then, last night, watched the film.

The Enduring Trope Of The Women Who Cry Rape

We've said it before and we'll say it again: Contrary to what popular culture and men's rights activists would have you believe, women do not routinely run around making up rape claims. The stats on false allegations are hard to nail down for a host of reasons (how, for instance, do you account for women who recant a claim, only to later be vindicated? Or for claims that are never officially filed with the police?), but most estimates peg the number at somewhere between 2% and 10% of total rape cases. This means in an ideal pop culture landscape that accurately reflects reality, there'd be somewhere between two and 10 depictions of false rape claims for every 90 to 98 depictions of actual rapes.

This is not the case however.

In fact, not including the pseudo-rape scene in Maleficent, Gone Girl is the only recent, high-profile book or film to depict rape in any form. The Girl with the Dragon Tattoo might have been the last juggernaut to tackle it, so the fact that Gone Girl's depiction of rape is in actuality a fake rape allegation in the hands of a sociopathic female who's frequently referred to as a manipulative "bitch" is more-than-disquieting.

But Gone Girl's issues run deeper than the conflicted portrait of a false rape claim however. For one thing, the book is explicit in noting that the male victim, Tommy, is small and nebbish—a fact the filmmakers played up by casting the slight Scoot McNairy in the role. The suggestion in both cases is that the guy is so physically weak, he could never actually rape. This makes him seem like even more of an unfairly maligned victim, screwed not only by Amy, but by a justice system that overlooked the supposed ridiculousness of him committing such a crime. In truth—of course—small, nebbish guys are entirely capable of rape because the act is about control, not physical dominance.

The filmmakers also made the conscious choice to turn Tommy into more of a sympathetic victim, and by extension, Amy becomes a more detestable villain. In the book, Amy ends up dropping the rape charges; in the film, Tommy pleads down to a lesser charge, which he makes quite clear ruins both his professional and personal life.

And then there's the bizarrely mundane motive for Amy's fake rape claim: Basically, Tommy starts spending less time with her and doesn't like some ties she bought him. Cue the female insanity! For good measure, the narrative doesn't stop there, giving Amy yet another male victim who she also frames for sexual abuse.

The whole thing plays out like a ridiculously trumped-up version of a commonly depicted—and damaging—archetype: the manipulative, seductive, clingy, vindictive, controlling, life-destroying crazy bitch who makes up rapes and destroys men's lives because, eh, why not? Never mind that this nightmarish woman is a bona fide anomaly at best and a grotesque reduction at worst; in reality, the vast majority of rape cases are suffered at the hands of men.

Perhaps the most damning moment comes when Nick, the husband character who Amy frames for her murder, asks Tommy if he did in fact rape her. Tommy replies: "Did you murder your wife?" As I sat in the darkened theater, the scene elicited several chuckles from men in the audience, who clearly relished seeing a psychotic woman who makes up rape claims turned into a punch-line.

I, for one, wasn't laughing.