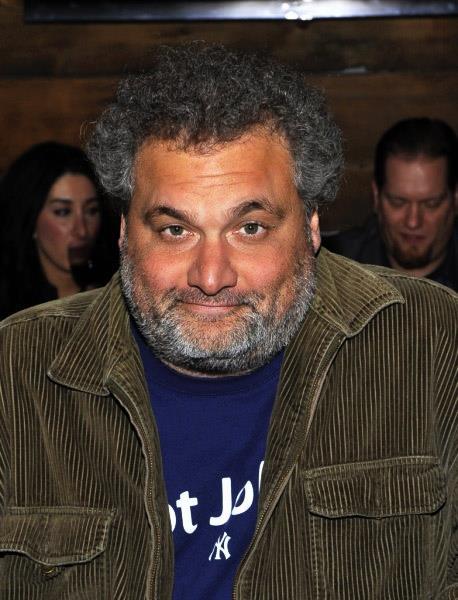 Then he went on to lay out, in disgusting detail, his fantasy of being a slave master with Cari Champion (i.e., as he thinks of her as that “fuckin hot chick on ESPN”) as his slave, even identifying himself as Thomas Jefferson. He even tweeted the sexually violent, racist narrative at Champion.

When people chimed in with how they revolted and triggered they were by this public display, as is so often the case, Lange only got worse. His string of tweets since the original atrocity have reeked of an unapologetic, man-child tantrum. Just a sampling:

I'm about to tweet a few things I can't believe have to be explained in a rational world. I observed that @CariChampion was a gorgeous lady

This observation came while I was watching one of my favorite tv shows ESPNs First Take. I also noticed she was black.

I then thought it would be funny to tweet JOKES about that observation. A decision which might be the end of modern comedy

But who cares. I love the show & it's my living but who cares. These groups have won again. All I care about is @CariChampion Truly

But I'm sure you'll be ok. You're gorgeous & talented. I hope that didn't offend u. To the PC army. Congrats! U won again! Gluten free cake!

I'm all for jokes, but there's nary the hint of a flyspeck of humor in any of his tweets. Parodying the rape of countless black women by white slave owners—who used the institution of slavery for this sanctioned violence—is abusive. Playing off the trauma of literally millions of women, in a systemically racist society that continues to erase, discriminate against and trivialize the plights of black women, is one of the things furthest from humor I can think of.

But, as his Facebook statement lays out, he's the real victim—of the dreaded "PC police":

"I'm about to say a few things I can't believe have to be explained in a rational world. I observed that Cari Champion was a gorgeous lady. I then thought it would be funny to tweet JOKES about that observation. A decision which might be the end of modern comedy. I would rather load trucks for a living then ever apologize to one of these awful PC groups ruining the country. So that's a NO. But if it upset the lady in question that's another story. Let me say to Cari Champion if this hurt u in any way I'm sorry. I'm a comedian. Sometimes I'm funny! For the record my moms disgusted w the tweets. But if I based my humor on my mom I'd be broke.

They're now telling me I can't appear on @Midnight tonight cause of the pressure they're getting from these groups. But who cares. I love the show & it's my living but who cares. These groups have won again. All I care about is Cari Champion. Truly. But I'm sure you'll be ok. You're gorgeous & talented. I hope that didn't offend u. To the PC army. Congrats! U won again! Gluten free cake! I've been asked not to appear on @midnight & uve ruined any chance I had at dating Cari Champion (That was a joke).

I'm not racist. I don't hate women. And to u PC groups that did this I wanna be clear. Go FUCK yourselves! Now get back to saving the world. Done. Peace."

Never mind that countless women have been triggered and traumatized (in a way, it's crucial to note, that white women whose history is not marked by the stain of slavery can never understand). Never mind that women's lives are being literally threatened for speaking out over this.

I want @artiequitter to know that his fan @marinhovy threatened to find where I live & rape me. Still think those jokes are funny?

Artie wants to tweet whatever he damn well wants and if he can't do that without people expressing outrage over the trauma and death threats left in his gross wake, FUCK EVERYONE IT'S THE END OF COMEDY.

He's privileging his ability to publicly post vile bullshit over the very lives of others. Sort of like the men who "just want to say hi" on the street who privilege their ability to say whatever the hell they feel like to women on the street even if we feel unsafe—and even die because we don't respond to it.

And though ESPN has called Lange's tweets reprehensible and has apparently banned him from the network, it's hard to think of any humorous note to end on.

Then again, I might just have eaten too much PC-infused gluten-free cake.