HeadSpaces: Help! My Boyfriend And I Fight All The Time And Never Resolve Anything 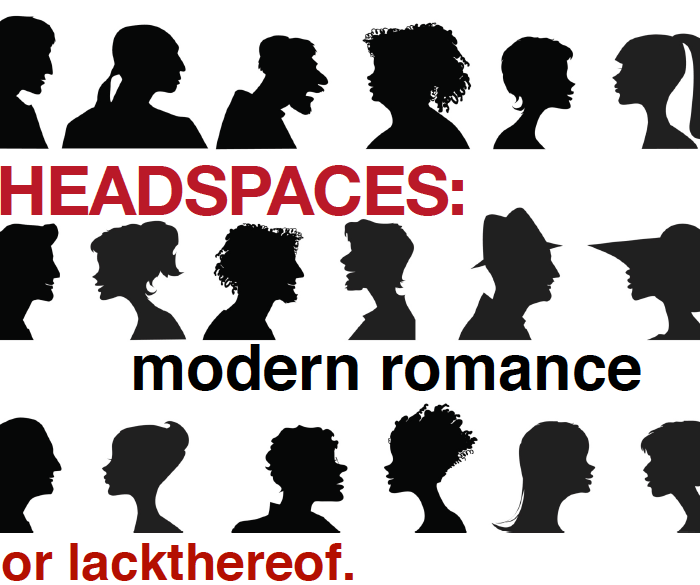 My partner and I fight (like any couple) but the trouble is that it never seems to resolve anything. It doesn’t matter what it starts with or what the argument is actually about...inevitably it ends up with me screaming at him in pure rage, and him (at best) just sitting there, barely saying anything. Sometimes he will even just leave. We never actually solve anything, it just ends up blowing over...until the next argument, when the same dynamic happens. Help me out of this horrible spiral. — Miserable Merry-Go-Round

Ok, first things first. Hate to break it to ya, but conflict is an inevitable part of any relationship, romantic or otherwise. But there is a decided silver lining to all those accusatory, eye-rolling, he-said-she-said, clouds looming all around you.

In fact, according to our resident Ravishly doctors, there’s a whole host of potentially positive outcomes if a couple can work out disagreements constructively. (Which, incidentally, doesn’t include throwing drinks in anyone’s face or slamming doors.)

Ben-Ami and Kozlowski explain that when conflict is addressed head-on and managed with patience and intention, it can actually resolve the problem at hand rather than letting it fester and lead to bigger issues.

“Conflict can help establish healthy boundaries in relationships, and it can help you grow as a couple. At best, friction and feuds can foster greater understanding of your partner and ultimately make you feel closer as a unit. The way said conflict is managed, however, can make or break a relationship. But rest assured—it’s not unusual for couples to find themselves caught in problematic patterns.”

Because a good dose of Dramamine isn’t going to your help nausea dear Merry-Go-Round, Dr. Ben-Ami and Dr. Kozlowski say you need to examine your respective behaviors (your intense expression of anger and his silent withdrawal) as these fighting “routines” are really only a small piece of what is transpiring inside both of you.

Articulating the bigger story is going to help you out of this deja vu predicament.

Some theorists describe a two step model of emotion where two unique—but related—emotional experiences occur in rapid succession when an intense feeling arises. The first is coined “the primary emotion” and is considered your immediate response to an event.

Primary emotion can feel quite vulnerable and in addition to feelings of being hurt, is also often accompanied by fear, shame and loss; which often lead to something called—you guessed it!— secondary emotion.

This secondary emotion, dear Ravishers, is actually a reaction to the primary emotion itself, not to the situation at hand. (Like getting angry in response to feeling hurt by a comment your partner just made.) Often this transition happens so quickly—what the hell did you just say to me?—that the primary emotion may barely register in your consciousness. So instead of making up and making whoopie, you’re left instead with the often inflammatory secondary emotion which may motivate behavior that isn’t helpful for the situation at hand.

So let’s put these heady—pun intended—ideas into play with you and your partner, Merry-Go-Round.

Anger, interestingly enough, can be either a primary or a secondary emotion, depending on the situation.

“Anger is primary when it’s in response to a violation or intrusion of some sort and can motivate you to assert or protect yourself in a way that will serve you. However, when anger is acted on as a secondary emotion, it can have a damaging effect. This is what we suspect is going on with you.

“It’s likely that in the fights you’re having with your boyfriend, the anger we’re seeing on the outside is really a response to a more sensitive and painful feeling you're having deep inside. If at your core, you’re feeling lonely or hurt, then anger is a common secondary emotion since it can help you feel powerful. But unfortunately, when anger is a secondary emotion, it distracts you from the part of yourself that needs your attention most.”

As for your boyfriend’s reaction, the Ravishly docs have a creeping suspicion that his tendency to retreat could also be a secondary response to something else happening deep in the bowels of his brain.

Apparently, withdrawal can be a secondary emotion masking more primary emotions (like those oh-so-charming feelings of hopelessness and/or disappointment in oneself). “Goddamnit, I’ve messed up again.”

The goal here is to practice tuning in to your deeper emotional experience and to eventually access and express the primary feelings that got this morass of misery going in the first place. Bonus! Dr. Ben-Ami and Dr. Kozlowski say that typically, primary emotion is also going to elicit a much more compassionate response from the other person.

So let’s go ahead and imagine the conversation like this (instead of you lashing out like a lady-tiger claws ablaze):

“I was really upset when you didn’t text me all night. I thought something might have happened. At first I was really scared. And then I started thinking that maybe I’m just all alone in this relationship. And really I just ended up feeling lonely and hurt.”

And then, we’re willing to bet that it would seriously shift your response if he was able to say, “It really upsets me when I see you hurt. I want to always do well by you and I get angry with myself when I don’t.”

Getting to know all those gritty, true blue feelings that often thrive in the shadows of your psyche also means getting vulnerable. Which, yes, can feel more-than-uncomfortable.

But the pay-off is bigger and better than all the lights, whistles and tumbling cascade of sweet sweet coins from the jackpot of a slot machine. Here are some ways to do it:

Lastly? Keep tabs on your experience in this wooly world of self-exploration. If things get too intense considering seeking out a tete-a-tete with a therapist. As the old adage says, relationships are hard work. So don’t be afraid to holler for help.

If you like this article, please share it! Your clicks keep us alive!
Tags
psychology
modern romance
couples
Relationships
fighting