I Got An IUD And It's Just Fine—Great In Fact 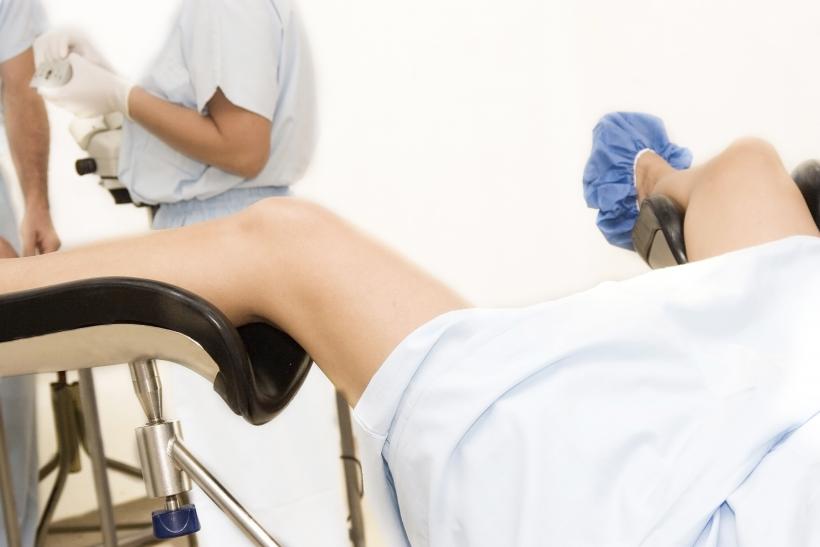 I had been on the NuvaRing on and off but mostly on since college—roughly 10 years—when my most recent relationship ended. As I was lumbering around love-lorn, raw and generally wary of menfolk—holy hell I'm not getting wrapped up in one of those pesky relationships again!—I was avoiding man-humans for a while and thus stop taking my birth control.

No use in wearing an admittedly strange estrogen-soaked rubber ring in my beloved canal if I didn't, like, need to. I thought I'd give the whole thing a rest for a while.

(As a total sidenote—cause I'm not here [today] to talk shit about the NuvaRing or my on-and-again-off again affair with depressive-anxiety—but 6 months after I got off it, I haven't had a hysterical freak-out. So that's a nasty little can of worms I'm wrestling with.)

The point is, it'd been six months since my breakup and I was finally creeping back into what's known as "the game," as I believe it is called? I booted up a Tinder account, held my nose, and jumped into the steaming shit-pile of digital dating. I'm happy to report, however, that said leap was in fact a fairly pleasant foray into humanity and I'm a total Tinder convert. I received only one dick pic and nary a salacious comment.

I even found a new lover-pending-boyfriend that is just the bees knees, let me tell you.

We started having sex with condoms—surely they're not as bad I remember, I thought—but christ, just the smell of the latex alone was enough to make my nose rumple and send unfortunate flashbacks of teenage fumblings into my brain; I could almost hear the swish swish of my corduroy bell bottoms as they were tugged off my body and over my sneakers.

OK, I thought. Condoms are a no-go and so is that birth control that maybe was making me crazy—as well as an unwanted pregnancy. It was time for an IUD, specifically Paraguard as it is utterly hormone-free. (Strangely enough, my own gyno said that, "no one really knows how it works . . . we just know it works." The brochure itself also explains precious little: "The copper interferes with sperm movement and egg fertilization, and possibly prevents implantation.")

I, like most twenty-something liberal lady-humans, have a few friends who'd gotten an IUD over the years and their stories ranged from ho-hum—yeah, a bled a bit—to holy shit, I thought I'd pass OUT when that thing passed through the mother-ship. Just Googling it delivers a proper deluge of terrifying stories. Seriously, just don't even do it. Because you'll find things like this and this. (Which says the "average woman" finds IUD insertion a 6 out of 10 pain factor—10 being utterly unbearable.)

Needless to say, I was a bit worried. But determined. And happily, I actually really like and respect my gyno here in Oak-land, so I grabbed my lady-bits and headed over to get a check-up and talk about getting the much-dreaded Insertion. I also realized that I was a little freaked out saying, yup, no kids for a decade! At 30. Meaning, yeah, you're right Mom, I'm probably never having children. I realize that if some mysterious and hard-to-imagine human presented himself and filled with me a desire to be filled, I could have the damn device out by the afternoon, but still, the tiny copper T felt like a potent symbol of my desire for sex sans reproduction—some quiet slut-shaming in my heart.

Finally the day came. My doctor's last words to me at our former appointment was, "Nobody crawls out of here, but plan on feeling really cramp-y and awful for a few days." Vague, but also very clear: You're gearing up for some serious physical discomfort.

I decided, fuck it, I'm just going to bike over to the appointment. I think it banished some of my fear to simply decide it was going to be fine. I was sweating when I got there, threw my backpack into a chair and scrawled my name down. I was handed the proverbial plastic cup.

I completely forgot what my mission was, emptied my urethra with aplomb, and then, frantically remembering the receptacle, tried to shake a few drops out into the urine chalice—but couldn't—so zipped up my pants and wandered out. I brandished the cup (which should have been handed off in a little weird two-sided cabinet in the bathroom) and said, "Sorry! there's nothing left. Can I just give it to you afterwards?"

"No," she smiled curtly. "We need it for the pregnancy test. Just a few drops." She jerked her head in the direction of the bathroom.

So I went back in like an admonished toddler and dutifully pushed a few angry yellow drops into the tiny bucket. I walked to the examination room and stripped down to my underpants, cursing—again—the outright humiliation of paper robes. My doctor strolled in a few minutes later pushing a cart of tools and paperwork like an white-coated AV assistant.

"You don't need to take off your shirt," she said matter-of-factly. "Yeah I know," I laughed. "I'm just so hot from biking over here!"

Her eyes widened. "You biked here? I don't think that's a great idea."

"Well, if I wanna die or it's really terrible, I'll have a girl-friend come fetch me," I laughed nervously.

She nodded and began busying herself with gloves, lube, with prepping the ice-cold TBD. Then she began her semi-terrifying monologue of the three-part cramping coming my way. The numbing agent for my cervix. The pinching. The cold. The Advil she hoped I had taken. The fact that if I was indeed pregnant—afterall, urine tests only detect a pregnancy that occurred before three days prior—that could be a real nasty situation and we'd have to remove the IUD immediately.

"Is there a chance you might be pregnant from these past few days?" She asked pointedly, pausing with poised pen over her folder.

My mind raced back to previous days' sheet-rumplings and sighs. "No, I really don't think so." But now you've got me worried, bitch!

"OK, lay back," she says. "Put your feet into the stirrups." I felt the rough paper against me, the plastic coolness of the chair, the open air hitting my body as I spread my legs ten inches from her face. Always surreal. Every time.

"This is going to feel a bit like a roller coaster." And so it did. My body was lifting lifting, my legs splayed, and then the chair jerked to a stop. My doctor sat on her little stool peering between my legs; all I could see was the tuft of her ponytail over the edge of my gown. My back was parallel to the floor. I stared at the ceiling and felt panic rising in my throat. I heard the ripping sound of the cardboard as she opened the packaging of the IUD. She was narrating every step of the process and I thought I would scream from the suspense. I was scared I would kick her right in the face as the metal slipped through my cervix. I could already feel my abdomen quake with sharp waves of confused cramps.

I'm sorry! I tell it. But this is the only way! And we're together and we're going to get through this! I'm going to drink soup and read a book and take care of you and then . . . just like that? It was over. Barely a pinch. The worst sensation of the entire ordeal was no worse than when you're gettin' it on a bit too overzealously, his member hits your cervix, and you wince with that ouch! too hard! feeling. It's not a nice sensation, but it sure as hell isn't some medieval torture shit.

"That's it?" I stammered, genuinely incredulous. She lowered me back to the ground. "That was nothing! It was like a little pinch!"

"Well," she said. "Everyone's different." Right, but if everyone's different, why choose the route of fear? I was all worked up, my mouth filled with acrid saliva. Is this some sort of attempt at avoiding a litigious nightmare? Was she scared that if she didn't tell me I was going to be rendered a miserable, writhing worm of sex-slavering sorrow that I'd sue her for PTSD when it proved a painful procedure? For fuck sake.

I pulled on my t-shirt and tried to act nonchalant. "Sooo, when can I start having sex again?"

She appeared a little startled. "Well, the copper IUD is effective immediately, but many women don't feel up to having intercourse for a little while. Have your partner get you some ice cream, watch a rom com or something."

I smiled. She had described a small quiet hell. "Riiiight. But there's no, like, danger in having sex immediately?"

Five hours later I was in butt-naked bliss, wishing I had done this a decade ago; so many tears, so many pregnancy tests, pills, and late-night posturing could have been avoided . . . Five weeks later and it's like it never happened. Not once did I crumple up with cramps or curse the sky. My period is heavier—but hell, a few more tampons are worth their weight in gold for every dread-free orgasm.

This Thanksgiving I am thankful for one less thing to worry about.