Sorry Kids, But John Lennon Was Not A Good Man 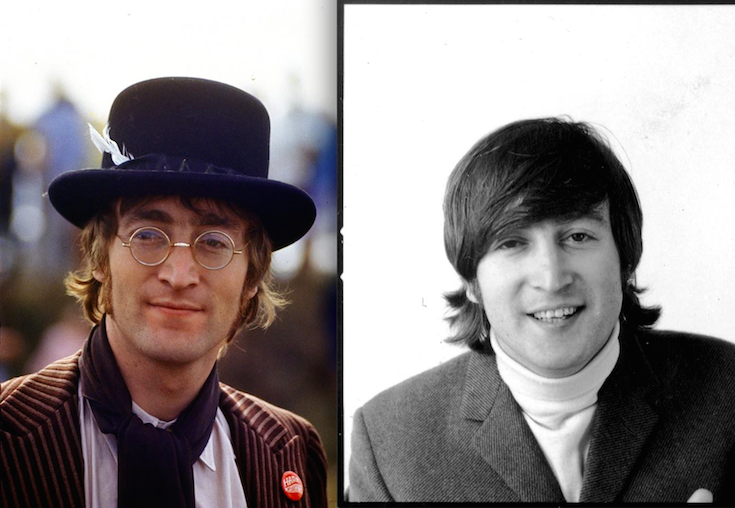 Like clockwork, Beatles fans journey out to Strawberry Fields Park every year on December 8—the anniversary of John Lennon's murder. Yesterday marked 34 years since the shooting that claimed the life of one of the world's greatest artistic talents, a man gave us songs like "Because," "Imagine," "If I Fell" and "Everybody's Got Something To Hide Except Me And My Monkey." (Wait, how'd that last one get in there?) Not to mention, the guy could fill an entire Pinterest board with his inspiring quotes.

I'm sorry if this is the music-lover's equivalent of learning Santa Claus isn't real, but it's my civic duty to inform you that Lennon was far from a peace-loving demigod. Let me be clear: This obviously does not in any way mean he deserved to be murdered, and his death remains a tragedy. But as our culture is apt to blindly idolize talent, without accounting for moral decency, it's important to reflect on some hard truths about Lennon.

As you may (but probably don't) know, Lennon had a son with his first wife, Cynthia. Julian, Lennon's son, has publicly discussed his father's less-than-warm parenting ways. First of all, Lennon bounced when Julian was a toddler. Julian didn't see Lennon for two whole years as a child.

Given that Lennon was richer than God, he surely could've managed to fly back home now and then. There was one nice guy who had Julian and Cynthia's back: Paul McCartney, who reportedly wrote "Hey Jude" for Julian (it was "Hey Jules" originally) to make him feel better about his parents' divorce.

Cynthia probably wasn't too upset about the divorce, though, seeing as how she claims Lennon was abusive to her. He bullied Cynthia into taking LSD—despite her claims that it made her sick—controlled her appearance, mocked her, hit her (though Cynthia swears this was an isolated incident) and verbally assaulted her. Cynthia received little money after their divorce and, desperate to make ends meet, hawked Beatles and Lennon artifacts—including love letters from her former husband. While this action raised eyebrows, Lennon's reaction was worse: He bought a letter, framed it and sent it to her. You know, after he left her for another woman.

Speaking of that other woman, let's get savvy on Yoko Ono. She, too, dealt with Lennon's controlling ways. The entourage noticed Ono following Lennon everywhere—even to the bathroom. According to Ono, Lennon made her do this because he feared that she would run off with someone else (specifically, another Beatles member) if she were left alone during the time it took to answer nature's call. Perhaps the tables should've been turned, considering Lennon once cheated on Ono while she was in the next room.

Let's talk friends, shall we? Rumor had it that Lennon hooked up with manager Brian Epstein on a private vacation two weeks after meeting Julian for the first time. At McCartney's 21stbirthday, the band's friend Bob Wooler joked that Lennon and Epstein had a sexual affair. Lennon flew into a rage and beat the pulp out of Wooler. Though he begged Lennon to stop, Wooler suffered a black eye and bruised ribs. Lennon would later recall that he was totally capable of killing Wooler.

Are these really the actions of a peace-promoting inspiration to us all? Is this the kind of man so many should be celebrating on their social media networks? As a musician, Lennon was a genius worthy of the highest respect—but that should not be conflated with blind admiration for his humanity. You may say I'm a dreamer, but I'd like to live in a world where we admire and revere those who've led truly good lives, not just those whose art we enjoy. And I hope I'm not the only one.