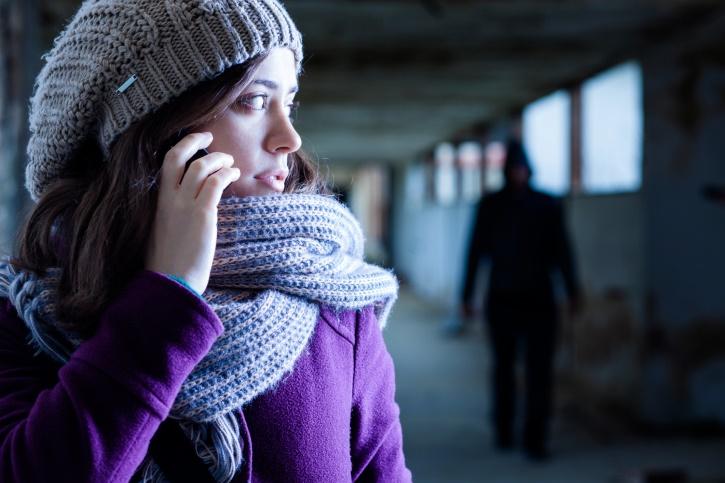 For many women, sexual harassment is (sadly) common. Those of us who experience it frequently are all too familiar with its negative effects . . . to the extent that it's hard to understand how anyone could possibly not understand such impacts.

The truth is, though, that many persist in believing harassment doesn't really do harm; that, to use the oft-quoted phrase, it "isn't that bad." For those people, we now have a study to prove them wrong.

New research provides evidence that sexual harassment is, in fact, traumatizing for women—especially for those who have experienced sexual abuse. The study, conducted by a team of seven women from the University of Mary Washington Psychology Department, sought to explore the effects of "body surveillance" and "unwanted sexual advances" (translation: uncomfortable stares and harassment). They gathered women of various ethnicities and had each fill out an online survey. Researchers specifically designed the questions to test how women felt about the appearance of their bodies, and to identify feelings of shame.

Subjects were then asked directly about harassment. Did it happen often? What kind (verbal, physical) did they endure? In what must have been the most emotionally draining survey ever, participants were finally asked about their history of sexual abuse.

What did the researchers find? That objectification resulted in, and we quote, "insidious trauma."

The effects on the psyche, researchers found, are long-term, piling up slowly. Women who experienced frequent sexual harassment displayed signs of trauma and PTSD. Those who had a history with sexual abuse endured a greater degree of trauma, regardless of how often they were harassed. Many women reported body shame—feelings that, not surprisingly, paralleled those who suffer from an eating disorder. The researchers concluded:

"Interpersonal objectification has the potential to have serious negative consequences, and unfortunately, failure to recognize these events may leave women wondering if the discrimination they believe they have experienced is real . . . Women become caught in a Catch-22; if they speak out about how they are treated, they are likely to be labeled as 'overly sensitive,' and if they say nothing, they have to live with these experiences without the chance of social support or vindication. The ambiguous and subtle nature of sexual objectification, particularly the experience of body evaluation, can make this experience of discrimination difficult to acknowledge, discuss, and cope with. Gender-based discrimination in the form of interpersonal sexual objectification can have a significant impact on the psychological health of women and, although some may wish to minimize the impact that these events can have, studies such as ours indicate that these are not matters to be taken lightly."

The study is imperfect—in-person interviews, for instance, would surely have deepened the results, and no LGBTQ women were included. But by offering improved understanding about gender-based harassment, the study's results are significant and even necessary. Specifically, the research helps to dispel some dangerous stigmas; for instance, it was once speculated that women simply didn't handle trauma as well as men. Now we know that women experience small traumas every day . . . and that they add up.

All of which raises the most important question to ask: How do we utilize these and similar results to change the culture surrounding harassment? Because unless this study is blasted to all harassers Clockwork Orange style, objectification will endure. Men who don't experience harassment will never truly understand its impacts, but they can acknowledge these effects in a way that engenders behavioral change. We just have to make it clear that sexual harassment is not "no big deal." And we have the research to back this up.