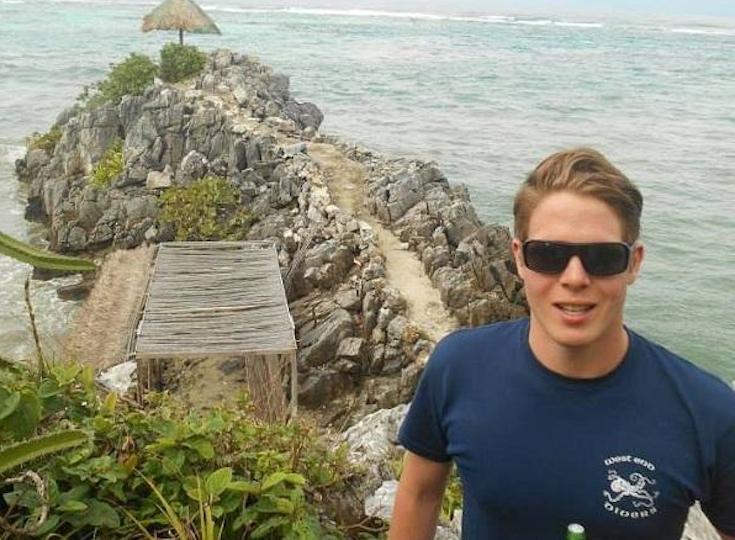 Most handle breakups with a pint of Ben & Jerry's, a jug of wine and a Netflix queue of bad TV. When Jordan Axani's relationship went up in flames, he handled it differently: by starting a charity. And his story has become this holiday season's unlikely Internet sensation.

Let's start from the beginning.

Axani bought (heavily discounted) tickets for a once-in-a-lifetime trip around the world with his then-girlfriend, Elizabeth Gallagher. Before the trip was set to take place, the two split—and just to make the breakup even more traumatic, Axani discovered that Gallagher's ticket was nontransferable. Determined not to waste the ticket, Axani—with the help of his brother—searched the Internet for a lucky lady also named Elizabeth Gallagher to step in. He found a woman we'll call "Quinn," and the two took off on December 21. Both Quinn—who has a serious boyfriend—and Axani insist the travel adventure is strictly platonic.

Now to the good part: the development of Axani's charity.

In Axani's search for Quinn, he came across several heart-wrenching tales from people longing to travel. Surprisingly, the stories weren't all "I just wanna Instagram the Eiffel Tower, #Literally." Instead, he received tales from folks who yearned to journey to a specific locale, but lacked the means. Inspired, he formed A Ticket Forward* to gather the funds to help these people travel, on the grounds that it can be "transformative." Axani gathered an impressive team—director Andrew Vine previously worked with Canada's former prime minister—and partnered with the crowdsouring site CrowdRise (whose tagline "If you don't give back no one will like you" is too awesome not to share).

Cue the inspiring stories. Take Nickeisha: This 36-year-old single mom grew up in Jamaica, but had to escape with her family due to increasing political turmoil and violence. Once in Canada, her past continued to haunt her—despite her academic achievements. Nickeisha, a survivor of sexual abuse and domestic violence, is a social worker and volunteers as a crisis hotline counselor. In other words: She deserves a damn vacation. But a week of relaxation isn't what Nickeisha covets; rather, she is deeply affected by the apartheid and wants to journey to South Africa as a personal pilgrimage. Though Nickeisha is busy with her volunteer work and full-time job, she doesn't have the funds for such a journey. It's not just Nickeisha. The site also promotes the destination dreams of Carrie, Glenda and Saida.

Most remarkable is that Axani is changing lives post-personal heartbreak (talk about winning a breakup!). Quinn is not Axani's future love—the two have made that clear—but Axani is walking away with a better love story. Some of the travel-wishing stories note depression, serious illness and (previous) suicidal thoughts; A Ticket Forward has the potential to truly impact the lives of those in need. And that's way better than "getting the girl."

*a 501(c)(3) charity, in California, under the fiscal sponsorship of the Edward Charles Foundation, FYI