Inside Glassbreakers—The Start-Up Supporting The Women Of Silicon Valley 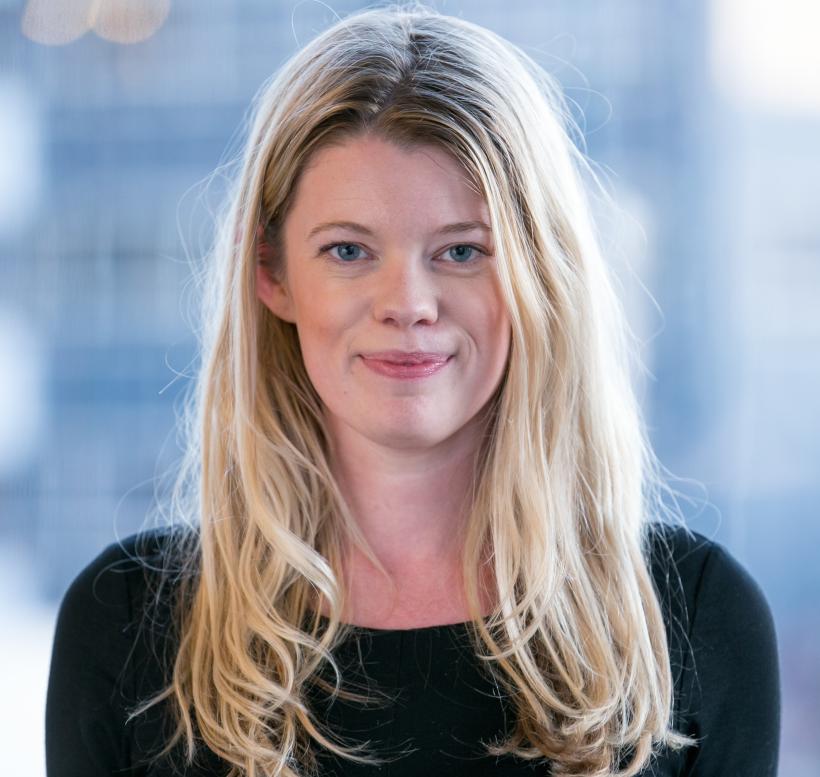 Like Wall Street before it, much has been made of Silicon Valley becoming a man's world. Or perhaps more precisely, a bro's world. As detailed in a new Newsweek cover story, the culture is not only male-dominated, but steeped in what it dubs the "frat boy" mentality. "Brogramming" has become a cheeky catchphrase for a reason.

In her own career in the tech industry, Eileen Carey hasn't faced much in the way of outright bias or harassment. But she knows all too well that a glass ceiling very much exists—and along with computer programmer Lauren Mosenthal, she's decided to do something about it.

Her deftly named start-up Glassbreakers is dedicated to helping women, well . . . kick some glass. And it's doing so in a shrewdly simple way: by connecting females in tech with mentors and colleagues who understand what it's like to be a woman in the field.

The approach is grounded in very real need; when Kauffman Foundation researchers recently interviewed 350 female entrepreneurs, most cited “lack of available advisers” as the biggest hurdle to their success.

To connect like-minded women, Glassbreakers relies on an algorithm and LinkedIn data, while also offering encouragement and support via content provided by inspiring professional women. Already, 1,600 women have joined the community—and that's just the beginning. As Carey told me, "That number is probably going to grow in the next couple hours."

I chatted with Carey about the impetus for Glassbreakers, the importance of male allies in the fight for gender equality, and the dress code gender gap.

The misogynistic frat boy culture of Silicon Valley is well-documented. Why do you think it exists?

There are a lot of historical and sociological reasons. I worked in finance before the tech space, and my mother worked on Wall Street as well. The financial industry went through some changes, and it is actually quite good at gender equality now. I was at Citigroup, where there were a lot of amazing programs for women. When I first started in Silicon Valley, I worked for a company called MarkMonitor, where my [female] boss was a phenomenal mentor.

I had a great experience, but I met a lot of women who worked at companies that didn't care about diversity. They didn't have a diverse mindset.

There was a New York Times article about men who graduated from the class of '94 founding Netgate and all those big Internet companies. Then there was the invention of the personal computer; computing used to be mostly women, but with personal computers, PC gaming got huge, and it's male-dominated.

On the other side of the table, in the venture capital world, it's the people who made money in the '90s that supported new Internet companies. So we got to this place in part because there wasn't enough diversity in the '90s.

What has your personal experience as a woman in tech been like?

Why focus Glassbreakers on women-to-women mentorship and support?

Because women face career challenges that are different than men, because there is a glass ceiling. It's hard to be what you can't see. So if we can connect more women to each other, they can see themselves down the line. If challenges we faced were equal, gender wouldn't matter to mentorship. But we know there are experiences that are different.

What specific experiences are different?

There's working for a company, and the leadership team is all male. If you don't see anyone in management who's female, it can be disheartening for millennials, because we expect it to be 50/50; college is 50/50, and we were raised feminist. And then we enter a workforce with different viewpoints.

It also depends on the field; women in STEM face different challenges than women in media. For women in STEM, the dress code is hoodies and jeans. In New York, working in media, you may feel pressured to dress up more in the office. Dress code is a weird thing women have to worry about, that men don't have to so much.

I know for me, I dress down and wear a backpack everyday. In New York, I was wearing heels and dresses. My decision to dress down made my life simpler, so there are definite benefits, but it's also because I don't want to call attention to my gender.

Do you think this is the way it should be?

In Silicon Valley, it's different; it's way more of a dress-down culture in general. I'm not into fashion, but I hope that dress code isn't an important factor down the line for being taken seriously. Anyone should be able to wear whatever makes them feel confident.

Any success stories from Glassbreakers to share so far?

We've matched a lot of women offline. So the algorithm works! As of today, we're at 1,600 users. That number is probably going to grow in the next couple hours. We've also built a really amazing team, of all women.

Are you hoping to keep it all women?

No. When we expand the team, we're hoping to make diverse decisions that include men. It's important for men to be a part of this, and we've had amazing support from them. The director of marketing for Prism Skylabs let us work out of their offices. They've just really believed in our mission; it's a team of male feminists, and a great example of a company that cares about diversity and cares about us.

We've had a lot of that; men showing up and asking, How can I help? We haven't faced any weird discrimination. In fact, it's been the opposite.

Why is male support important?

At the end of the day, it's about creating a strong workforce that improves society and the economy. And men are affected by sexism as well. Toxic masculinity doesn't help anyone. The sooner we can get to a balanced workforce, we will all benefit.

What's the dream with Glassbreakers? Where do you see it in one, five, 10 years?

Our dream is for a woman in Mumbai who just became the first women to go to college and get a computer science degree, who gets her first job as a software engineer on a team with four guys and she's the only woman, to go on Glassbreakers and find a software engineer who has a couple years experience and is three blocks away from her. And to grab coffee. We want this to be a global platform and a global solution.