The First Cut Is The Deepest? Ravishly Tales Of First Love 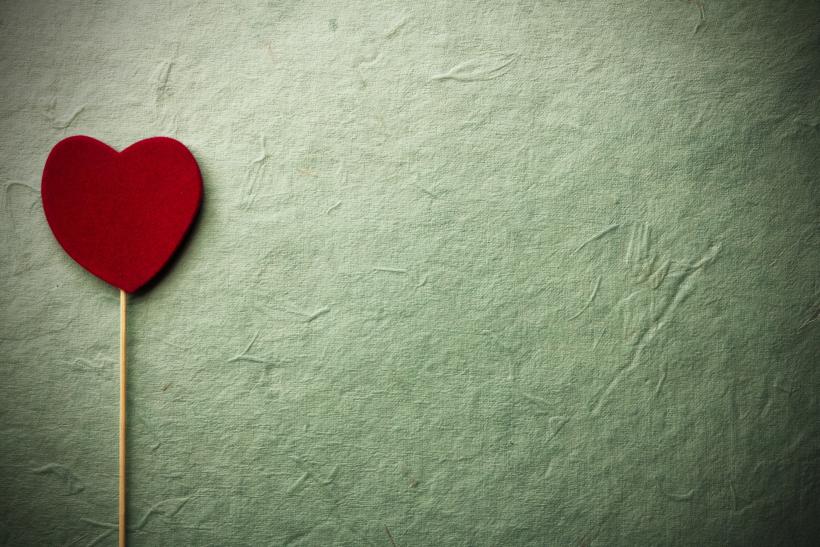 Here at Ravishly, we're all a bit divided on the whole Valentine's Day thing. Let's just say some of us are hopeless romantics and might consider a screening of Sleepless in Seattle for the holiday, while others are on the prowl for something closer to Battle Royale. (Complete with the exploding neck-collars.)

Despite what some might perceive as irreconcilable differences—we've got the divorce papers right here!—we realized that we are all, every damn one of us, all about love. So if people want to Make It Rain on February 14th, so be it.

And while a combined century and a half of experience on this earth has taught us that love manifests itself in all kinds of ways—aunts! mothers! sons! friends! pug puppies!—there's something about your First Love that casts quite a spell on the psyche. So we thought we'd share our first-cuts with you.

It was an idyllic Vermont summer, the sun hanging bright in the sky, brimming with promise. My soul was a similar bright bubble of hope and optimism, buoyed by the brilliant greenness of the freshly cut grass. I, in my youthful tenderness and naivete, thought I was ahead of the game, a horse exploding out of the gate, leaving everyone in the dust of my burgeoning achievement; I was convinced I'd found "the one," putting me far ahead in the game of life. Some said I was foolish, but he made me feel whole in the wake of my devastating break-up with Zack, whom I'd initially thought was "the one"—mostly dictated by us sharing names with the lead couple on Saved by the Bell.

Yes, we may have rushed things, pulling together a hurried ceremony composed of taking a joint trip down the playground slide after a mere two weeks of courtship—comprised primarily of recreating scenes from Star Wars. But take the plunge we did. And no, it wasn't "legally binding," but we were rooted in the harsh reality of not being able to break out of the preschool's playground yards, and thus forced to bear witness to our love with what others perceived to be a contrived heaviness. But it was real for us. Plus we likely couldn't even have written our names legibly on any official documents; we were four, for fuck's sake. As it shakes out, we grew apart within a week. And though we remain friendly, I still had to find out from a mutual friend that he was officially engaged to another woman as of December.

Ah, well. Here's to hoping the first cut is the deepest.

It's not easy for me to identify my first love, because the essence of what that love is has continuously evolved. For my first couple (relatively brief) relationships, I was constantly questioning, Is this love? How do I know? Is what I’m feeling now “it”? What about what I’m feeling now? In my next relationship, which lasted years, I said “I love you” for the first time, and I did mean it; but there was still something holding me back, a slight tug of invisible rope that could never let me go. It says something that when I said those words for the first time, I was both inebriated and post-coital, my inhibitions coaxed into submission.

In some ways, then, I think my first real love is my current partner. When he told me he loved me for the first time—resting his hands on my shoulders and looking me square in the eyes as we showered together—I felt an immense sense of relief, as well as gratitude for what I’d found. This time, the questions were silent, the tug nowhere to be felt. Before saying “I love you too,” I rested my hands on his shoulders, looked him square in the eyes back, and said: “Thank you.”

I try not to think of her often. When you're young, no one warns you; some use the "l word" as a bandage to patch up the cracks they gave you in the first place. I remember running down the "abusive relationship" checklist from the counselor's office and just feelinggrateful that it hadn't gotten to that, yet. People see my writings on sluttery and assume that I'm a crude hardened-heart-hate-lover--I'd rather a lifetime of detached one night stands than to ever have an appeal to some abstract, intangible connection to justify my pain and hurt. Anyone who counts on "the love" to remedy and reconcile their hurting of you doesn't deserve that love. Love is not a safety net. It's not a Phone-A-Friend. It's a struggle, it's active resistance to entropy, and you deserve someone who will fight as hard as you, even if--especially if--that means owning their fuck ups.

Oh *Dane! My 4th grade, trombone-playing lover! How I yearned for the teacher to re-arrange our seats so I could compete with you during "Math Madness." How my heart raced when I passed you the quintessential, elementary school love note complete with boxes for marking "yes" or "no" to whether or not you'd hug me—either fulfilling my life or crushing my patterned-jumpsuit-wearing soul. He marked yes! My heart burst! I was, give or take, a million times more nervous than the thought of having to cross the oxen over the river in Oregon Trail.

And then the blow. He moves. All is lost. A reunion over Facebook some 10 years later. A brief pang. Kind of.

My first love is a boy I met in English class. (As a disclaimer, I’m usually not one to get overly sentimental about these things, but Valentine’s Day is the one day of the year I feel entitled to say fuck it and go all out.) It all started at USF (San Francisco not South Florida, which makes it so much more romantic). We used to make googly eyes at each other in our short fiction workshop—one of those deals where all the chairs face each other in a big circle. After a whole semester of this, he finally asked me out the way lots of college boys do: “Hey, so, I’m in a band, and, uh, you should come to one of our shows sometime.” I thought yeah, sure buddy, your band probably sucks.

But then I listened to one song. Then I listened to the whole EP. On repeat. So I guess I fell in love with the music before I fell in love with the boy. We had our first kiss at the bus stop on 4th and Fulton by Golden Gate Park. It was after one of those shows that he walked me to the bus stop that would take me home. He kissed me just as the bus was coming, and it passed us right by. He held my hand as he walked me the whole way home. Three years later, we have a beautiful son together—an 18-lb mammoth of a Chihuahua. He’s not just my boyfriend, he’s my best friend. He’s the kind of guy that helped me take care of my mom when she got cancer and wait in the car while we tried to spring an intervention on my father. He makes me soup when I’m sick. He makes me laugh all the time. He doesn’t mind my ugly cry, and sets me straight when I’m being an asshole. He’s my first love, and I look forward to loving him for the rest of my life.

I was 16, a sophomore in high school. *Brad had—incidentally—been casually making out with one of my best friends for a few weeks when I realized that I was just like over the damn moon for him and she was basically just  . . . bored. I received permission to pounce on her leftovers—I honestly remember her like shrugging in confusion at my elation. I felt like she was the fool of the damn century. Right before we finally got together, I remember leaning against his legs before he left for cross country practice. He buried his hands in the hair at the back of my neck and gently scratched my head before darting off. I remember everything about that moment. Like beetles had filled my stomach. The feeling of his shin-bones against my back. How good the sun felt after such a long winter. To make a long story short, we dated for a year and a half, breathlessly, desperately. Crying, fighting. Having sex like mad. Writing love letters. Thinking we were invincible and cosmically-bound.

Eventually my deeply erratic and depressive 16-year-old self proved too much. I felt him slipping away. When I finally got the courage to confront him and asked (standing under a bare tree in the rain no less): "you do love me like you used to?" He looked me in the eyes and said, " . . . I don't know." And then I called him a coward and slapped him across the face. And then I ran away. I was starring in my own good-bad movie.

Then he started dating the hot, kind-of-dumb girl at our school. And then . . . three years later I tried to get him back. He said no. Twelve years later I still hope he regrets that.

When I was 17, I told a friend that I would "always" date but "never" fall in love. "I'm just not a person boys could fall in love with," I explained. As if to prove me wrong, the universe sent *Zangeif months later to perform the noble task of serving pizza to me at a restaurant. The chemistry was instant. (He was also a convicted criminal; he had been in for 31 days on account of stealing TVs to pay past-due rent.) We said "I love you" after seven months of dating. I couldn't stop smiling and squealing. I felt as if we were briefly removed from the physical world, and had created our own space complete with separate laws of physics.

The lack of confidence I felt so keenly the previous year was minimized and for that, I am forever grateful. When Zangeif and I broke up, he told me that he'd always care for me. Not only are we still friends today (more than five years after our breakup), but he allowed me to use an extremely personal story of his for the aforementioned article. The catch? He chose his fake name: Zangeif. Had I known he would select such an outrageous name, I definitely would have rolled my eyes less when he played video games.

If you like this article, please share it! Your clicks keep us alive!
Tags
first love
growing up
dating
breaking up
Love
Valentine's Day
first cut is the deepest