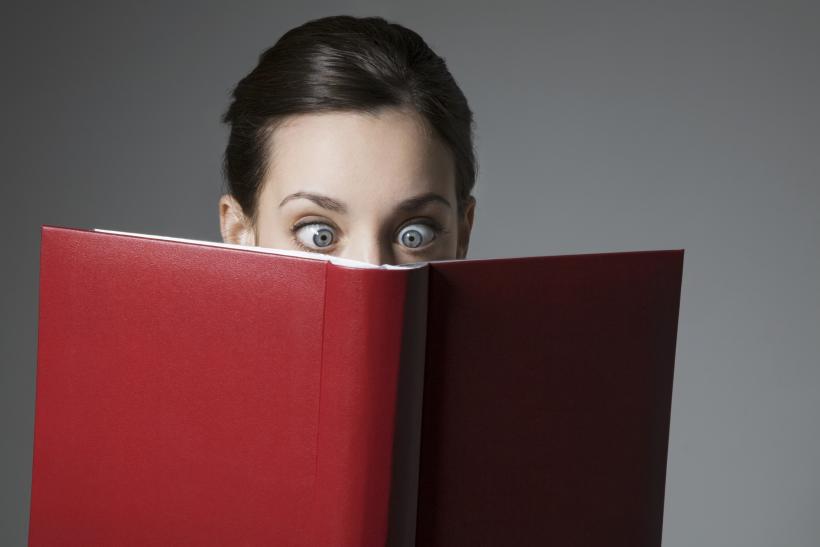 Once upon a time—this week—a dress dominated the news cycle. Quite unexpectedly, the four most heated and uttered words this week were "blue, black, white, and gold" . . . which makes the world we inhabit a super weird wonderland (that said, I personally believe our collective redemption is tied up in The Dress). Viral frock color disagreements aside, there was a lot going on in RavishlyLand (a beautiful place—do come visit!).

We ran a moving series for eating disorder awareness week. Staff writer Jetta braved the cold terrain of our great northern neighbor, reflecting on depression and winter along the way (and our beloved Canadian contributor Anne Thériault offered up her own advice for getting through winter via, delightfully, Narnia's White Witch).

For those looking for a reason to knock a few back this weekend, the FCC has secured net neutrality—huzzah! And for those looking to learn, grow, and be wildly entertained—as is the Ravishly way—I offer up the following selections, our top reads of the week.

Co-editor Kelley Calkins (i.e., um, me) realized a life dream when she got to interview writer Roxane Gay. She is now reliving that dream and sharing the magic with others by reflagging said interview and featuring it prominently at the top of this list, where it belongs. She's not promising it will definitely change your life . . . but it (or at least Roxane Gay) will in fact most likely change your life.

Choice quote: "You packed your panel at the Brooklyn Book festival. It was a panel on feminism and writing—and there was a line literally around the corner. People were tweeting you were the new iPhone 6. If you were in fact an iPhone 6, what would be your unique features? Or would you be a droid?

Oh I would be an iPhone 6. I enjoy sleek Apple products, and like the iPhone 6, I can't quite fit in your pocket but I'm fun to hold and touch. My unique features would be a bullshit detector and an invisibility shield."

My Daughter Is A Gift—But Her Autism Is Not

Choice quote: "Her older sister said something to her, or maybe just looked at her, and that was enough. She began to roar, scream, bang her head. The sounds emitting from her mouth alternated between guttural and ear-splittingly high-pitched. I tried to speak to her, but that only made it worse. She looked at me with the eyes of a caged animal, crawled away to huddle into a corner, and screamed louder. There was nothing left to do but wait it out. Nearly 30 minutes later, my nerves frazzled and my teeth grinding subconsciously, it was over. She began crying, came to me for a hug, then ran off to play.

The Revolution Is Nigh: 8 Female Podcasters Changing The Game

Co-editor Nikki Gloudeman dove into the world of women podcasters, interviewing seven of the leading movers and shakers to see what they "think about the state of gender parity in podcasting today, the value of diversification, and industry sexism that can be subtle but damning."

Choice quote: "Most people consume media—be it news, film, radio, literature, television. Seeing yourself and your experience reflected in the media is one of the best feelings in the world. It makes you feel validated, it makes you feel heard, it makes you feel real. It's empowering. There are huge groups of people who either A: never see themselves reflected in the media or B: only see themselves reflected through the lens of someone else's (white straight upper/middle-class male) perspective. Women are only one of these groups. There are so so many more. And to be honest, I think the value of having middle-class white women's voices is a start, but still problematic in many ways."

As a part of our special series for National Eating Disorder Awareness Week, new contributor Suzannah Weiss expertly teased out problematic things we say to people suffering from disordered eating. As she points out, even "your well-meaning words can sound like something completely different to the victim." Check out this piece to learn more about supporting the victims in your life and check out our partner the National Eating Disorder Association for more information and resources.

There’s a suspicious assumption made throughout our culture that women’s choices are based on men. I see you, patriarchy.

In reality, the causes of an eating disorder often have little to do with the desire to be attractive. In fact, some eating disorder victims have confessed to gaining comfort by making their bodies less susceptible to unwanted attention. In the iconic eating disorder memoir Wasted: A Memory of Anorexia and Bulimia, survivor Marya Hornbacher dates her eating disorder back to her discomfort around “the older boys at school who snapped my bra in the halls or came up to me during lunch, leering.”

Getting Old Just Got Awesome: Sex Gets Better After 50 Years Of Marriage

And to round out our little round-up, we have some good news for boot-knocking in our golden years! Co-editor Katie Tandy delved into the unfortunately named study Marital Characteristics and the Sexual Relationships of U.S. Older Adults: An Analysis of National Social Life, Health, and Aging Project Data to dig up the titillating data: getting frisky is better after decades of marriage. So, um, anyway, I gotta go hit the Tinder hard and track down my soulmate, but I'll leave you with this gem:

Choice quote: "Can I just say that I am more than ready to forgo some of my crippling neuroses?! If post-50 means steady loving sex accompanied by a healthier headspace and an utterly foreign feeling of contentment and clarity, just go ahead and fast forward my ass to 2035.

There's even an upside to the long dark shadow of your rapidly-approaching shallow grave! Stroope and his colleagues also explain: "Socioemotional selectivity theory suggests that, with the realization of proximate death, the goal of social relationships change such that emotionally meaningful relationships are primary."

Basically? Age makes you wiser, marriages get better as the clock tick-tocks your togetherness, and instead of craving a wham-bam alley-tryst from a tall dark stranger, you'd rather drop trou with your life-lover. Because it's more meaningful."

Editor's note: I'm not sure if I mentioned this, but I just wanted to say, we have an interview with Roxane Gay you can find here.