Quit Projecting Your Desire: On Transphobia, Lust, And Gender 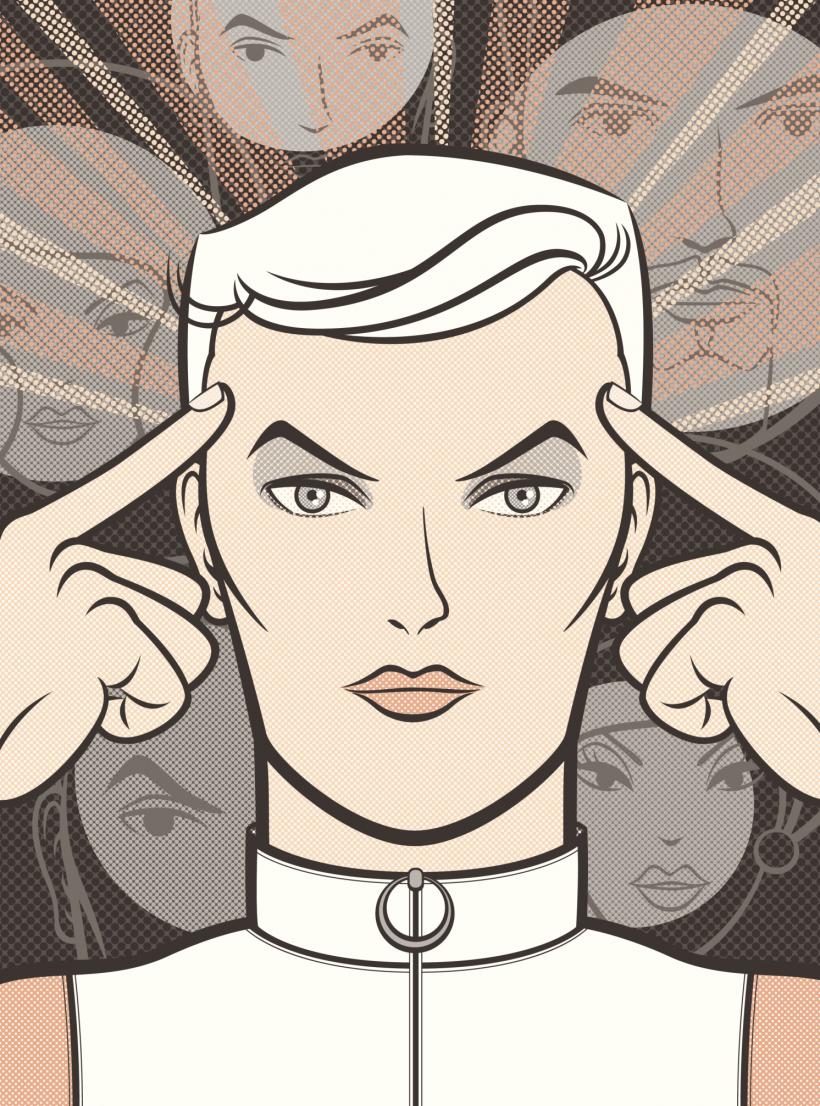 So, my friend Tonya, she like, gets folliculitis real bad. I’ve told her “why don’t you try waxing, girl?” but her skin is really sensitive and burns real easy. She usually just doesn’t mess with it down there, you know, because “don’t start nothin’, won’t be nothing” you know, but she’s been dating and some guys like that sort of thing.

I mean, to me it’s whatever, like okay, evolutionary psychology has been telling guys their desire to fuck prepubescents is like “natural” and so you want me to shave down there to help you engage this appetite that society has coddled and encouraged, I get it, kinda, but I’m just not about that life. I go full lezzie for an unshaved cooch. But I’m down with any girl wanting to mow her lawn before going down. No judgment! That’s why Tina Fey made feminism.

So, my girl Tonya, she’s out with this guy, and it’s clicking for her.

She says, “Hey, I wanna do the nasty with you, but I wanna warn you, I get this rash from hairs becoming in-grown after shaving, and if that’s gonna be gross for you we don’t have to do this or we can just focus on you. I’m okay with whatever.”

And this guy’s all, “Well you don’t have a penis, so it doesn’t matter to me.”

My girl’s all, “Um, later, you know your way out.” This dude gets all aggro, asking her if she’s really a man, that he’s no homo, and why does it matter that he doesn’t like dick if she don’t got one.

Now, check it, chickadee: Tonya is an outstanding girl. She works hard for the money, and does a shit ton of volunteer work, too. She’s hot as hell and she’d still be fine whether she had a penis, a vagina, or the burger phone from Juno, you feel me?

It’s dangerous to be complicit in this effed up society’s idea of “vagina = woman” because if your whole identity as a person is tied to a single aspect of yourself that you didn’t choose, if someone else gets to decide what makes you a woman, than that thing that makes you a woman can be revoked like a learner’s permit at any time.

You ever see that episode of America’s Next Top Model where that girl asks Fatima if she feels like less of a woman because she’d been circumcised? That’s what I’m talking about.

My girl Deidre has vaginismus; her flower has trouble “accepting the man’s watering can.” It’s a dealbreaker for a lot of guys who want “functioning equipment.” Her shit’s not broken, dog, it just works different! She’s not less of a woman or a “failure” just because your dick didn’t turn out to be the Sword in the Stone, okay bro?

Anyway: Tonya. Tonya tells this motherfucker, “if you’re only interested in vagina you should just put that on Tinder. Interested in: Vagina. Not women, just vagina. It would have saved us both the trouble—good thing Hulu and Netflix are a thing because if I’d have missed one of my shows for this I would have fucking cut you.”

And he’s all, “But that’s not how Tinder works! And House of Cards is a good show, but did they really have to make Frank bisexual, I think they did that only to make him more hateable to a male audience,” as she’s shooing him out the door. I’m proud of her.

Ugh, yeah, we get it: “some people just have preferences.” But feel me on this, if you’re out at a club or a bar and a woman’s getting your dick hard, it’s not what’s between her legs that’s doing it for you. It’s how she carries herself, how she talks, how she moves—the pussy or cock is all in your mind at that point. It doesn’t exist in that scenario because it hasn’t been observed.

If you’re suddenly “not interested,” or, and let’s be real here, disgusted, upset, or even violent when you find that hot mamacita’s packing heat, you gotta ask yourself: is projecting your desire on other people’s bodies and then getting angry when it doesn’t line up with the fantasy you built in your head something that an adult does? Is that the kind of person you want to be?

So she’s “falsely advertising”—why should only people with vaginas be allowed to wear tight black dresses and hoop earrings? You ever see a wildebeest in a halter top, bro? This shit’s all constructed. It’s society.

If you think society knows best on what norms we should enforce people born with penises or vaginas to conform to, then I better not see your ass come crying to Twitter because society’s made it impossible for men to express vulnerability or stay home to raise their kids or enjoy cake decorating—I mean, I will, sooner or later, because eventually patriarchy burns every dude at some point in their lives. But I will take as much pleasure in saying “I told you so, you scrub” as I can.

Those rules you’re willing to enforce, violently, in a stranger’s bedroom or on the sidewalk outside a club were not written by women. They were written by men with penises, men who won’t see you on equal footing if you lose one of your balls to testicular torsion or get a prostatectomy as cancer treatment—if you get AIDS, they’ll ask how you long you’ve taken it in the ass and what your boyfriend’s name is.

You’ll have your manhood null and voided with the same rubber stamp you used to mark certain women as “pretenders” or “traps.”

My girl Tonya—her name’s not really Tonya. And she’s not my girl. My roommate. My coworker. My friend I braved three days in Waco to see get married. I’m rich as shit in rad women who teach me something new every day about self care, compassionate resistance to systemic violence, and how to cut a t-shirt into strange new outfits. And I have no idea what their vaginas look like, or if they even identify what they have as vaginas.

An obsession with the genitals of strangers does not come from a place of respect, for yourself or otherwise. To tell trans women they don’t belong or that they are “fake women” is to just, like jog over to the same dodgeball team as the guy who sees women as walking vaginas in various states of compatibility with his dick before captains even choose you for their team. Futile.

Is that how you want to spend your gym class?

Do they have gym class in college? Does Tonya spell it with two a’s or did I have it right the first time?

Uh oh, this metaphor is coming apart—like patriarchy's hold over the bodily autonomy of women!

If you like this article, please share it! Your clicks keep us alive!
Tags
Transgender
Love
lust
cisgender
dating
projecting desire
what is gender? gender performance