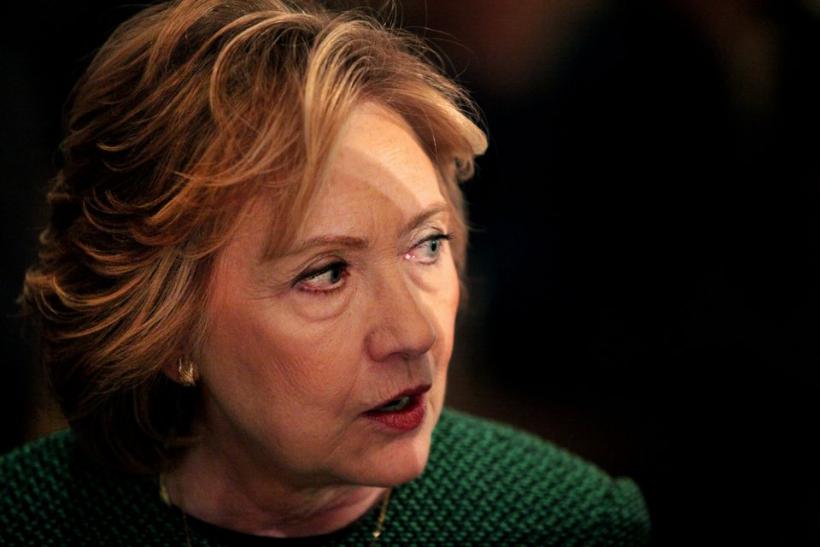 Be afraid. Be very afraid.

For the past several months, I've spent many an hour poring through what can only be described as a delusional, whacked-out wonderland, a rabbit-hole sans gravity or sanity. What exactly is this twisted kingdom, this odd and unavoidable vortex I'm describing?

In my weekly Pantsuit Politics news round-ups, I've come across plenty of Hillary headlines that are legitimate, of course. But I've also stumbled across many more that are so ludicrous they read like straight-up satire.

The bottom line is, whatever the reasons, this is a woman who has elicited some of the most brazenly and bizarrely hateful headlines and news stories in the history of political punditry.

Now that Hills has officially—finally!—announced her presidential candidacy, we can only imagine—cringe in anticipatory horror—how much more totally bat-shit insane things will get. Until we tip into total madness and Kali devours us all, let's share some sound reasons that Hillary's potential ascendency to the presidency could portend the end of the world as we know it:

1. Hillary is a "sadistic nurse in a mental hospital"!

Where does she find the time?

2. Along with the film Frozen, Hillary has destroyed manly men!

Unmanly effeminate lady-men are totally safe from her emasculating power presence, tho.

Isn't it amazing how one woman can cause one of the most deplorable, chaotic atrocities in modern history? Sure is!

Oh for sure! Showing respect for one's enemies and fostering communication in an attempt to counter future death and retaliation is DAFT. In fact, we should just bag the whole State Department. Diplomacy schpliplomacy.

And oh my god, you guys, there's a totally damning coloring book about it! And I mean, who believes that a deeply insulting, inflammatory anti-Muslim video could have spurned jihadist extremist Abu Khattala to stage a terrorist attack? Yeah, he openly admitted that WAS the reason he was so angry and murdered Americans, but, that sounds like fishy logic. 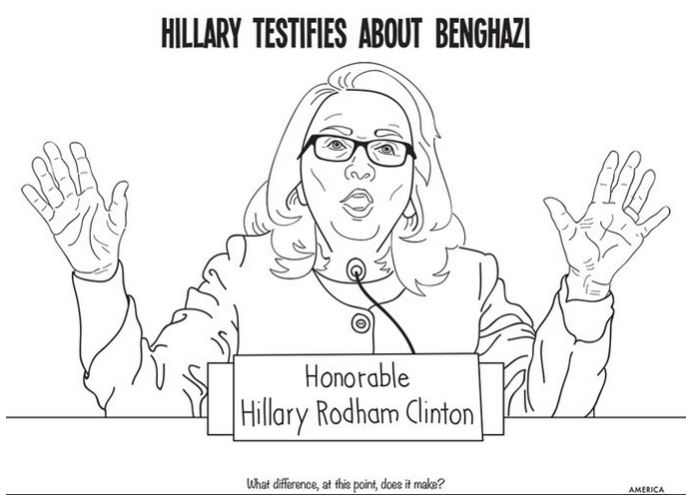 6. Hillary is the healthcare.gov of presidential candidates!

HILLARY AND OBAMACARE! AHHHH!!!!! Cue all that screaming and roaring from the original Godzilla!

7. Hillary is a rage-fueled maniac!

Poor Bill! She is SUCH an obvious hose-beast of epic  j-e-r-k proportions. And she cuckolded her loving husband so publicly, so shamefully! Oh, wait, NM! 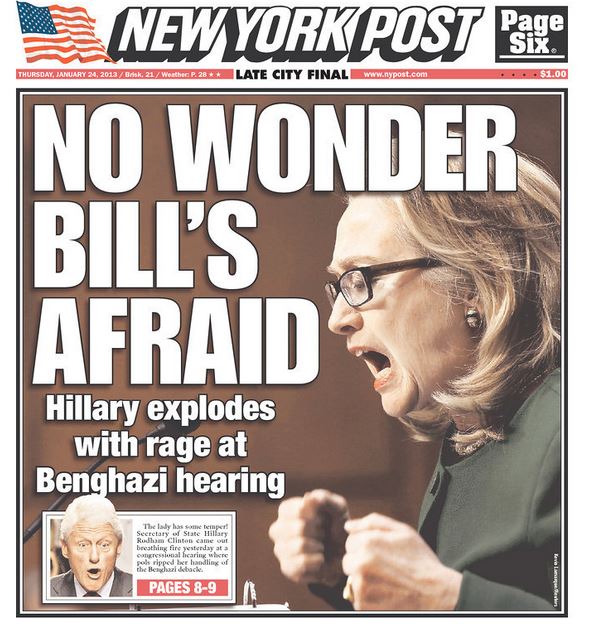 8. Hillary is addicted to deception!

Isn't there some 12-step program for that?

9. Hillary is an alien mother!

The story Fox News wish it had reported . . . 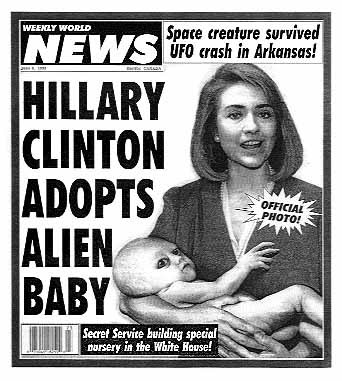 So there you have it, folks. If Hillary wins the presidency, the free world will officially be run by an alien-breeding, manic, temper-tantrum-throwing, anti-American, man-hating (and murdering) terrorist.

Don't say you haven't been warned.