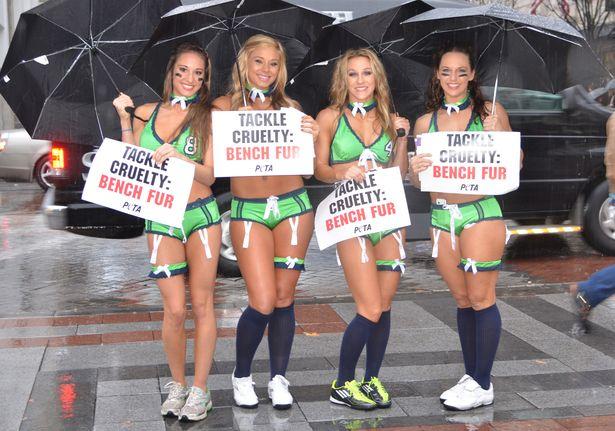 Let’s be not coy: Equating the suffering of people of color to that of animals (or in Vegan Revolution’s case, less tragic than that of animals) was kind of the philosophical and legal crux of slavery.

I was a vegetarian for three years. Yes, thank you, it was hard—but the girl I did it for was very beautiful. You understand.

Abstinence fosters identity. Eating clean food on a clean conscience. And you never run out of reading material; Meat consumption is informed by toxic masculinity; Can you even be a feminist and still eat meat?; Human violence is linked to animal cruelty; We’re all gonna die of thirst, if deforestation that sustains fast food franchises doesn’t strangle us all to death, and it’s all your fault, steak eaters!

The evidence of our indifference to what we deem “lesser creatures” is seemingly all around, and following it can take you into the darkest and foulest nooks of our society: puppy mills, animal testing, circuses and zoos where they perpetually sedate the animals so people can pose them for pictures.

The fight to liberate all life also brings out the base and malevolent in ourselves, too. (I’m, for the purposes of keeping this at a readable length, overlooking the demonstrable price gouging that happens in vegetarian/vegan-branded food and restaurants.)

Some people’s sense of justice for animals inspires them to start animal sanctuaries. Others learn a craft to provide needed wares free from animal products.

And there’s these jagoffs.

I.e., white people employing their vegetarian/vegan politics, who are not merely content to wallow in their indifference to people of color’s suffering, but flaunt it through the media.

Sometimes they even get dressed up for their turn on the catwalk—in 2009, PETA activists showed up at Madison Square Garden in Ku Klux Klan costumes to protest the Westminster Dog Show and breeding practices of the American Kennel Club. I can’t imagine what that must have felt like for any person of color who may have had a history of direct harassment from the Klan or other white supremacists in their family’s history—and clearly, neither can these fuckfaces, which probably explains why they’re smiling.

The Klan have had a more than passing cameo in the history of PETA campaign—in 2005, the organization launched its “Are Animals The New Slaves” exhibit, which showcased pictures of black people being lynched and sold at slave auction juxtaposed with slaughterhouses and pet ownership.

To their discredit, a glib apathy isn’t limited to people of color—you can probably guess the atrocities mined for their “A Holocaust On Your Plate” campaign without much coaxing.

Beneath a veneer of compassion for non-humans, proponents of vegetarianism/veganism/animal rights are able to market and profit from the violence humans like them have committed on others over generations.

If a black man being lynched and a cattle being slaughtered have anything under the sun in common, it’s that white people will emphatically parade documentation of their deaths before unwitting and unwilling people, in the name of “awareness”, to yield political and financial gains.

How white is the animal rights movement? Let’s have ourselves a perfunctory peer at PETA’s leadership. And now google image searches for “vegetarian people” and “vegan people.” I guess it shouldn’t surprise to see a stark, almost unilateral whiteness in the public demonstrations PETA uses to lure the public’s eye, conscience, and wallet. The sexualization of these spectacles and the way white supremacy plays into what we constitute as “sexy” aside, people of color not being able to gather in public to peacefully express their contempt at a societal norm without remorseless violence is a large factor in why we’re all having these discussions right now.

Last year, PETA offered to pay the water bills for struggling families in Detroit if they agreed to stop eating meat. Need we go into the racial makeup of those who were likely to be struggling in Detroit? This runs laps around “problematic”—this is coercion. This is attempting to take hostages. This is lording your financial plenty over those who have less. PETA used images of violence against black folk to solicit donations, and then, when given the opportunity to give back to that community, taunted them over their systemic scarcity. If you were having trouble keeping your water on, you might not be able to afford a vegetarian diet.

This is the sort of indifference to marginalized people you are party to and perpetuate when you take to social media to decry that black people being murdered and kidnapped on live television aren’t getting the same attention as chickens and cows.

Let’s be not coy: Equating the suffering of people of color to that of animals (or in Vegan Revolution’s case, less tragic than that of animals) was kind of the philosophical and legal crux of slavery.

This is not being an advocate for the speechless. This is white supremacy.

If violence against animals offends you so, why aren’t you out there speaking against the use of police dogs on protesters? Or Whole Foods and Five Guys Burgers, who between them move a lot of meat, feeding the National Guard while the schoolchildren they were shooting at went hungry—a stunt to sell burgers and overpriced organic marinated chicken to the same faux-macho patriots who sneer at your seitan and millet.

If “all suffering is the same,” migrant farm workers whose underpaid labor is used to power the meat industry could use even a fraction of the visibility you give to people who wear secondhand fur or take home a dog or cat would PETA would otherwise “euthanize,” which they do in the thousands every year.

Let’s share a moment and imagine if PETA  had used a portion of the energy it spent working to get Jallikattu banned in India, where no one in PETA’s leadership even live, on promotion and education around South Asian and South East Asian cuisines, which are largely vegetarian, fun to cook, and a lot more delicious than dried out fake chicken nuggets.

I left vegetarianism, as an ideology, because I don’t believe “animal rights” as they exist, have room in the movement for feminism. PETA’s fat-shaming, slut-shaming, sexist ad campaigns rival the grossness of the alcohol industry. They shilled John Joseph’s “Meat Is For Pussies”. Their silence on abortion, and the Animal Liberation Front’s historical waxing between “all abortion is violence” and “it’s okay as long as like, it’s before a certain period of time and if it’d be a danger to the mother I guess” make the movement fraught for women and other people who can give birth—which is sort of a deal given how the latter’s tactics are, from a distance, indistinguishable from those of reactionary pro-life activist.

You could make the argument that feminism might not have room for feminism—the racist, transphobic, queerphobic, capitalist leaning mainstream feminism that occupies the media derides and degrades most of the women for the relief of the few. Animal rights organizations follow their "human rights" counterparts in prioritizing the comfort and conscience of the most privileged in the movement over the marginalized, and then crying on social media whenever those marginalized people get any attention.

What dire politics we entangle ourselves in for a hot pink paisley bandana and a couple rugby stories.

Hiding behind your “I haven’t even breathed the steam off a brisket in 15 years” cred to overlook the oppression of people of color—i.e. the people who farm your fair trade quinoa—is not showing “a respect for all life." It’s a boast of your disregard for other people—the wrong kind of people, the lesser kind of people.

There’s nothing radical or counterculture in downplaying the systemic murder of black folk. Until a kid’s severed spine holds the same or greater weight as the meat in his killer’s sandwich, your supremacy remains as white as your $8 vegan mayonnaise.