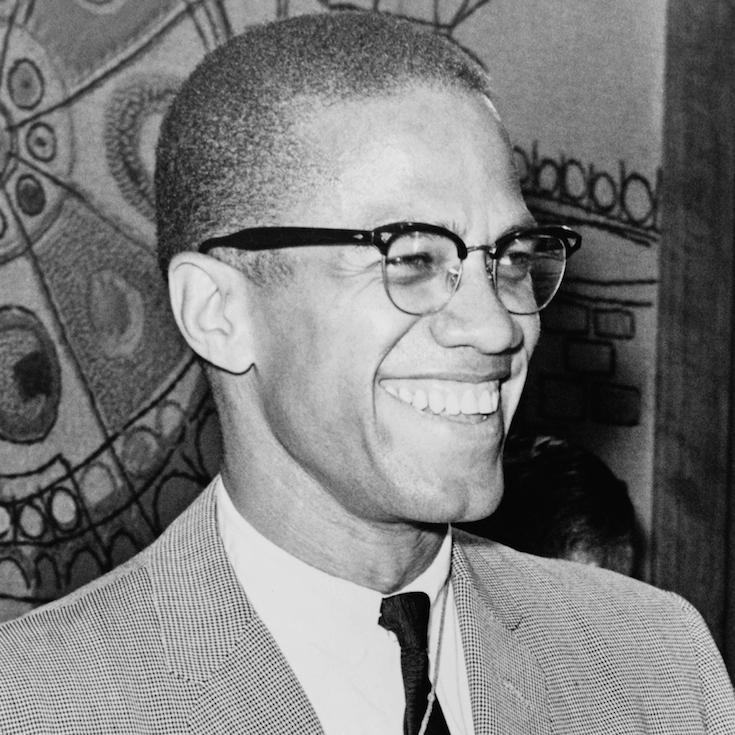 In the midst of erupting racial tensions across the nation, Malcolm X's birthday illuminates a pivotal question for protesters: Can violence be used effectively?

Though many remember Malcolm X as a radical civil rights activist of the mid-20th century, the notorious advocate actually promoted peace and denounced his anger in activism. Following a trip to North Africa and a pilgrimage to Mecca in the mid 1960's, Malcolm X returned to the US with a message: "Anger can blind human vision," he explained, before proclaiming that America "can actually have a bloodless revolution." Despite the years of violence Malcolm X encountered at the hands of oppressors, Malcolm X left this world with compassion as well as a desire for equality and peace between folks of all ethnicities.

Malcolm X's anger towards racial injustice is understandable. During his toddler years in Nebraska, white supremacy groups — such as the Ku Klux Klan and Black Legion — frequently attacked Malcolm X's family. A series of death threats, violent encounters, and home invasions forced the family to move twice before Malcolm X turned 4. At this time, his father — Earl Little — moved the family to Michigan, where their home was then burned to the ground. Little himself was murdered two years later, but local police forces attributed his death to suicide (which negated Little's life insurance money for the family). Following this, Malcolm X's mother lost control of her mental health. She had to split up the children and send them to different adoptive homes.

So, yeah, the man was understandably angry from the beginning.

In his youth, Malcolm X sold drugs and fell with a not-so-shiny crowd. He was arrested under burglary charges in 1946, and spent the next seven years reading in jail. During this time, Malcolm X grew fond of Nation of Islam (NOI) teachings. Once he was a free man, NOI  leader Elijah Muhammad appointed Malcolm X minister and national spokesperson for the NOI.

The NOI wanted to live separately from white people. It was at this time that Malcolm X preached civil rights "by any means necessary." Or, more explicitly, he stated: "Concerning nonviolence, it is criminal to teach a man not to defend himself when he is the constant victim of brutal attacks." Though much of Malcolm X's legacy as an activist occurred under the teachings of Muhammad, Malcolm X broke away from the NOI in 1964. He had come to disagree with Muhammad's teachings — especially after learning that Muhammad had children in extramarital affairs.

It was then that Malcolm X embarked on a pilgrimage to Mecca, and converted to traditional Islam.

Apparently, the brotherhood sensed by Malcolm X during his pilgrimage changed his beliefs. According to Malcolm X, he encountered “blonde-haired, blued-eyed men I could call my brothers.” No longer did he abide by Muhammad's anti-white diatribe. Malcolm X returned to the U.S., ready for a peaceful revolution, but was killed just before making a speech in February 1965.

He left us with an apology for his former ways:

"I shall never rest until I have undone the harm I did to so many well-meaning, innocent Negroes who through my own evangelistic zeal now believe in [Elijah Muhammad] even more fanatically and more blindly than I did.”

Malcolm X would not have felt his murder was in vain, for two days prior to his death he proclaimed his bravery:

“It is a time for martyrs now, and if I am to be one, it will be for the cause of brotherhood. That’s the only thing that can save this country.”

What can we take away?

In his last days, Malcolm X felt the U.S. could embark on a peaceful revolution. He reached this conclusion by spending quality time connecting to his faith, and his enemy — the "blonde-haired, blue-eyed men."

Perhaps compassion and connection to our own world are the instruments we need to make sense of modern injustices. Anger blinds, but compassion can heal, communicate, and teach.

I hope you don't mind if we steal a page from your book.