Why Do I Date So Much, Anyway? 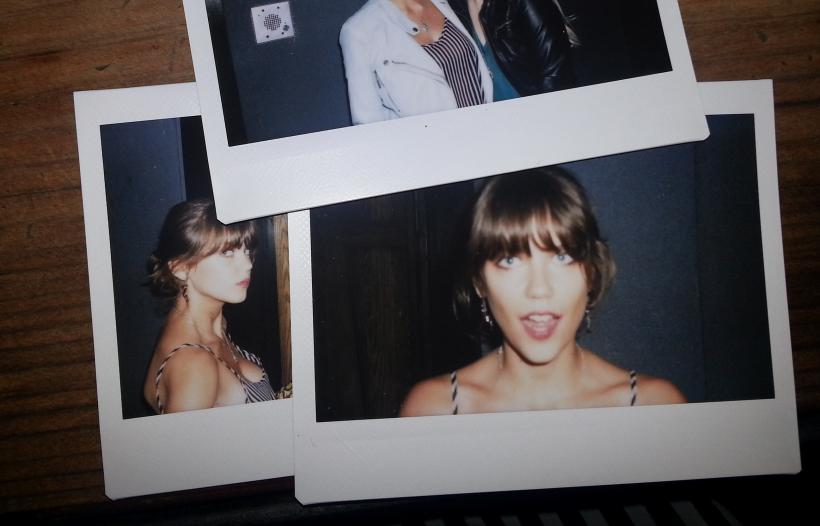 No man was perfect. Most angered me at some point. Many let me down. A few made me cry. One made me sob so deeply, I feared I'd never feel again.

"You know what, Giana?" he shouted.

I didn't want to know. I always seem to be messing up relationships*, somehow. This particular fellow, Karl, had gone on maybe six dates with me over a period of two months. He assured me he was fine keeping things casual. I was now convinced otherwise.

"You date the fucking WEAKEST men. I fucking PITY you — "

He continued, with blaring red eyes and an eerie shake to his composure.

I didn't understand why he was angry, but I suspected it was related to my desire to avoid monogamy with him.

Karl finished his tirade, stormed out of my apartment, and left me alone with my thoughts.

Never once did I agree with his sentiment.

I couldn't sleep that night. With my phone turned to airplane mode, I spent most of the night staring at my ceiling while thoughts dashed across my mind.

Why do I date so much, anyway? I always date mean men. Guys are so terrible. I've never dated a man who actually cared about me. They only care about my boob-to-waist ratio.

Oh, except for Aaron, who blatantly stated: "You're beautiful, but, honestly, I'm more attracted to your personality. There are plenty of pretty women."

Fine. But he's the only exception. All others are selfish, vile beasts.

Actually, Blaine was pretty un-vile. He read all of my articles while we dated, then, later, admitted he continued reading after we’d parted ways.

Cameron and I had a terrible relationship as teens. I used to sing Green Day's "When I Come Around" to myself as I read his passive aggressive texts (followed by my own obnoxious, woe-is-me pity parties). Two years after we broke up, he apologized and asked if we could start over as friends. We haven't looked back since.

Danny ended an annual trip with his friends early so he could escort me to a wedding. He knew I couldn’t face my successful, happy friends alone after losing my job. I remember he insisted on buying the couple a present, even though he didn't know them.  He showed up late to the ceremony because he’d been out searching for the perfect gift. I was so happy, I hardly noticed.

Eric was awfully nice to carry my heels through San Francisco's Mission District. He said I was carrying too much, and didn't mind the (numerous) stares he received. I wondered how many others would do the same for me.

Fritz. How could I forget? Once in college, I called him sobbing while trying to finish an important essay — at 1:30 AM, no less. Fritz got dressed and drove to the next town over to support me in person. He fell asleep while I finished.  I got an A on that paper.

Gavin didn't shy away from gross stuff. I drank too much one night, and retched in my bathroom while he laid still. "I'm s-s-s-so sorry," I stammered, as I walked back to bed. "This never happens." (Lie.) Gavin kissed me. "It's okay," he said, smiling. I realized I would do the same for him.

Not possible. I must be imagining the past.

Hugo dragged me away from a street harasser who spewed vile remarks about the various things he wanted to do to my body. Through my protests ("It doesn't bother me!" "I'm fine"), he knew I was lying. I didn't realize how grateful I felt until we were out of earshot of the man.

Ian went shopping with my friend and me one day. "I'm sorry for boring you," I whispered, as my friend shrieked over a dress. Ian laughed. "You're having fun. I'm not bored," he explained. I'm pretty sure he was lying, but it was nice of him to pretend.

Jack agreed to drive me home in the middle of rush hour. Upon seeing the jammed streets of San Francisco, I apologized to Jack for inconveniencing him. "I hate traffic, but you're worth it," he replied, smiling.

My mind raced through each memory. I decided I would later (try to) reminisce on Karl's nicer qualities. As I dozed off, I remembered:

Xavier gave me the shirt I was wearing that night. The day Xavier moved from our college town, he asked me over. "Another brother passed this down to me, but it's too small for me now. I want you to have it," he explained after I arrived. With its well-worn fabric and the large fraternity letters across its chest, it is the only clothing item given to me by a former flame that I choose to keep.

Yamal and I had a date later that week, I realized. I didn't know him well (still don't) and I wasn't sure where it was going (nowhere), but I was happy to look forward to it.

No man was perfect. Most angered me at some point. Many let me down. A few made me cry. One made me sob so deeply, I feared I'd never feel again. In matters of the heart, we have a choice: We can accept the lessons learned by pain endured, and smile at fond memories, or wallow in the hurt and allow ourselves to be guided by negativity.

That night, I chose the former. I fell asleep, feeling thankful for all of my crazy dating experiences.

It seems fitting that I spied one of the few men on the planet who makes me weak in the knees the following afternoon at an event: *Zane.

Though I had ended it, Zane lingered on the periphery of my desires. I watched Zane laugh with his friends. Though we were 20 feet away from each other, the passage of time exaggerated the distance exponentially.

I gathered the courage to approach Zane. I waved awkwardly, and walked towards him. My legs jostled like a newborn gazelle's. When I reached Zane, he was warm without being overly friendly. As always, Zane was that inexplicable mix of genuine and composed that I adored. Emotion rushed over me. Amongst the highs and lows, I felt a jolt of appreciation. Sometimes, the catastrophic pain and miraculous triumphs that come with relationships are worth it for simply knowing a person.

I took my nervous gait back to my friends. All the while, faces of the past infiltrated my thoughts. I thought of all the men who made me feel desirable, valuable, and worthy. Some brought such sensations briefly; others spent considerable time honoring me, the wonderfully (and terribly) flawed woman that I am. With absolute certainty, I would not be the same individual if I were to eliminate the experience of even one boyfriend, one fling, one casual encounter. With every strength and vulnerability revealed to me, I have improved my world-view and sense of self.

If it's "weakness" I have encountered, I'll embrace it.

*Names have been changed. Obviously.