On Privilege: Sometimes, The Struggle Is NOT Real 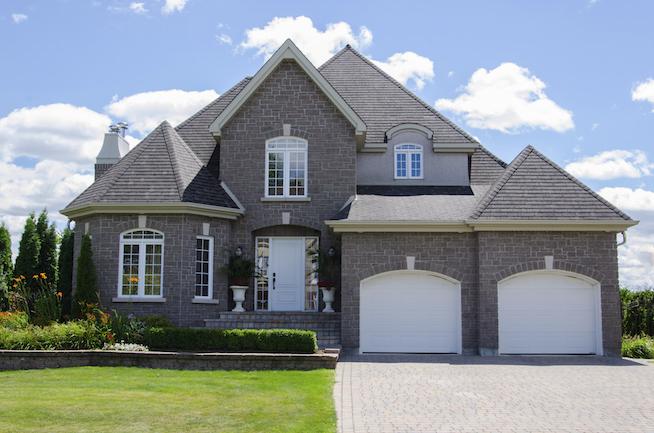 If right about now you’re thinking, “Seriously? Someone drop this lady off in Syria so she has some idea of what is actually worth writing about,” that’s basically how me and the rest of the Internet were feeling when we read "I Made A Huge Sacrifice To Buy My Home," described by one commenter “as the whitest article ever.”

Guys. Yesterday my yoga instructor was 15 minutes late to class. That’s 15 minutes taken from my yoga time. Sure, she could go 15 minutes over at the end, but we’re talking about a class that starts at 8:15 p.m.

I’m already not eating dinner until 9:30 p.m at the earliest. Last night in particular, my awesome boyfriend was waiting at our home, making a delicious pizza. It’s a quiet sacrifice to eat pizza after a yoga class, but my boyfriend likes to make dinner every now and again and pizza is his specialty; he even owns a pizza stone thingy and, yes, he is willing to make it just as I desire. So yeah, I was not willing to be an additional 15 minutes late. But this pained me.

If right about now you’re thinking, “Seriously? Someone drop this lady off in Syria so she has some idea of what is actually worth writing about,” that’s basically how me and the rest of the Internet were feeling when we read "I Made A Huge Sacrifice To Buy My Home," described by one commenter “as the whitest article ever.”

The piece begins: “We built a luxury dream home but can only afford to have two children. Most people do not understand this statement.”

Yeah, because it's ridiculous, but please. Go on!

Sure, they kept a budget for large expenses like the ride-on lawnmower and other landscaping supplies they’d need to tend to their “big, beautiful, safe backyard.” And they can still afford to take that yearly family vacation at the timeshare they own. “Our happy children have everything they need,” Scott goes on, seemingly oblivious, “and I am able to stay home with them while they are young because of the carefully premeditated financial choices we have made.”

But having a desired third child would force the family to downsize or require the author to return to work, which — she says — would take away from her quality time spent with the kids. Or else, they might have to give up that timeshare. So yeah, no third kid.

The author is just not able to accept this. She says it’s causing her heartache. “My uterus literally aches despite the fact that logic suggests we can't afford it right now.”

Come for the trollish dribble that misuses the word ‘literally,’ stay for a comments sections understandably infuriated by a conspicuous display of wealth. In the comments section, one woman shares her painful story of the hysterectomy she had at 26, when her only child was a toddler. She describes fertility struggles and miscarriages prior to having her daughter, who has autism. Another mother talks of her child, who was born profoundly disabled. People who work 60+ hours a week just to pay rent were understandably angered at what some are calling a “materialistic wretch” with “no idea how 99 percent of the country lives.” Sarah Scott talks about her family’s “meticulous planning” and America responds by reminding her and each other that few families are so fortunate to have not experienced layoffs, illnesses, or other unanticipated and uncontrollable events that can rock a family’s financial and emotional well-being.

You want to talk about sacrifice? Let’s talk about the sacrifices made by 9.7 million American families headed by a single parent. According to one source, the median annual income for female-headed households with children under 6 years old is roughly one-fourth that of two-parent families. Mother-only families are more likely to be poor because of the lower earning capacity of women, inadequate public assistance and child care subsidies, and lack of enforced child support from nonresidential fathers. Covering the cost of childcare, which is the major expenditure of single parents, often means compromising or forgoing other basic needs such as adequate food, housing and medical coverage. Experts say the chronic strains of poverty combined with task overload significantly and negatively impacts an individual's physical and mental health, and that poor single mothers in particular often experience a cycle of hopelessness and despair, which is detrimental to both themselves and their children.

All of which is not to say that Sarah Scott’s experience is not valid. Only that if she wants people to understand and truly empathize with her situation, she needs to understand and give regard to what her readers may be going through.

As a blogger and writing instructor, I sometimes feel sorry for bloggers like Sarah Scott. I actually teach a course on “cautionary tales” and believe me, this one is going in the curriculum. “Cautionary tales” are writers who are writing on a topic but unable to comprehend the different facets or nuances in what they’re writing about. Writers who cannot see past their own point of view. A Marie Claire blogger essentially asking “fat people are gross, amirite?” (the world, overwhelmingly disagreed). A self-described skinny white chick made uncomfortable by an overweight black woman in her yoga class. Another white woman writing about her zany adventures after donning an afro wig. These cringeworthy personal essays are all prime examples of writers who were out of tune with the subject matter and, as a result, out of tune with their audience.

Looking on the bright side, one might say that writers like Sarah Scott inadvertently create an opportunity for people who know to break down privilege. Here, for example, we’re talking and thinking about the meaning of the word "sacrifice" and true sacrifices American families may be forced to make. That’s great and all, but “teachable moments” like these come at the cost. For starters, it humiliates the writer. The way I see it, an editor’s job is to protect writers, sometimes from themselves. More importantly, it forces less privileged people typically relegated to the comments section or smaller platforms to educate more powerful people and institutions on issues related to their survival and basic dignity. At best, editors publishing misguided content is infuriating. At worst, it’s tragic.

I feel sorry for writers like Sarah Scott— and then I remember all the privilege that allows writers to be so tone-deaf in the first place, and the fact that privilege will surely bail them out (I mean, that 300 Sandwich lady got a book deal). Certainly, blog posts like this give me pause before publicizing my every “quiet struggle.” Let Sarah Scott’s story be yet another reminder to white ladybloggers everywhere: Sometimes, our struggles aren’t real.