6 Parenting Guilt Trips (And Why You Shouldn't Feel Guilty) 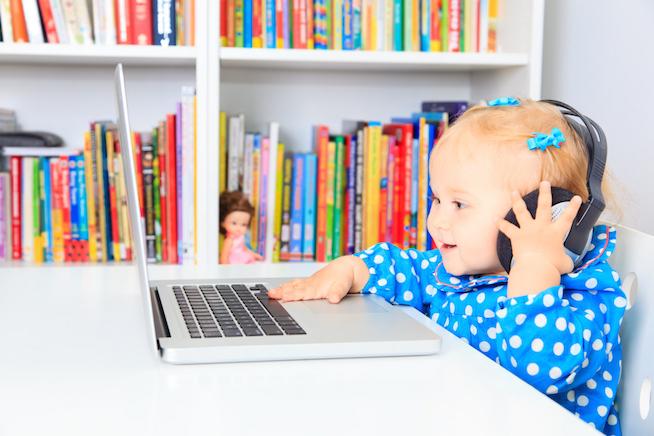 I’ve always said I would never encourage my child to use gadgets such as tablets and smartphones as, I didn’t want them to be dependent on too much tech. But now I have learned they are an essential godsend.

Parenting can be challenging . . . at the best of times. So when we end up doing all the things we vowed we would NEVER do when we had our own kids, we often feel like we've failed as parents. Well, guess what? You’re not alone, and it’s OK! So quit the guilt trip!

Before I became a mother, I’d watch other moms looking rather frazzled as they juggled work or chores with their over-excited children. I could see the despair of those who would eventually give in to their kids' demands just to get a moment’s peace (Did she just give Callum a whole box of Oreos at 8 a.m.? Really?) And while I secretly vowed to never become one of those overwhelmed moms, well . . . karma came back to haunt me.

Having a lively, bright, and animated 4-year-old son, I slowly began to do all the things I swore I’d never do. Suddenly the guilt set in: Am I a bad mom? Am I spending enough quality time with him?

Then I realized that I wasn’t the only one who felt guilty at times, and, in fact, it’s perfectly fine. It doesn’t make us inadequate moms, nor does it make us supermoms. It simply makes us the best we can be. After all, we are allowed to have the odd ‘off day’ too!

Here are some of my parenting guilt trips:

Looking for excuses not to play Lego Marvel or any superhero-related games . . . for longer than 10 minutes.

Don’t get me wrong, I love playing with my son. But anybody with kids that have a very specific obsession will understand that it is a whole other world. While they are happy to play Lego Marvel for hours and discuss the intricacies of each character's superpowers, I can’t help but switch off after 10 minutes. Especially when they expect you to know how to build the Hulk Buster and Doctor Octopus — and get it right!

Burying my head in the phone reading work emails while out at the playground.

I know it’s a bad habit. After all, the whole point is to spend time having fun together. But in my mind, while he’s busy running around in the park, it buys me some time to check my emails and social media updates. The only problem is when you realize that you had actually spent more time on your phone than on the slides and swings. Clearly not enough time in the day.

Bribery . . . because it works every time.

We’ve all used the sentence, “If you don’t tidy your toys now, you won’t get any ice cream/a new toy/I’m gonna tell your daddy when he gets home.” What happened to the good old days when toddlers just dutifully did as they were told the first time around? (That happened once, right?) Sometimes a little added motivation can speed things up. Mind you: bribery still works into adulthood.

Use of electronic gadgets.

I’ve always said I would never encourage my child to use gadgets such as tablets and smartphones, as I didn’t want them to be dependent on too much tech. But now I have learned they are an essential godsend. Obviously, in moderation of course! Many a time has the tablet or the Kids Apps on my smartphone saved me from a public meltdown (and I’m not talking about my toddler's).

When did my toddler become such a fussy eater? With such an aversion to vegetables, I tried every trick in the book to get him to eat them. But with no luck, I was left with no other alternative . . . it was time to slather them in ketchup. Hey, it worked for a little while. But even now he’s starting to call my bluff.

Hiding in a room just to get ‘me’ time.

As bad as it sounds, I have hid away in the bathroom with my Kindle just to get some ‘me’ time.  Often the non-stop chattering, ecstatic yells, and the surround-sound of, “mum, will you . . .”, can drive you slightly insane on a hectic day. So there’s nothing wrong with going AWOL in the house for a few minutes, just to breathe, clear your mind, and/or scream. Whatever helps you feel sane again.

If you like this article, please share it! Your clicks keep us alive!
Tags
parenting
guilt
mom-guilt