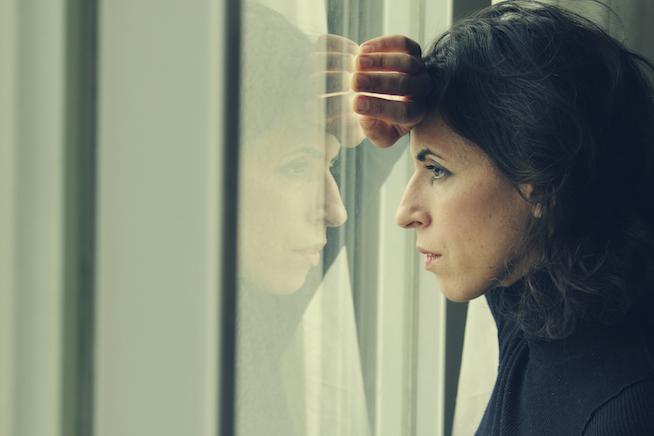 Often, when I go to the doctor and dutifully recite my list of troubling symptoms, they immediately respond with a reminder that my disease is progressive and has no treatment. That knowledge hasn't slipped my mind, and (shockingly!) I don't go to the doctor for that reminder.

On my 34-year journey to a chronic disease diagnosis, I saw many doctors and care providers — including 13 neurologists alone. Along the way, I have encountered doctors and nurses who ranged from saintly to downright nasty.

There are many open letters and advice columns from doctors to patients floating around online. They are designed to help patients maximize their time with their physician and to ensure that patients communicate with their doctors effectively. On the surface, it seems like a good idea to coach patients about how their doctors view them and to encourage them to present their concerns in a manner that their doctors will take seriously. Unfortunately, however, this doctor-centric approach is exactly what is often wrong with patient care.

1. It Is OK Not To Know The Answer

In some alternate reality, I hear that patients go to the doctor, the doctor immediately offers a diagnosis, and the patient leaves knowing exactly what her treatment plan will be. In my experience, that pretty much never happens. I have had doctors pull up Google in front of me, look up my symptoms on their iPhones, or even ask me to explain my disease to them!

While this might sound alarming, and I'll admit that it was jarring at first, I have since learned that the best doctors are the ones who are quick to admit what they don't know and to do their own research. These days, I steer clear of well — meaning physicians who claim to know everything about my rare disease — their hubris has led me to severe health consequences before and I have learned to place my trust in doctors who will be honest with me about their limitations instead.

2. I Am Looking For Quality Of Life, Not A Cure

Often, when I go to the doctor and dutifully recite my list of troubling symptoms, they immediately respond with a reminder that my disease is progressive and has no treatment. That knowledge hasn't slipped my mind, and (shockingly!) I don't go to the doctor for that reminder.

Although my underlying disease has no treatment, many of the symptoms of my disease can be treated, and even a small reduction in my symptoms can be life-changing for me. Yet, unless I really push my doctors for a treatment plan, they rarely offer any suggestions.

I understand that there is no pill to cure me, and I don't feel bad when my doctor doesn't have one to offer. Starting from the standpoint of improving my quality of life makes me feel hopeful about my future, instead of reminding me that there is no cure, and it should be my doctor leading that discussion — not me.

3. You Don't Know My Experience, But I'm Happy To Share It

A few weeks ago, I had to see a new doctor for a minor ailment while my primary care doctor was booked. During the appointment, I mentioned that I have been anemic since childhood. The doctor immediately told me that I couldn't possibly be anemic enough to need iron infusions, as my regular doctor had suggested, because it makes you "sooooooo exhausted, it's like you're going to collapse."

I'm pretty sure that I stared at that doctor like he had three heads. I am, after all, a mitochondrial disease patient, which literally means that my cells don't produce enough energy to power my body. Yet, somehow, this new doctor had decided that I was both not anemic and not exhausted within the first three minutes of meeting me. He never asked a single question about my fatigue level, and apparently based his assessment of me on whatever ideas he plucked out of thin air. Or his ass.

While that is a pretty extreme example of a clueless doctor, I am afraid that a lack of understanding of the patient experience is extremely common. Since most doctors aren't invisible illness patients themselves this isn't shocking, but what is shocking is that most of them simply do not ask their patients about their experiences. If this doctor had asked about my fatigue level, he would have known that it was in line with severe anemia — which was confirmed by the blood test he finally agreed to order.

It can be hard for doctors to look at me, smiling and even laughing in front of them, and understand that I am experiencing severe fatigue and relentless pain. But the simple reality of chronic disease is that you adjust to fatigue and pain that is unimaginable to those who have never lived it because you have no other choice. Do not make the mistake of assuming that you know my experience — ask me and listen to my answer.

4. Having A Chronic Disease Can Be Depressing, But That Doesn't Mean I'm "Just Depressed"

Along the way to my diagnosis, some doctors resorted to psychological causes to explain symptoms they simply couldn't explain. One told me I was just too fat, another suggested that perhaps I was unhappy in my marriage, and yet another was convinced that I was just plain stressed out and overworked. While it's true that I am fat, now divorced, and probably stressed out, it's equally true that I also suffer from a genetic disease.

Unfortunately, when doctors run out of ideas — and sometimes even when they are first confronted by a woman with a health problem — they often take the easy way out. Dismissing the patient's real physical symptoms invalidates their experience and can also prevent them from receiving an accurate diagnosis and appropriate treatment. Furthermore, these inaccurate diagnoses can make the chronically ill less likely to seek out mental health assistance for fear of being labeled "crazy" down the line.

In medical school, doctors are trained to start with the most common explanation of symptoms first and work their way down to the least common. While that is great if you have a common ailment, it is part of why many silent disease sufferers report an average of 7 to 10 years to diagnosis. The system simply isn't well-equipped to deal with medical outliers, and many doctors stop testing if the first few tests come back normal because they lack the expertise to delve into the less common causes.

A doctor once told me that a normal test result in the face of abnormal symptoms meant that she simply hadn't run the right test yet. Not long after, my doctors found the right test (a muscle biopsy), which led to the correct diagnosis, and my once inexplicable symptoms suddenly became not just reasonable but completely expected. The only difference was in the test they ran, not my symptoms or my experience.

While flow charts and rubrics are helpful learning tools, they should never take the place of listening to the patient, taking a full and complete history (because, sometimes, it's that minor ailment you barely remember to mention that truly matters!), thinking outside the box, and focusing your work up on the belief that the patient is telling the truth and that it is your job to figure out what is causing the symptoms. No test can ever take the place of a patient's own experience, and it is important to always keep that at the forefront of patient care.

If you like this article, please share it! Your clicks keep us alive!
Tags
chronic illness
Depression