The Reasons Why You Are Binge Eating And How I Stopped 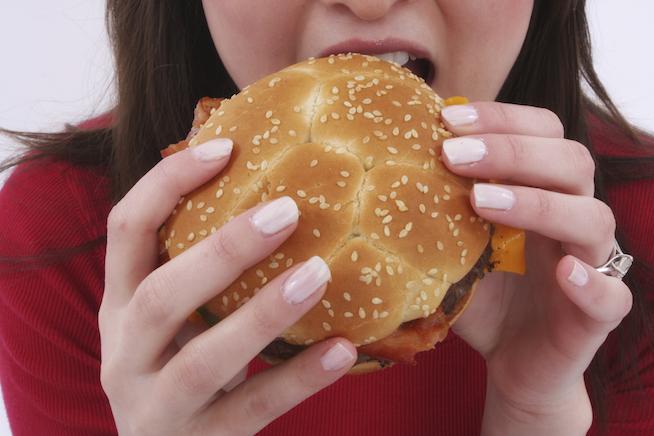 If you think you are a food addict, please reconsider...

I was a binge eater for the first 24 years of my life.

As far back as I can remember, I would binge on food. My mom was a health nut and very judgmental about junk, and I wanted Goldfish, goddamnit! I felt like all that almond butter was stopping me from having a full childhood. And so I did my best to get in as many Cheez-Its and Fruit Loops and Snickers when I could.

Lots of my food mania happened outside of my own house, where the cool snacks were — at other people’s houses, at holiday dinners, or at the snack bar at the pool. Y’know — whenever I could get that elusive junk, I would. And I would eat it as fast as I could and ignore the world around me.

And when I was on playdates at friend’s houses it was all I wanted to do:

“What do you want to do, Caroline?”

Full?! What does full have to do with anything?!

I had no sense of normal eating. It was just a constant state of “Let’s EAT IT ALL before it goes away!”

I thought I was just doomed as a food addict and that it was just my burden to bear. I would try intuitive eating, and find some temporary relief, but my fundamental beliefs that delicious “bad food” was not really allowed kept creeping back in.

By this point it had become about weight. What started as health food rebellion quickly became about trying to control my weight. So bingeing became the thing I was determined to dominate.

So I dieted more. I prayed that my gluttony would be taken away. I dieted. I dieted harder. I wrote angry letters to myself. I got energy work. I cut out all carbs. I went to acupuncture. I tried to use The Secret (Positive thoughts! Pretend this is not happeninnnnnggg). I counted up calories and berated myself for going over 1,200, or 1,600, or 1,800, or 2,000, depending on my current philosophy and intensity. I ran. I cut out bad foods that make you binge. I went on fad diets where I ate lots of calories but only on very specific foods. I wrote more angry letters to myself. I wrote more letters to God. And again, I tried intuitive eating where I listened really closely to my body’s hunger cues.

The one constant in my life was that no matter what I was trying, it would devolve into a binge that I couldn’t control, and that I then felt horrible about.

Finally, in what I refer to very adamantly as an epiphany, I realized that this was never getting better and I had to stop. I had been miserable for 10 years. So I dramatically and emphatically decided that I’d rather be fatter than continue do this to myself. I decided to end the cycle at its root: weight.

I had this strong sense that if I decided to eat anything and everything I wanted, that things might finally normalize. And I decided this was the only way, because I had genuinely already tried everything else.

Each time I tried intuitive eating, it always eventually backfired. And finally I realized this was because I was always trying to control my weight.

So I ate and ate and ate. I was really hungry all the time. I was scared and nervous, but I kept eating. I kept trying to listen to what my body wanted, but not in an obsessive, weight-fearing way, instead in a way that I hoped to truly nourish and give my body more food than knew what to do with.

And it worked. After months of lots and lots of eating, it became normal.

Four years later, I am here to tell you emphatically that the root cause of bingeing is restriction.

If you think you are a food addict, please reconsider.

Are you physically restricting your food, even a little bit?

And not only that, are you just mentally restricting your food? Just like when I was little, if you think you aren’t allowed certain foods, your appetite will lead you to binge.

Another important cause is the even deeper underlying cause of physical and mental restriction: weight control.

As long as you are restricting or trying to control your weight, even a tiny bit, there will be a backlash.

My intuitive sense about my eating was right. I’m a total normal eater now. I forget about food all the time — which is something I just thought people were lying about. I also eat a lot of food — nourishing and decadent— and my weight is more stable than it ever was before.

The reason you are still bingeing is something you can decide to step out of. Friends, stop restricting your food. Your body’s got this.

If you like this article, please share it! Your clicks keep us alive!
Tags
food addiction
bingeing
eating disorder
body image
dieting