Ask Erin!: Is He Just Not That Into Me? 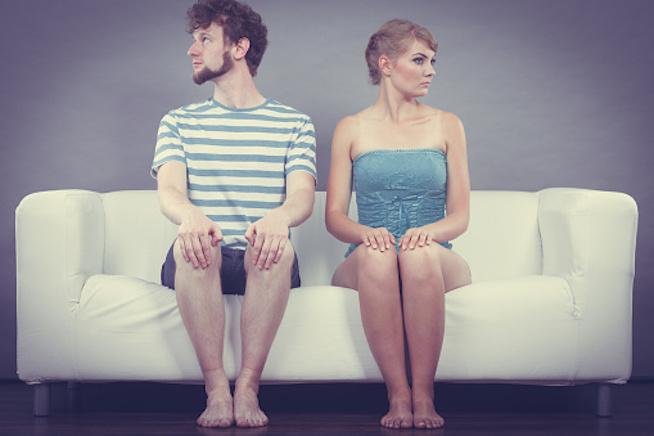 Hi, I’m a 31-year-old woman. I met a guy at a party, he took my number, and texted me first. I responded. Then I called him a couple days later and he called me back. We had a great chat, I asked him out. We set up a tentative date as we both have odd work schedules. He texted me the morning of that he was feeling sick and he wasn't sure about the date, but he definitely wanted to have the date later. I absolutely respect a guy who lets me know in advance.

Now I approach dating as glass half empty since many guys show interest and then end up flaking on me or stringing me along. I don't mind if a guy isn't interested, but I absolutely despise men who lead me on. I never lead people on, if I'm not interested I will not go on a date just because I have nothing better to do. I guess I expect the worst, as I have gotten the worst.

A day after we were supposed to have our date, I texted him asking how he is and he said he felt better. He took forever to text me back and never asked to reschedule. The convo ended with my text saying I was glad he felt better. If I was interested in someone I would ask them out as soon as possible.

Let’s just say I spent days looking forward to the date and now I'm ready to "lose" his number. Opinion? The last time a different guy flaked on me twice, told me he still wanted to take me for drinks and I never saw him until 3 months later when he actually attempted to apologize. Should I write this one off? Is he just not that into me?

Ah, the old “he’s just not that into you” conundrum. I’m from the school of — if someone is into you, they’re making the effort. Maybe he is already seeing someone else, maybe he changed his mind, maybe he was never that into you, maybe he was really hungover because he can’t control his drinking, or maybe he’s lazy. It doesn’t matter. It has little to do with you, because he doesn’t know you.

Also, in my experience, a little cold never stopped me (or anyone I was dating who was interested in me) from going out with someone I liked. Maybe that’s socially irresponsible, in terms of exposing others to germs, but it’s true! (Unless we are talking stomach flu/food poisoning etc. because that’s just gross.)

In romantic situations, I think you’re better off starting things with someone who is showing a clear interest in you and vice-versa. No one wants to waste their time being half-assed. Limp love is a drag.

Move on from this one. If you hear from him at some point, it’s your choice, but I would likely decline an invite. He’s shown you that he’s not that interested, or he has some complicated situation in his life that is preventing him from pursuing you, which results in the same ending. People readily show you who they are, quite quickly. It’s just that we don’t always want to see it.

This article originally appeared on RarelyWrongErin.

If you like this article, please share it! Your clicks keep us alive!
Tags
rarely wrong erin
advice
relationship advice
love advice