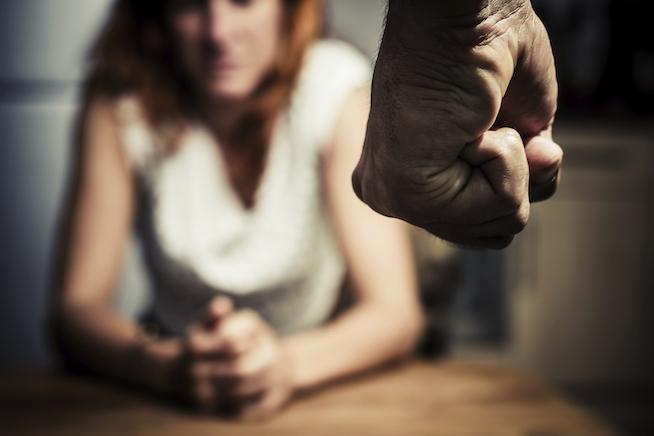 The image of myself as a loner who just preferred playing alone shattered just last week. It wasn’t because I chose to, it was other parents not wanting their kids in my house. His house.

I could not be a bystander to domestic violence again. I would not sit on the sideline and feel the helplessness with a fresh encore.

As a child I had a magical ability only to remember the good — as if my brain wouldn’t store the bad. So by all accounts I had quite a good childhood, we lived in a cute little house in a small fishing village. I was allowed to roam around the neighborhood without supervision. We went camping in our caravan and I made mud pies in the garden.

It wasn’t until I started to put the puzzle together as a grown-up that I realized that those magical moments of being free and roaming around were actually me avoiding going home. All those times I asked what time it was wasn’t because I didn’t want to be there, I just didn’t want to go home. Worse yet, I didn’t want to be late back. The image of myself as a loner who preferred playing alone shattered just last week. It wasn’t because I chose to, it was other parents not wanting their kids in my house. His house.

You see, my house was ruled by an iron-fisted, smothering kind of man. A man who is best described as an overgrown toddler throwing a tantrum. But the thing is, I couldn’t do anything. I couldn’t help myself, let alone my mother. I was a child. It just became the norm, it was the way we were and my brain just stored it away, never to be relived or remembered.

Fast-forward through them divorcing, and my mother and I finally connecting and getting to know what it was like to thrive, not just be. My mother became my heroine, a strong, independent woman that could do anything. She had finally found a way to keep us safe. I thought that was the end of the sob story, and now we were destined for the fairy tale ending.

She became another statistic, something I thought unimaginable. My mother married another man. A violent, manipulative monster, convicted of beating his former partners. She knew what he was going into the relationship. I knew, too.

It all came flooding back. The stifled silence, the smashed windows, the blood on the floor, the slapping, the shouting, the threats. The shame. The verbal put-downs that still sing in my head and left a wound that would not heal. In hindsight, I probably experienced PTSD, but whatever label we put on it, I said stop.

I tried to make her see sense; I pleaded, begged, and bargained. I called the immigration office to have him deported. I did everything I couldn’t do as a child the first time around.

It didn’t work. She picked him.

I could not be a bystander to domestic violence again. I would not sit on the sideline and feel the helplessness with a fresh encore. I had to do something that would work. I did the only thing I could. I shielded myself. I became what I needed as a child: my own protector. I cut off all contact — out of sight, out of mind, I thought. I would not let violence ruin my life yet again.

People judged me for this act of self-preservation — they didn’t understand why I did it. This somehow made the situation worse. I’m not saying that it helped her in the slightest, but you can’t help someone that doesn’t want helping. I did it to help myself.

My magical brain didn’t work quite as well this time around. I couldn’t just take the good and leave out the bad. It spilled into my own life when I became somewhat overprotective over my own little family. The main goal was to avoid the pain. Though I managed to physically avoid the actual violence this time around, I’ve since learned that suffering isn't that straightforward. Most of the mental anguish comes from avoidance. Domestic violence had left a sting in my life yet again.

The thing with any type of violence is it doesn't just affect those directly involved. It leaves a scorched, barren trail of destruction that often perpetuates through generations. The important part is to take a stand against it to break the cycle in any way you can. If it means shielding yourself, do it!

So much has been written about domestic abuse in the media, mainly from the standpoint of the abused or the abuser. The bystanders — the children, the families that can do little but wait — are often left out. It was only last year I read about the effect growing up within such a household has on children. Until then I had thought of myself as weak for having my childhood still haunt me. That's survivor's guilt. It didn’t really happen to me, so do I have any right to feel this way?

The thing is, it did happen to me. It was what I grew up in and it is still an ongoing issue I’ve had to learn to live with. No amount of armor or coping mechanisms have really worked to free me from the burden of feeling like I am my mother’s keeper.

Fast forward to yet another divorce. She got out alive — barely.

We’ve only just started talking again — well, we don’t really talk. We politely acknowledge each other when in the same room. There’s so much that needs mending that I don’t know where to start. My heart is still bleeding from the hurt. In spite of my fears, I feel like I’ve got to try, yet again. If only for something good to come out of all this.

If you like this article, please share it! Your clicks keep us alive!
Tags
domestic violence
Children
trauma