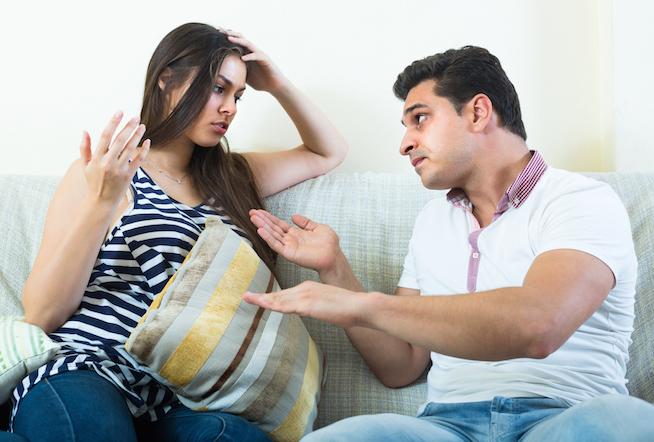 She’s made all the mistakes, so you don’t have to…Ask Erin is a weekly advice column, in which Erin answers your burning questions, about anything at all.

I’m afraid I’m going to lose my wife to AA.

My wife and I are both in our mid 30s and we’ve been married for six years, together for nine. When we met, we both drank socially, or I thought we did. I started noticing after we got married that her drinking increased. I wrote it off as being caused by stress (she works in a high-pressure environment). Then, about two years ago, she got pregnant. I think we both had mixed feelings about it, in terms of where we were at career-wise. She ended up miscarrying at 10 weeks. After that, her drinking got worse, and she started taking Ambien to sleep. That combined with the increased drinking, led to some sort of erratic behavior.

In January of last year, she was in involved in a car accident and was charged with a DUI. It was a wake-up call, she stopped drinking, but she was injured in the accident and began taking pain medication. By April, it was clear to me that she was abusing the medication and she started drinking again, even while going to AA meetings. In May, she agreed to go to an inpatient treatment center and has been sober since then.

I’d like to say that everything in our marriage has improved, but it feels like it’s actually worse. I rarely drink and have not had anything to drink around her since then. I have been to family group meetings through both her inpatient and outpatient programs, I’ve tried to be super supportive, we’ve done some weekend trips that were supposed to be romantic, but she continues to keep me at a distance.

She goes to AA meetings pretty much every day, which is fine. But, her whole life seems wrapped up in meetings and her friends from meetings. I feel like the distance is growing astronomically and I want my wife back. I want what we once had back. When I try to talk to her about it, she is so defensive and says I’m not being supportive. I feel like I am walking on eggshells, in a sexless marriage. What do I do?

It’s not uncommon for a spouse or significant other to feel left behind or left out when their partner gets sober. I can understand how it feels that way. This is not a hopeless situation, but you need to approach it differently.

At the foundation, your focus needs to shift from her, and what she is doing or not doing, to you. In early sobriety, the alcoholic or addict should be putting their sobriety/recovery first, before everything, even you and your marriage. If she starts drinking and using again, it will surely lead to the demise of your marriage and will not benefit anyone. I know that it feels unfair, but you can’t stay on a sinking ship because you’re afraid to swim. Know what I mean?

Usually (and in particular, gleaned from my own experience), the relationships we have when drinking or using are not healthy, and the unhealthy behavior usually comes from both parties. That may be hard to see from where you stand, but every relationship I had while using drugs depended on my partner’s codependency. Neither of you know how to operate in this new dynamic, but you can learn to do so.

You can’t and shouldn’t try to get back what you had because what you had was very broken. Direct your energy towards rebuilding, from scratch, a new, more honest, healthier marriage. And it will take some work, from both of you.

I would highly urge therapy for the two of you, both separately and together. I would also encourage you to check out some Al-Anon or Coda meetings (my suggestion, for the second week in a row!) that can be highly beneficial for anyone in a relationship, but especially for those with loved ones struggling with alcoholism/addiction or in recovery.

She needs to concentrate on her own recovery, as you do yours. Clearing through the debris of the past, first separately and then together, will not recapture what you had, but can make way for a far better future.

If you have a question for me about dating, addiction, love, hate, Maldon sea salt, Beverly Hills, 90210 (duh), or anything at all, email me at rarelywrongerin@gmail.com. As always, your anonymity is golden. xoxo

If you like this article, please share it! Your clicks keep us alive!
Tags
alcoholism
addiction
recovery
aa
marriage advice
sobriety