Why I Defend The Person Who Rejected Me 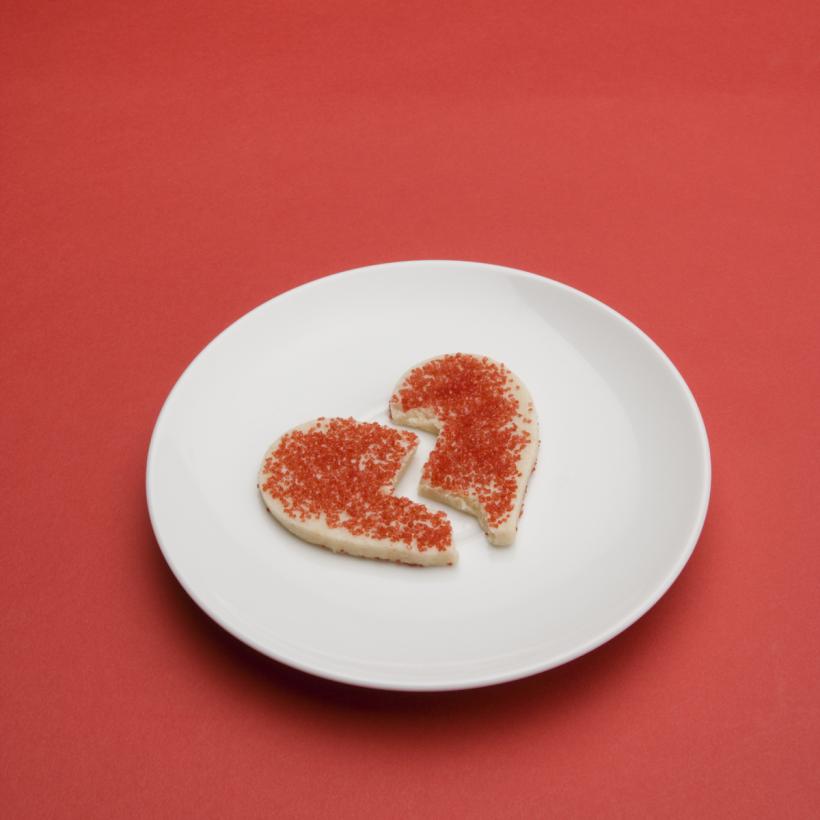 She explained that she had been caught off-guard and had been projecting her own deeply-rooted body image issues onto me. Image: Thinkstock.

People make mistakes. Sometimes, they react poorly when they’re exposed to something shocking.

Last week, I shared a very personal story about rejection (which you should absolutely read before this if you haven’t yet).

Even though it's been over a year since it happened, and I’ve changed in countless ways, I found myself in tears while writing the end of the piece.

I couldn’t stop thinking about why that was the case.

I’ve found that self-image is a lot like a canvas: It’s blank at birth, but every experience that shapes and changes your personality, every moment of triumph or fragility, is a brush stroke on that canvas. As we develop as people, the canvas fills up, and the old brushstrokes are eventually painted over with new ones. No matter how the image changes or how many times it’s been painted over, the texture and weight from those previous brushstrokes will always be there. Those formative and painful experiences never truly leave you, no matter how much you grow.

How I felt at the end of that night stayed with me for a long time. Once I became a body positive writer and speaker, I told the story of that night on podcasts and in interviews as an example of the sort of reaction I was afraid of prior to my video about my excess skin going viral.

Every time, the interviewer made a comment about how Dana was “the ugly one,” not me.

And every time, I told them I didn’t want her to be vilified or insulted.

Ten months after that night, in December of 2015, I received a message from Dana. There’s really no way to remember the message without making it way more poetic than it probably was, but it was an apology.

She told me how terrible she felt about that night, especially once my video was all over the Internet. She explained that she had been caught off-guard and had been projecting her own deeply-rooted body image issues onto me.

Dana also explained that she hadn’t apologized sooner because she thought I hated her. She’d listened to one of the podcasts I was on, and heard me defend her when the host made a comment about her. Though she was grateful, she asked me why I had defended her.

People make mistakes. Sometimes, they react poorly when they’re exposed to something shocking. I’ve learned to love and find the beauty in my body, but I’ll never pretend it isn’t a jarring sight at first. Self-esteem comes with self-awareness. If I were socially exiled every time I drunkenly make a bad first impression, I don’t think I’d have any friends.

We also need to think about how we approach moments like these, when we feel deeply and personally attacked.

We can’t let hostility and spite motivate or discourage us.

My mentor and dear friend Hope Leigh of the Dance Free Movement, taught me an important lesson about the way we react to hostility: If your objective is to educate people, you can’t (within reasonable limits) respond to insults or hateful language with the same sort of hateful language. You can’t teach away hostility with more hostility.

Because I handled it with patience, though, she was able to take the time to think more about the situation and why it happened the way it did. This got her to confront her own body image issues, which never would’ve happened if she’d felt vilified.

Most important, though, is how we allow rejection to bleed into our self image.

I have a long history with rejection. When I was most insecure, I allowed it to motivate me.

I’ll show them, I’d think to myself. I’m going to make these changes and then they’ll regret ever rejecting me! In retrospect, it sounds like the kind of thing a supervillain would say.

While it’s wonderful to want to look good and impress people, doing so out of spite is a dangerous line to walk.

Body positivity is a two-way street: When we decide to become body positive, we must refuse to let the opinions of others continue to dictate how we value ourselves.

Hostility and spite should neither motivate us nor discourage us. Our journey toward self love is one that exists within each of us, independent of the comments or opinions of those around us. When we hold onto grudges and let negative emotions like spite push us forward, we still put our self-image in the hands of another — only this time, instead of doing it to gain acceptance, we do it to prove people wrong.

No matter the context, if your sense of self is dependent on someone else, it’ll never be enough.

When we’re hurt by someone, it’s easy to hold onto. However, things like anger, resentment, and spite continue to grow inside you with time. It can end up consuming you.

For your own sake, sometimes you just have to let go, no matter how difficult it is.

If you like this article, please share it! Your clicks keep us alive!
Tags
rejection
dating
Love
Relationships
patience
spite
acceptance
personal attacks