In The Wake Of Orlando: How Do I Help My Child Cope With Tragedy? 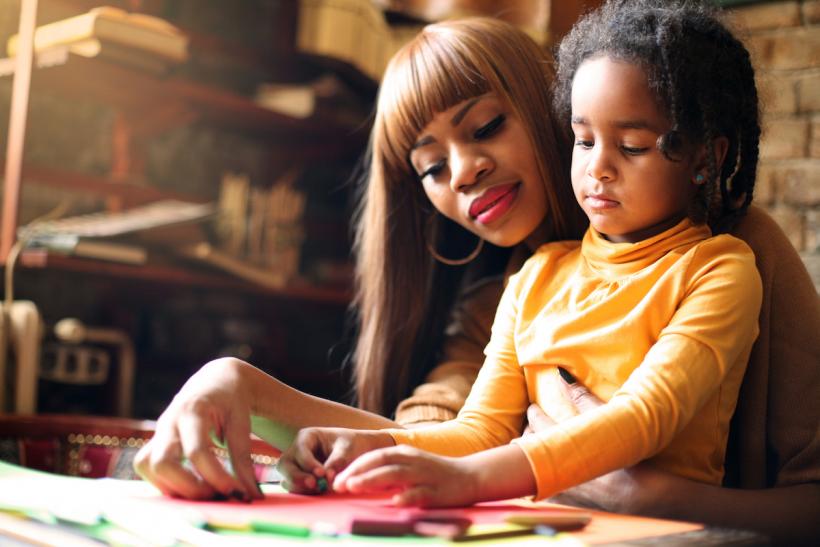 Just be with them... Image: Thinkstock.

Just be with them. The only thing more comforting than routine, is the security of a present parent.

In 2001, we still consumed most of our news via television, The Today Show acting as background noise during a busy morning; Katie Couric and Matt Lauer providing the soundtrack for our breakfast.

So on September 11, 2001, my oldest child had a front row seat to the most profound tragedy I had ever witnessed.

Why did someone kill all of those mommies and daddies?

Who would do that?

Are they going to do that here?

Today 49 people were killed in an Orlando nightclub (50, if you want to include the shooter. I'll make the designation, because I don't, at least not today). A man walked in and opened fire. He used a semiautomatic assault rifle — obtained in the last week. He obtained this weapon legally. Why he had a semiautomatic assault rifle, we can only conclude, was for this express purpose. Forty-nine people are dead. Fifty-three more are wounded. The forty-nine casualties, in this case, earn this shooting the title of “worst” mass shooting in American history.

As if any shooting is better than another.

We are shaken, to our foundation, over and over again.

And our children are shaken with us.

Especially when we don’t want to.

On any given day, most of us are just trying to do adulthood — to remember to pay the mortgage, file quarterly taxes, wash clothes, raise kids without hitting them or yelling at them or forgetting to buy end-of-year teacher gifts.

And then, on an ordinary Sunday, we have to explain why a man walked into a club in Orlando and killed 49 people.

Speak on their level

Both physical and emotional. Meet small children at the ground. Sit with your children and talk to them in language they can understand.

Kids will tell you what they are ready to know by asking you questions. Answer them.

If they ask, tell them.

You don't need give them answers they don't ask for, but if they ask, tell them.

If you are feeling sad, feel sad. Masking emotions for the sake of children only perpetuates the idea that the emotions are bad. Be honest about your sadness. Cry if you need to, and encourage them to do the same.

Hysteria is real, I know. But sometimes adulthood means keeping things on the level. Model calm and your children will feel calm.

Hysteria does not help them, or you.

They may be sad, angry, frightened. You can’t necessarily fix those feelings, and running through them is important for anyone after a tragedy. So let them run through them.

Let them be angry. Let them be sad. Acknowledge those emotions with a simple statement, “I see you’re crying. Are you feeling sad?” Just be present. Tell them that they may have a lot of feelings, and that all the feelings are ok.

Talk therapy is probably the best way to work through almost any problem. Tragedy is no exception. Just let them talk about it. Sometimes children don't necessarily need concrete answers.

If you are able, do life as usual. Go to work/school. Keep mealtime, bath-time, bedtime on the typical schedule. In chaos, not much is more comforting than routine.

Just be with them. The only thing more comforting than routine, is the security of a present parent. Take some extra time with them.

In cases of violence toward specific groups of people, address the hate

Sadness is felt by everyone.

And sometimes it’s because people are unwell

Tell your children that, too. Sometimes people are sick, their brains aren’t functioning properly and they need help. Mental illness may be more abstract to children, but illness is not. Kids understand sick.

Look for the goodness

In every awful situation, there are good people. Find them. Public service professionals, police officers, firefighter, paramedics, doctors, nurses, citizens, they are there. Point out the good that they are doing.

In Orlando there was a call for blood donation, thousands of people came out to help. There is a valuable lesson there; even in the most awful of circumstances there will always be heroes. There will always be good. Find it. For them and for yourself.

Find a way to give back

Even if you can’t do anything for this tragedy in particular, you can do something. Donate money. Give time. Give food. Show compassion in your daily life.

There is power in action.

You are your child’s first example of what the world is — be a good one, trust that they will internalize this and imitate it.

Tragedy doesn’t stop for end-of-the-year teacher’s gifts or vacation or summer break or the mortgage; your children will either learn this through you, or on their own later.

And I read NPR every hour to check for any new developments in the Orlando shooting, any information, any hope.

I picked kale and pulled weeds, and made dinner and washed dishes, and fed the chickens, and swept, and made list of things I need to do tomorrow.

I thought of 9/11 and the confusion only a 6-year-old can convey when something tragic happens.

And I wrote this so that the tragedy wouldn’t consume me, and so that it might not consume you.

If you like this article, please share it! Your clicks keep us alive!
Tags
Pulse Orlando Shooting
Children
tragedy
sadness
coping
parenting